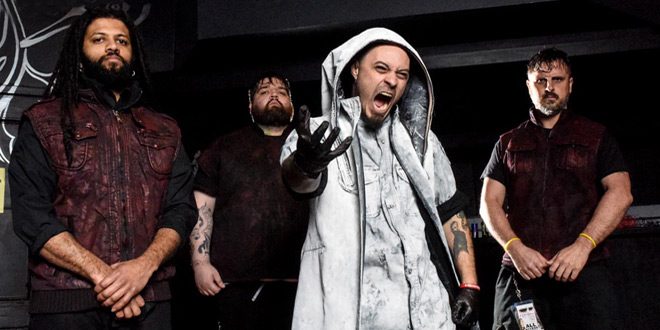 Former Mushroomhead Co-Vocalist Waylon Reavis gives fans something to bang their heads for with his new band A Killer’s Confession and their debut disc, Unbroken, which arrived on April 28th via EMP Label Group.

As mentioned, Reavis is probably best known for his nine-year stint with the noteworthy Metal band Mushroomhead. Having parted ways with the group in 2015, he sought a new avenue for his musical talents, a venture that took the shape of A Killer’s Confession (initialized as AKC). “I am so proud of this project, and being able to come back with an absolutely killer record, with killer musicians,” Reavis states emphatically. “Anyone who has been a fan of anything I have done previously is absolutely going to be ﬂoored by AKC.”

A Killer’s Confession debuted in late April with Unbroken, their first studio album, produced by Reavis himself (though the lead-off single, “A Killer’s Confession,” was co-produced with Thom Hazaert). Recorded in Kentucky, the debut comes thanks to David Ellefson of Megadeth’s aforementioned EMP Label Group. A collection of (lucky) thirteen Industrial Metal tracks, the album places A Killer’s Confession – Reavis, Matt Trumpy (guitar), Paul Elliott (guitar), JP Cross (bass), and Jon Dale (drums) – on the Metal map, and it is nowhere near Reavis’ former Mushroomhead territory.

Unbroken opens with the noise intro “Awakening,” with spoken word and electronic sounds galore. This flows into the full-on Industrial Metal assault of “Spawn of 7” and the pulverizing bass and pounding drums of the oddly melodic “Rebirth.” The band’s namesake track and debut single, “A Killer’s Confession,” features Brian “Head” Welch of Korn on a vicious, sonic assault that is heavy with keyboards worthy of, well, Korn. It is the perfect representation of Unbroken as a whole and a stand-out track.

“You can trust in the electric shepherd,” Reavis mocks on “1080P,” a Twilight Zone-esque commentary on how the Internet and television have become our idols to worship as human sheep. The chorus contains entrails of melody and aims for a full, epic sound. Similarly, the electronics on “Final Breath” are the perfect accent to the always present, heavy, assaulting rhythm attack; in fact, the majority of Unbroken is characterized by a pulverizing rhythm section.

Guest appearances galore weigh heavily on the album’s second half. Atmospheric ballad “Sympathy” features Kimberly Freeman of the Goth Punk duo One-Eyed Doll, while Connecticut head-bangers Dead by Wednesday guest on “I Will Define.” The track displays some of the best, melodic vocals of the entire album, though it ultimately falls a bit flat. Philly’s Revillusion guests on “Judas Kiss,” which explores a more Industrial sound than much of the album. Oregon groovers Amerakin Overdose provide their talents to “Letting Go,” which is slanted farther toward Industrial than Metal, and proves a superb direction for the band to head in the future. Unbroken culminates with “Purification,” featuring Hex on a track that sounds like Beelzebub himself is performing vocals.

Unbroken is not a bad debut, far from it: it merely lacks in diversity and, with time, grows a bit stiff and repetitive thanks to lack of experimentation; for now, A Killer’s Confession have a sound and they are sticking to it. The musicianship is fabulous – especially the assaulting rhythm section of Cross and Dale – though experimentation with bigger, better extremes would do the band well. Unbroken is a collection that shows great promise for AKC, who embrace Metal and Industrial sounds and meld the two into a slaughtering sonic attack on all the senses. With some fine-tuning, they will be unstoppable! For these reasons, CrypticRock give A Killer’s Confession’s Unbroken 3.5 of 5 stars. 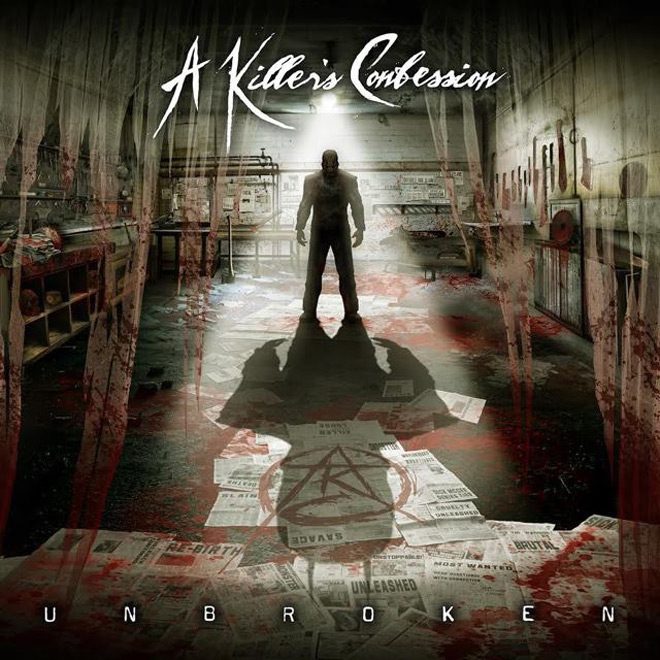 A Killer’s Confession will take to the road in support of Unbroken – with headliners Nonpoint – this spring. Visit AKillersConfession.com for further details.