Summer is the time for getting out into nature, embracing the woods, and inhaling the delicious scent of clean air. Of course, when camping near a popular waterfall, one might want to watch for, say, sadistic hunters with massive rifles. Beware the Killing Ground, a new Thriller from IFC Films that will be available in select theaters and Video On Demand Friday, July 21, 2017. 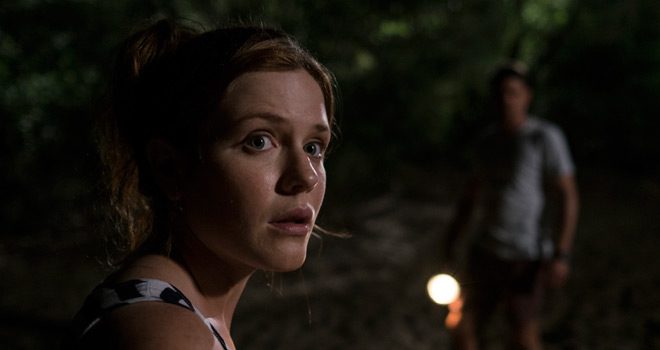 Adorable Australian couple Sam (Harriet Dyer: Down Under 2016, Love Child series) and Doctor Ian (Ian Meadows: 8MMM Aboriginal Radio series, The Wrong Girl series) are planning to spend a relaxing and romantic New Year’s holiday camping at Gungilee Falls. When they stop for some alcoholic supplies, a local named German (Aaron Pedersen: Mystery Road 2013, Water Rats series) informs Ian that the couple’s vehicle will never make it down the trail to the falls, and instead kindly suggests an alternate locale for setting up camp. As Ian and Sam go about the business of pitching their, ahem, tent, we quickly discover that there is a seemingly abandoned campsite sitting alongside the river.

In a parallel storyline, we learn of the Baker family who also came to this site for relaxation. Mom Margaret (Maya Stange: Love Child series, We Were Tomorrow series) and Dad Rob (Julian Garner: Sahara 1995, Home And Away series) are enjoying a Christmastime, woodsy escape with the kids: beautiful teen daughter Em (Tiarnie Coupland: Worst Year of My Life, Again! series, Love Child series) and baby Ollie. 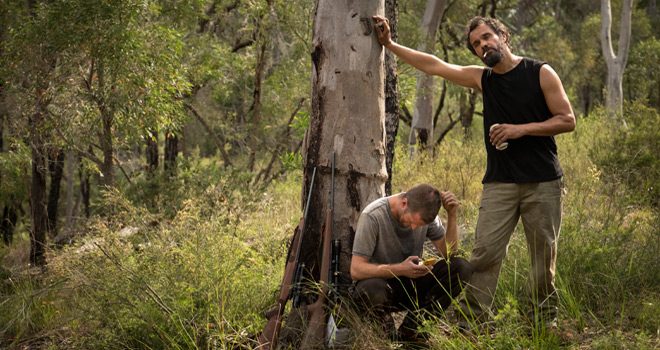 In a third rail to the tale, we learn more about sketchy local German – who has previously been incarcerated – and now meet his best friend Chook (Aaron Glenane: Home And Away series, Molly mini-series). The pair are proverbial double-trouble: German’s brooding and darkly haunting nature to Chook’s pretty-boy looks and attempted charisma with the ladies. As the pair celebrate their New Year’s Eve in a local bar, we learn exactly how to paint the portrait that is German and Chook.

When each portion comes into focus and collide disastrously with one another, the true nature of Killing Ground is revealed. Written and Directed by Damien Power (Peekaboo short 2011, Bat Eyes short 2012), the film clocks in at approximately 90 minutes and is unrated including gun violence and implied rape. An official selection at both the Sundance and Overlook Film Festivals, Killing Ground might be a somewhat cliché tale of survival in the woods, but it is still entirely watchable. 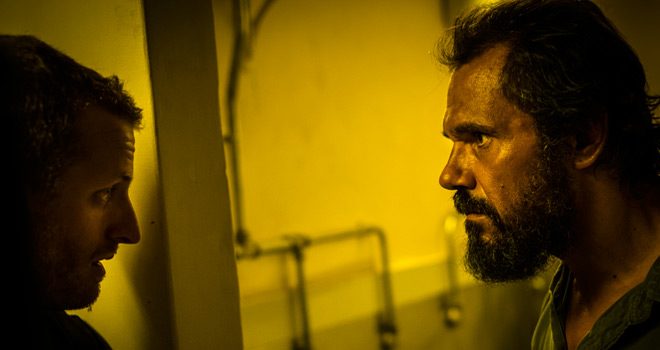 The sum total of Killing Ground is a film that we have all seen before: couple goes into the woods, sociopaths enter those same woods, not everyone comes out alive. In this reincarnation of the classic tale for survival, there are some thrills thanks to the solid cast – particularly the dynamic Dyer (as Sam) – while the screenplay is solid enough to be predictable yet still enjoyable. Classify it however you like – horrific reality, sadistic drama, or survivalist thrills – but definitely give this little Australian flick a fair chance. For the beauty of nature and the thrill of the chase, CrypticRock give Killing Ground 3 of 5 stars. 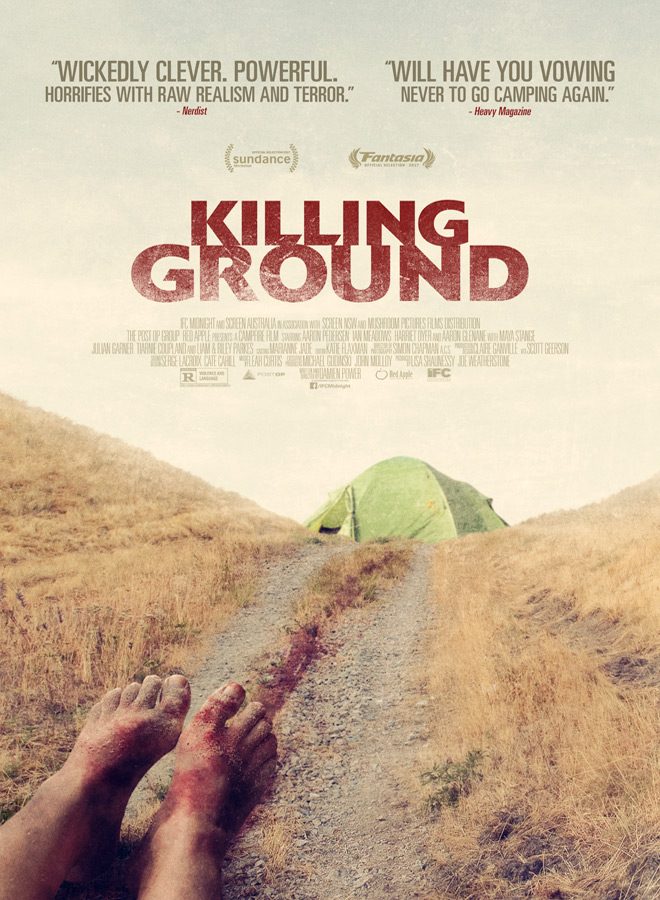