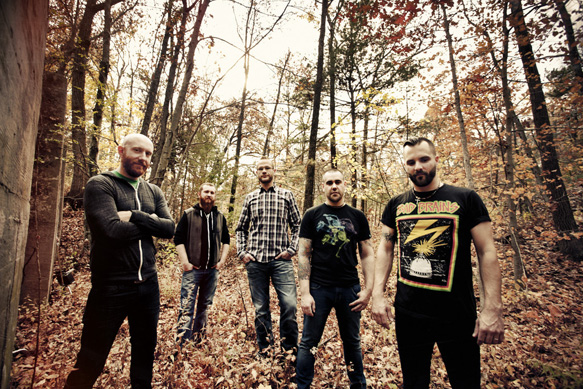 Killswitch Engage will return to the road this spring, embarking on a tour that mixes both headline dates and radio festival appearances.

KsE just wrapped a European trek and the Massachusetts band is fresh off an incredibly busy and exciting 2013, which included the release of Disarm the Descent, a lengthy tour schedule that kept them on the road for most of the year, and a Best Metal Performance Grammy nomination for “In Due Time,” the lead single from Disarm the Descent.

Now, KsE will spend the month of May hitting stages all across North America.

KsE will be joined by Battlecross for all the headline dates, and by Into Another, Trivium, Nothing More and My Ticket Home on select dates, each of which are indicated in parentheses below.