King Arthur and the Knights of the Round Table (Movie Review)

June 6, 2017 King Arthur and the Knights of the Round Table (Movie Review)

For centuries now, the perpetual circulation of the King Arthur legends and that of mighty sword Excalibur has enchanted all those who have been swept up in the mystery that shrouds the Medieval age. The name of Camelot is uttered on the lips of Medievalphiliacs in a most reverential way. It has incited a maelstrom of the most imaginative portrayals of King Arthur and the Knights of the Round Table. That being said, now comes the new film released via Asylum on VOD/DVD as of May 2, 2017 directed by Jared Cohn (Death Pool 2016, Devil’s Domain 2016). 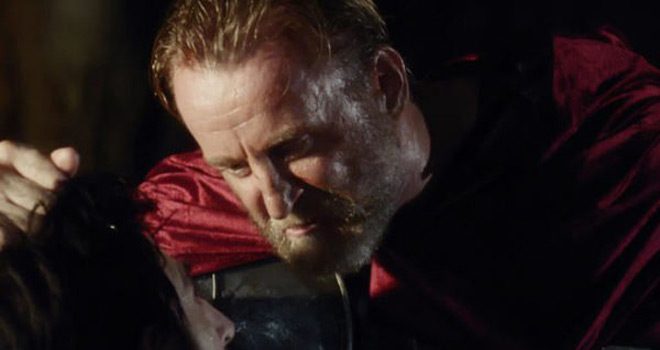 One of Cohn’s many new films in recent times, King Arthur and the Knights of the Round Table portrays a futuristic Morgana Le Fay (Sara Malakul Lane: Sunchoke 2015, Kickboxer: Vengeance 2016), wrapped in black leather dominatrix attire, and her acquiescent son Mordred (Russell Geoffrey Banks: Pernicious 2014, Cam2Cam 2014) as they roam around modern Thailand in search of Excalibur and to exact acute revenge on the descendants of all those who dared banish her from Camelot for her evil ways and ripped away her source of power. You have to admit that this is definitely a leap of the imagination on a thousand fold scale.

After the opening credits, all eyes are impaled to the screen with the visage of an ongoing battle of sword wielding knights in a seemingly dank cave narrated by none other than King Arthur (Byron Gibson: Only God Forgives 2013, Deep series). We are held captive to a zoom view of a fireworks display of sorcery artillery generated by yours truly, Morgana. These antics were foiled by Merlin. It is no secret that Excalibur is supernaturally linked to Morgana’s life force and is the raw power source of her black magic. Fifteen hundred years later, she has had enough time to steep in the black cauldron of revenge and devise the most exacting form of obliteration she can muster once she gets her hands on Excalibur. 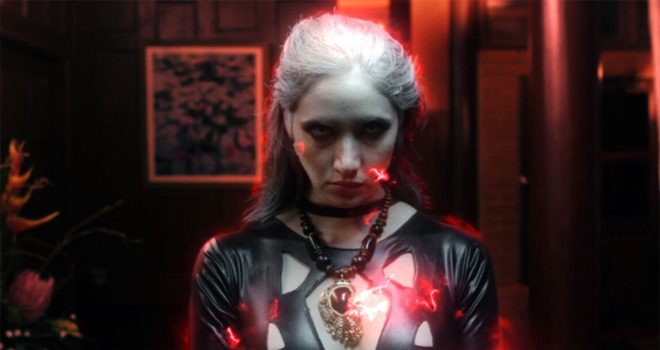 It should come as no surprise that she is determined to stamp out any descendants of the knights who graced the round table and mow down everything that comes between her and her coveted sword. It was a bit mind boggling as we watched life bustle by in Thailand in a fast forward motion, but we know little or nothing about how Morgana and son dealt with being ‘Lost in Space’ in the far reaches of the universe. We know nothing about how they were able to conceive such a technologically advanced spaceship and was Morgana able to outwit these alien forms? It seems to be the case since Mordred has that glove that gives him instantaneous information and gives him lightening bolt insight about everyone he touches with gloved hand.

One question looms large -how in the world does she locate Excalibur’s position in such an immense landmass? Oh, the answer comes in the form of an amulet adorned with a jewel which works as a crude form of GPS for the elusive ancient sword. Another is -what is the relationship between Medieval England and modern day Thailand? It is a head scratching moment. How is it that Excalibur was transformed into a vessel for healing for all these years and was hidden away by a descendant of Merlin’s bloodline who masquerades as a masseuse? 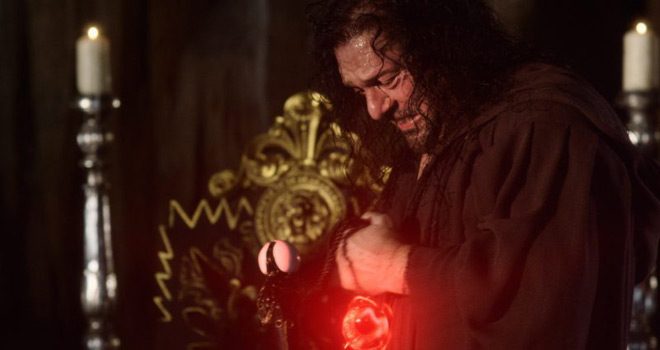 In order to combat Morgana, the sword needs to return to its original state and none other than the bloodline of King Arthur is up to the task. Once it has resumed the shape of the sword it is used to annihilate her, but alas, instead, the sword gives her an ultimate surge of power and transforms her into a cyber being who spews forth fire, destroying everything in her path. Mordred, on the other hand, is worried that he has no soul and that he is destined to die without redemption as a result of blindly carrying out his mother’s bidding.

Mordred finally redeems himself in the end when he aids the ‘knights’ in foiling his mother’s vengeance at the cost of his life. Despite the continuity issue, it is a fun, light Arthurian twist to watch with an open mind! For these reasons, CrypticRock gives King Arthur and the Knights of the Round Table 4 out of 5 stars. 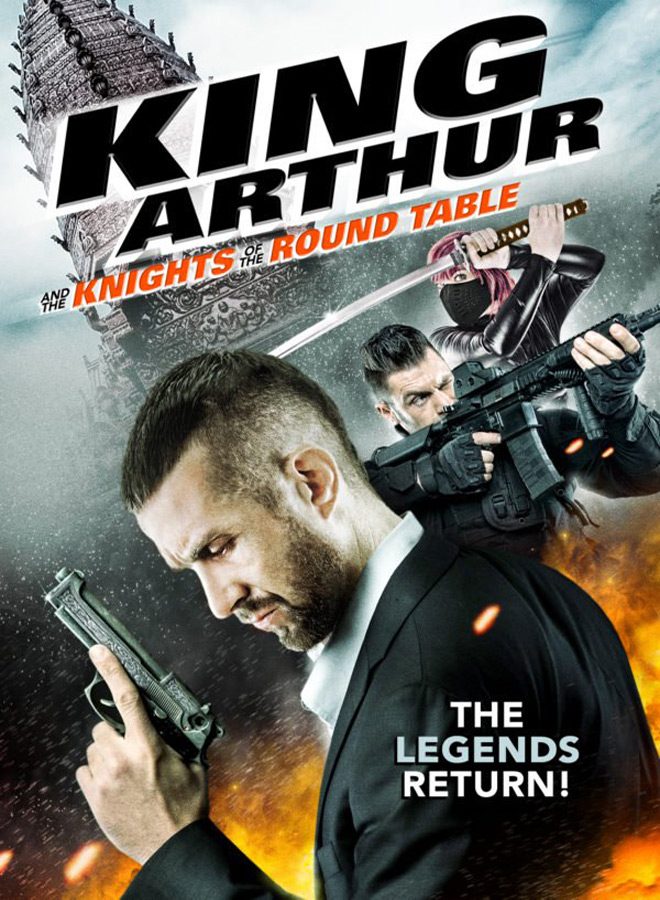 Purchase King Arthur and the Knights of the Round Table: Amazon | iTunes