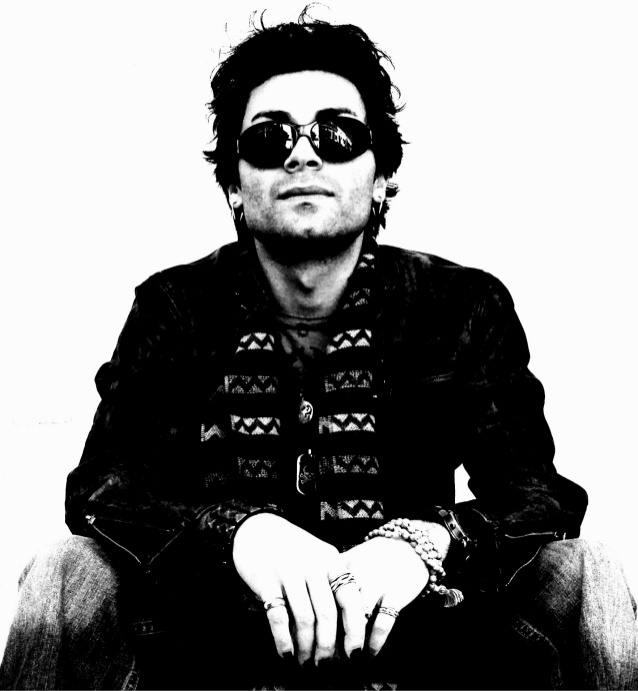 Kingnaldo is a recording artist, musician, producer, and engineer from Las Marias, Puerto Rico. Growing up with Motown and old-school Latin ballads, he was surrounded by music from an early age. In fact, he started listening to bands like Metallica, Guns N’ Roses, among many others, thus inspiring him to learn the drums. He was blessed with a supportive father who paid for drum teachers and a kit when Kingnaldo was thirteen. He practiced for hours a day until he could master the double pedal. By the mid ’90s, Kingnaldo had become one of the best drummers in Puerto Rico. He worked on many different projects ranging from Hard Rock, Pop, Alternative Rock, Hip Hop, and R&B, giving him the vast experience from which he now draws to write, compose, arrange, and produce his own music. He fuses psychedelic ’70s vibes with a ’90s modern flare, taking inspiration from the Alternative Grunge and Nu-Metal scene, creating a vibrant and exciting mix of new and old style Rock.

Taking his years of experience to the studio, in 2006, Kingnaldo began work on his debut album, Organic Antidote, which he released three years later. Since 2009, Kingnaldo has been touring nationally, sharing the stage with Puerto Rican bands Puya, Cultura, Profética, and Circo, while in the USA he has played with Yngwie Malmsteen, Gary Hoey, Avatar, and Bumblefoot. Releasing his second album Combustion in 2012, in September 2014, his third album entitled Memorandum followed. Recorded and produced by himself along with Doug Grean (Stone Temple Pilots, Slash, Scott Weiland, Sheryl Crow), Memorandum was recorded at Scott Weiland studio Lavish in Burbank, CA , The Loft in Highland Park, CA, and Heretic Mute in Rockmart, GA, approximately one hour outside Atlanta where the musician is based.

Beginning with “Out of Control,” the track is almost early U2 in its musical style, but with a distinctive Electro sounding vocal, energetic and stylized, with an underlying anger in its lyrics. “Timeless Bliss” has a more grungy appeal, the Electro-pop vocal gives it a mysterious edge, full of raw emotion. The guitars are Classic Rock, the synthesizers give it an eerie tone, while the drums create a solid foundation for the song. Then the song “Zombies” emulates the weirdness of David Bowie, while “Vital” is mainly sung in Spanish rather than English, which gives it an exotic air. Softer than the other tracks, it has a strong rhythm with a harder fiery chorus. The catchy “Hollywood Blow” has very trippy and strange chord progressions that give it a Psychedelic feel with a Grunge edge. Contrasting laid back verses with high energy uplifting choruses, “Lcol” becomes very Korn sounding in the middle, plenty of atmosphere and interesting turns within this song, keeping the listener entertained throughout. Returning to the strangely psychedelic, Bowie influenced style, “Loser Confuser” is discordant and self-defaming, full of bitterness, and experimental in method. Lastly, “Orca” is another song sung in Spanish, full of atmosphere and sadness within the guitar riffs, a clever end to a very different album.

What Kingnaldo does well is create music, that while is obviously influenced by the ’70s and ’90s, is not stuck within a time warp of those decades. His music is creative, interesting, and blends the best of Grunge with a more intoxicating eccentricity and adds a dash of ’80s Rock to bind it all together. The blend of English with Spanish lyrics works well, while the vocals are relaxed in style but still have the energy and emotion to excite as well as entice new fans. Maybe the freedom of not having a label to please is what gives this album the opportunity to explore beyond the boundaries. Memorandum certainly shows off Kingnaldo as someone who has a varied and remarkable attitude to songwriting. Enlisting the help of musicians such as King, Gonzalo Valentin Perez, Kirk T. Marshall, Native Flageolet, Ramon Ortiz, Eddie Trucco, and Harold Hopkins Miranda, the album is a musically full piece of work brought to life in a dark but vivid fashion. Overall, this is a very unusual and enjoyable piece of work, making it one to recommend for certain. CrypticRock give this album 4 out of 5 stars. 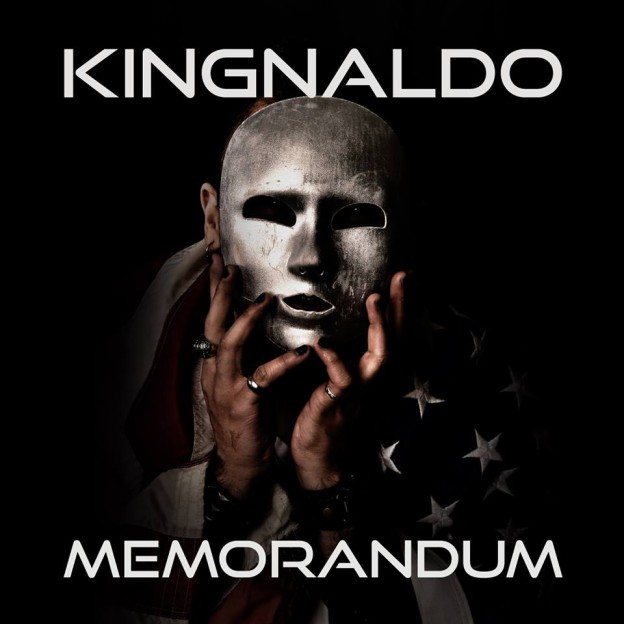