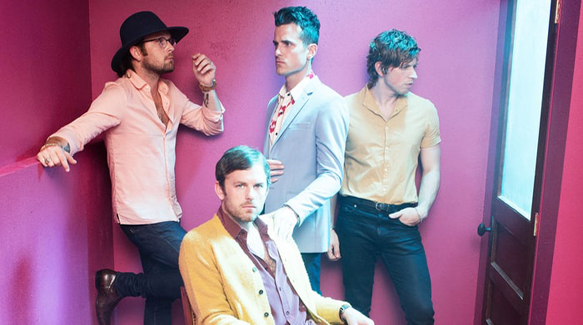 Comprised of nothing but good old fashioned family talent, Kings Of Leon have been blessing the world with their unique and ear-pleasing music since the early 2000s. Although starting as just a two piece with Country tunes trailing right alongside them, the picture soon began to grow, as well as hopes and dreams. With Nathan and Caleb Followill already at it, ideas sparked and passions were followed, now bringing Jared and cousin Matthew Followill right into the flames. After a month of constant writing and recording, the boys were just about ready to set foot on what would become the biggest adventure of their lives thus far; Kings Of Leon.

Already with a decent amount of exposure and a dent made in their career, the Followill guys were making dreams a reality with constant dedication and pure talent. After the release of their first, debut album, Youth And Young Manhood, Kings Of Leon landed in a whirlwind of success. Now launching fully into their achievements, the band went on to write, record, take their music out on the road, and reach the top of some of the hottest charts. Through seven full length studio albums, the range has varied, but disappointment has never reached ears distance. With utmost experience and talent to kill, Kings Of Leon have shocked their large following once again with yet another LP, Walls, released to the public October 14, 2016 via RCA Records, and is everything listeners expected and more.

Kicking things off right with “Waste A Moment,” the mood is filled with energy and good vibes. Fully danceable, this track sets the tone for the entirety of the album, which is sure to be a great one. Already showing their wide range of talents, “Reverend” pulls the mood back slightly. Almost light and airy, this piece highlights raspy and unique vocals alongside beautifully immersed instrumentation. Jumping right back, “Around The World” is beyond catchy and just might already be a favorite by many listeners. Totally memorable, Kings Of Leon have just about perfected the art of music.

With just a tad bit of intensity, “Find Me” gets better each time, catapulting listeners into the world of the Kings. Maybe their most compelling expression yet, this piece really embodies everything the guys put out for the world to see. Undeniably interesting, “Over” has a different feel than most, but fully captivates their audience, never unsatisfactory. Another soft and beautiful piece, “Muchacho” is packed with emotion and raw energy. Showcasing stunning orchestration, Walls is beyond brilliant.

Moving on with “Conversation Piece,” the track can fill any void while somewhat having the sense of creating another in its place. Hard to describe, this song is almost uplifting, but still sad in its own way; creating ultimate beauty and peace. Picking the pace back up, “Eyes On You” is flirty and fun. Bouncing with good vibes, there is no way to not enjoy this song. Fully distinguishing from all the rest, “Wild” is upbeat and cheery, glowing with all good qualities that Kings Of Leon possess. Completely and utterly heartbreaking, “WALLS” is satisfyingly true and sad all at once. Combining mixed emotions with fantastic music, there is nothing more any one listener could want.

With one-of-a-kind passion comes one-of-a-kind talent, and Kings Of Leon just come to prove that. Fueled by an unstoppable force and always putting their music first, there is no band quite like this one. Almost always reaching their full potential, CrypticRock gives Kings Of Leon’s Walls 4 out of 5 stars. 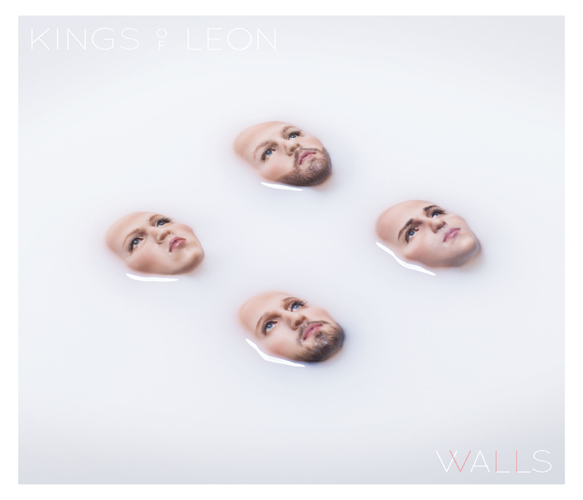