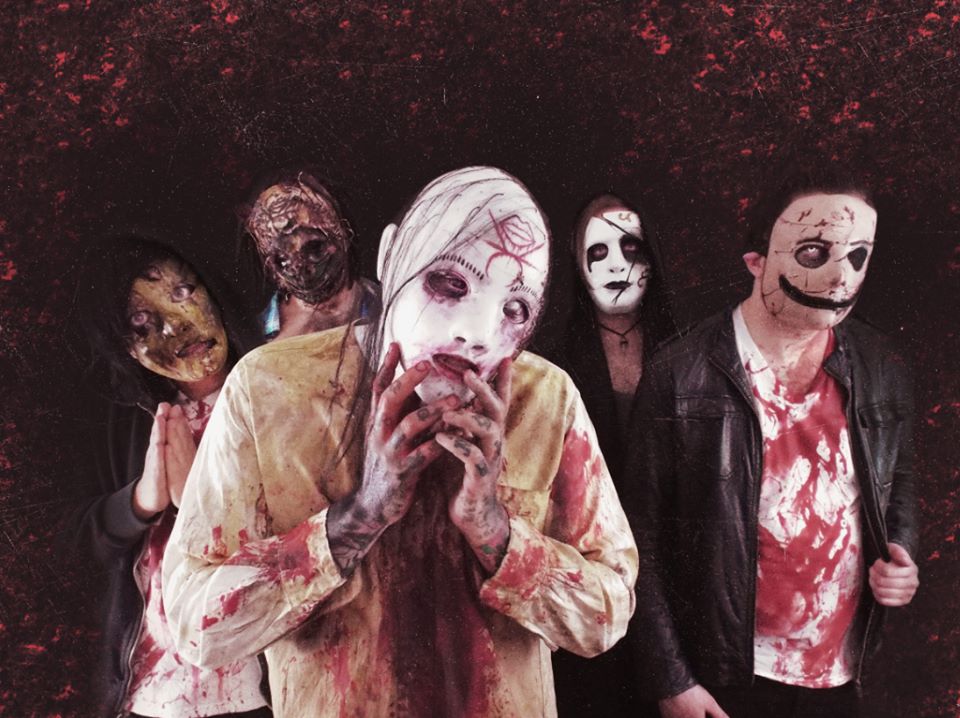 Two decades ago, many would never have suspected that youthful, noisy artists like Korn and Slipknot would kick off a movement that would spit out some of the biggest multi-platinum Rock and Metal acts of the time and that would continue to inspire millions of fans worldwide twenty years later. It is no wonder younger musicians are inspired by the sounds and stylistic devices that originated with these bands.

Definitely influenced by these artists, Long Island based keyboardist and sample freak Joey Simpson started a project back in 2012, which is now known as Kissing Candice. Taking the role of frontman, Simpson was joined by producer Jeremy Comitas, and the duo released their first EP, Murder, which combined modern sounds of Metal, Hardcore, Industrial, and Electro. The two were soon joined by Tommy Sciro and Walter Dicristina (guitars), Mike Grippo (bass), and Tommy Vinton (drums), completing the lineup of what was now a full-fledged band. On June 30, 2015, Kissing Candice released their debut full-length album, Blind Until We Burn, on Victory Records.

Kissing Candice, because of their affinity for grotesque masks and make-up, will immediately garner comparisons to Slipknot, and their similarity to these Iowa rowdies cannot be denied. However, the resemblance ends with the visual aesthetic; Kissing Candice have a sound all their own and more to offer musically than a simple imitation of bands that came before. Kissing Candice mixes genres, skillfully hovering at the intersection where American Metalcore, Nu Metal, Industrial, and Electro meet, also taking the occasional excursion into brutal Deathcore. The broad variety of sounds and styles are the result of real teamwork, with every band member contributing his own ideas to create a cohesive finished product.

The album starts off with a short song, “Unloaded,” which is only a minute long. The listener might be disappointed that this idea does not work out to a longer track, but the following song, “My Perfect Hell,” has the potential to crack dental fillings with its brutality. The double bass drum salvo combines with tight bass and guitar staccatos, while the vocals employ the well-known “scream and clean” technique, seamlessly alternating between grit and clarity. The powerful chorus makes it clear that Kissing Candice are not newcomers, nor are they free-riders jumping on a fully occupied train. The third track, “Chart Topper,” mills into the brain with a cool distorted piano hook, which gives rise to a comparatively temperate Nu Metal groove. This one should work out just fine in live shows. In “Tusk,” the influence of Korn is unmistakable, but the melody chugs along without sounding shopworn. In “Misdirection,” the band shows its darker side with a chorus reminiscent of the apocalyptic mood of the movie score for 2003’s 28 Days Later.

In general, Kissing Candice have their strongest moments in heavy songs like “Put ‚’em up” and “Shop Smart,” where the band and Simpson can play their aces with aggression and power. After several more killers, like the dirty and minimalist “Decomposer” and the dark, short instrumental, “Mistaken for Manson,” the catchy smasher “Slugworth” closes the album. These thirteen strong and powerful songs offer a little bit of everything thematically, from Horror-stories and serial killers to dark romances and serious topics concerning daily life as well.

It would be a shame if Blind Until We Burn does not get the recognition it deserves. Hopefully, live performances like the band’s recent appearance at Rockstar Energy Mayhem Festival this Summer will help Kissing Candice to find their place among the mainstream. With their full-length debut featuring neck breaking moments and big melodies going hand in hand with clear and powerful production, the album revisits a decades old genre in a modern light. CrypticRock gives Blind Until We Burn 4.5 out of 5 stars. 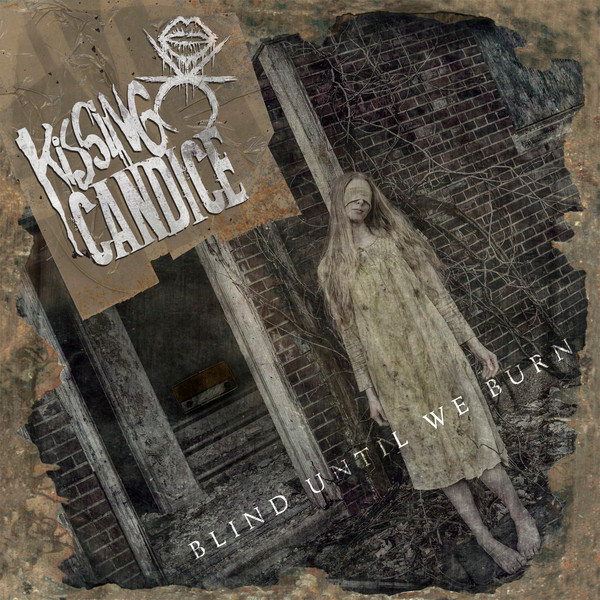