I Know You’re in There (Movie Review)

From August 18, 2017 onwards, Stray Angel Films’ I Know You’re in There has been bouncing around VOD platforms via Terror Films. Originally released back on October 20, 2016, it is about a man called Tom Redding (Will Hurst: Siblings 2009, Through Rosie Colored Glasses 2017). When his mom commits suicide, he discovers he has inherited more than her house. He has a long-lost, schizophrenic, catatonic sister named Chloe (Grainne McDermott: 12 Dog Days Till Christmas, 2014, Unwritten Obsession 2017). He decides to take her to their mother’s home, and record her condition on his new handheld camera for his thesis. However, there is more to the house, and his sister, than meets the eye. 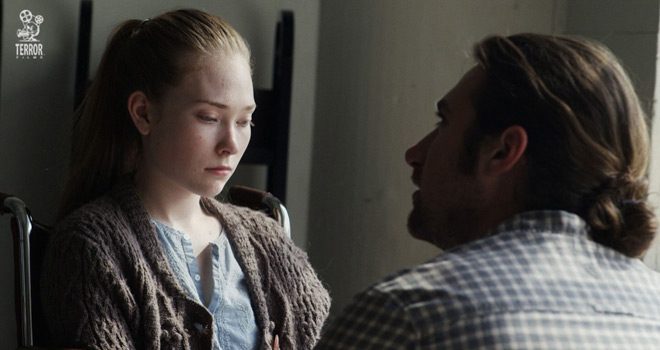 I Know You’re in There still

Written and directed by Robert Lawson Gordon (Siblings 2009 Ugly, Strong and Dignified 2010), it has a mix of different things going for it. The handheld camera is reminiscent of 1999’s The Blair Witch Project, as the film occasionally cuts to Hurst monologuing to it. Gordon even worked in some local folklore once he and Hurst found the right house to shoot the film in, as it was fairly close to Mount Shasta – the site where the spirit Chief Skell fought the spirit of the underworld. So, a creepy house in the middle of nowhere near an ancient Klamath tribe battleground? It sounds like the basis for a great story, but does it get that far?

Well, there are some interesting camera tricks, like First Person View, or adding jump-cuts covered with glitches for the handheld – Slenderman without Slenderman. It is okay, though its best parts lie in the lighting, or lack thereof, as it follows the textbook in that the unknown is scarier than the known.

There is enough shown to let the audience know something is wrong, but hides the rest to build up unease. Its strongest asset, however, lies in the audio. The whispery voices, distant cries, and occasional rising crescendo fake-outs, while familiar territory, work quite well. It only gets creepier as the film goes on, with buzzing thrums and static groans. It says something when the calmest track on Chris Hayman’s soundtrack still sounds like something from a John Carpenter film. 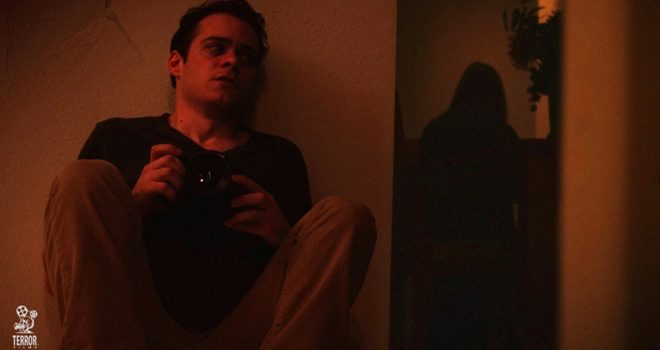 I Know You’re in There still

Is that enough to stick with it though? The acting is okay, if nothing special. When it comes to protagonists losing their minds in the wilderness, Hurst is no Jack Nicholson. He starts off flat, but he gets better as the film goes on. Karin Lee (For The Winning series, Ripe 2015) is probably the most solid performance-wise in playing Redding’s girlfriend Jamie. She tries to keep things together, but it gets too much for her to handle, and she portrays it well. Whereas with McDermott, the challenge is in doing as little as possible to appear trapped in her own mind. She is believable enough, and it makes what little movements she does make all the more surprising.

Yet its biggest hurdle would be the story. It has some promise, and it manages to get tense. In its mix of things, it has a giant dose of 1980’s The Shining. It is not quite a carbon copy, but it treads very close. In fact, during certain scenes, it may make people wonder if Kubrick’s Horror opus is also available on VOD. It is certainly widely available in almost every other format. There are some twists within twists that are unique, though one actually makes the finale much less satisfying. It does not so much end as peter out, which is rather disappointing. 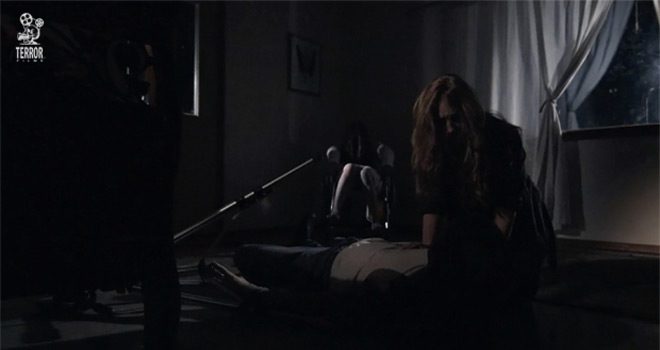 I Know You’re in There still.

The scares may not bother hardened Horror vets, but it does succeed at being eerie and tense thanks to its audio and lighting work. The acting is fine, with everyone meeting their roles’ demands with little issue. Christopher Gosch’s cinematography also looks nice, making the wild around Mount Shasta look cold and haunting. However, its story is a little too derivative, and its build-up does not really pay off. The first chunk of the film earns it a half-star, but in the end, CrypticRock has reason enough to give I Know You’re in There 2.5 out of 5 stars. 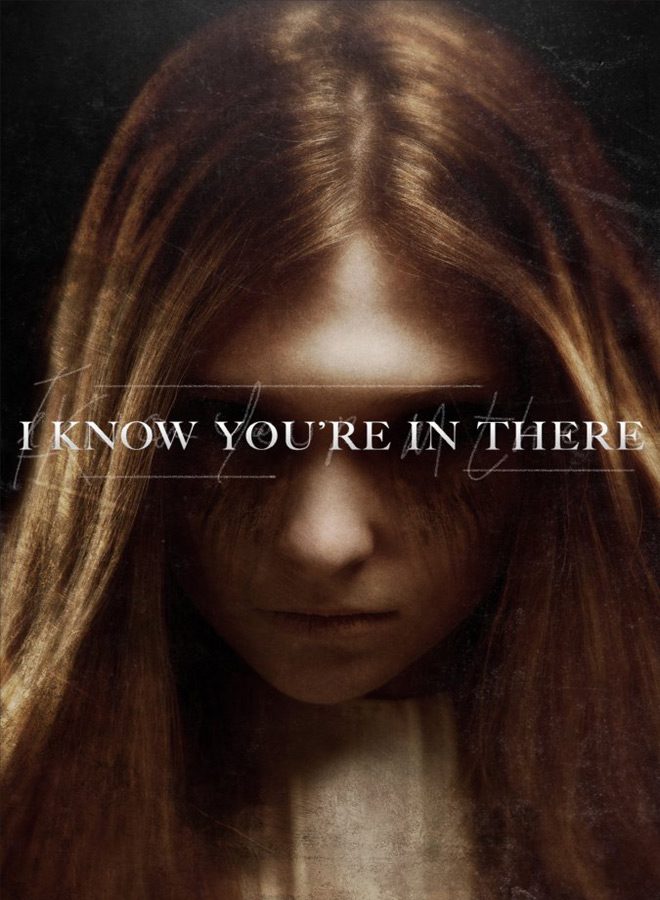 Purchase I Know You’re in There: