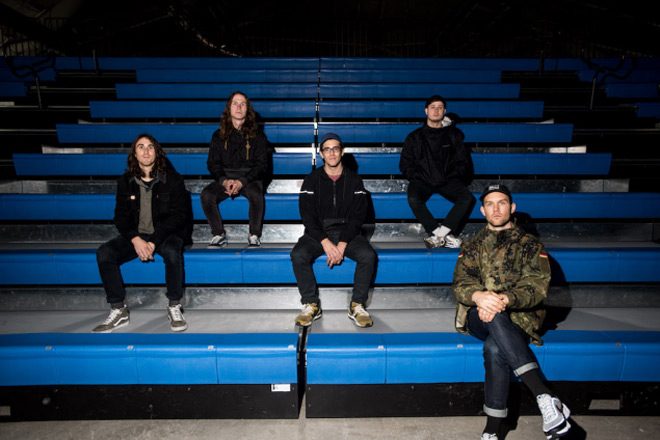 Break out your mismatched socks, homemade t-shirts, and brush your emo hair just right: it is time to weep for the return of Knuckle Puck! Shapeshifter became available on Friday, October 13th, thanks to Rise Records.

Illinois’ Pop Punk sensations Knuckle Puck were formed in the suburbs around 2010, naming themselves after a phrase on a piece of Stick To Your Guns’ merchandise (which, in turn, was referring to 1994’s D2: The Mighty Ducks). Moving quickly from cover songs to writing their own originals, Knuckle Puck would release a series of successful EPs – including a split with Neck Deep – before signing to Rise Records in 2014 and releasing their debut album, Copacetic, in 2015. Their early successes and dogged ambition have led the young band to share stages with the likes of Senses Fail, The Maine, State Champs, Seaway, and, no surprise here, Neck Deep. No strangers to the Vans Warped Tour, the boys were hugely popular this past summer, making a solid name for themselves and drawing impressive and dedicated crowds at each stop of the tour.

A band that continually seem to make “highly-anticipated” lists, Knuckle Puck – Vocalist Joe Taylor, Lead Guitarist Kevin Maida, Rhythm Guitarist/Backing Vocalist Nick Casasanto, Bassist Ryan Rumchaks, and Drummer John Siorek – recently returned with their ten-song sophomore studio effort, Shapeshifter. A sonic blend of all things 2000s Pop Punk and Emo, this is an album that screams for everyone from Good Charlotte to Fall Out Boy to return to the top of the charts while holding Emo close to its little blue heart.

Shapeshifter kicks off to the just-over-a-minute introduction, “Nervous Passenger.” Moving quickly into the dreamy, wispy Pop Punk stylings of “Twist,” it becomes immediately clear that the vocals are set low in the mix here and there is likely going to be some delicious bass lines peppered throughout the collection. The upbeat energy of “Double Helix” contrasts beautifully with its serious exploration of our individual frameworks: is it possible to rewrite the code of our DNA to disinherit our troubles? Knuckle Puck inquire curiously with relatable lyrics and catchy sonics, creating a track that is easily a highlight of the collection.

“Gone” goes even further down the Emo highway – with twinkly shades of Taking Back Sunday – exploring how ‘great’ it feels to be completely taken for granted until you are, wait for it, gone. Shapeshifters, it is worth noting that the album title does appear in the lyrics here! Continuing on a similar musical plain, “Everyone Lies To Me” inserts some aggravated growls into the mix while lamenting about a society that is full of liars…“‘Cause education only taught you what they want you to know.” The end result is an anthem for the disenchanted that will make for a killer live show sing-along.

The catchy “Stuck In Our Ways” – with clear echoes of young New Found Glory throughout the guitar work – is the up-tempo admission that we often embrace our addictions like safety blankets. Midtempo melodies meander through “Want Me Around,” where the dueling vocals of Taylor and Casasanto are superbly in-sync, creating that delicious blend that conjures images of Drive-Thru Records greatest hits. It leads flawlessly into “Conduit,” where gentle guitar work ultimately picks up into a beautiful emotionality that explores why it can be so difficult to allow our inner-selves to truly shine.

Speaking of diamonds, “Wait” is a stellar moment in this collection. “You always did feel just like home, but you were always so unreachable,” the boys sing in this addictive celebration of everything Emo 2017. As we celebrate that gray was never so lovely, Shapeshifter ends with the heated emotions of “Plastic Brains,” a relationship lost to the passage of time and personal evolution.

It is abundantly clear that Knuckle Puck have studied at the feet of the masters: from Pop Punk’s gentlest hearts to Emo’s greatest heartbreaks, there is something for everyone here. While the material is somewhat compact, no frills, and wears its influences on a little homemade button, these boys are damned catchy.

If you are, ahem, older than the average Warped Tour go-er and can relate better to the Warped Rewind line-up, then Knuckle Puck can, admittedly, be both a blessing and a curse: a delicious reminder of the 2000s that walks so close to the line that it is inextricably intertwined with the white. Which is to say that if you have no base for comparison, this will sound entirely, confoundingly original and amazingly, heart-wrenchingly relatable; though if you can swing a microphone along with Adam Lazzara or piss to put Pete Wentz’ fire out, this might all seem a bit, well, done. Although, it is done sticky sweet! Since we love us some boys with bleeding hearts, CrypticRock give Knuckle Puck’s Shapeshifter 4 of 5 stars. 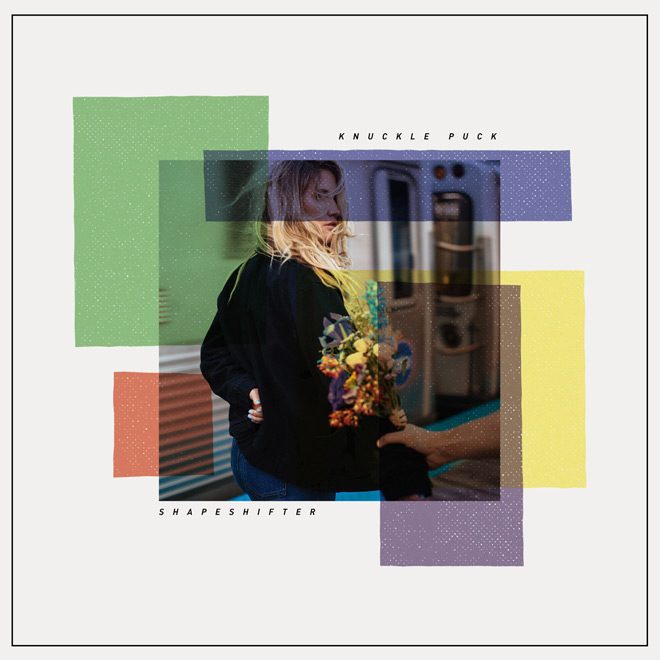