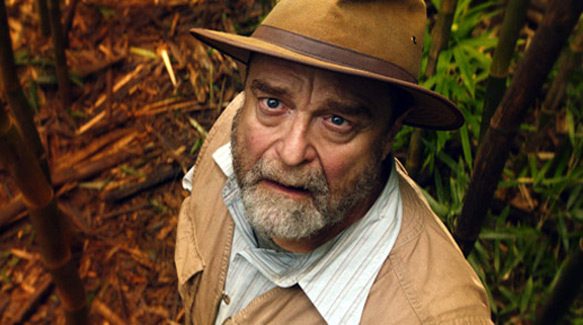 Once on the island, Kong, upset by the group dropping seismic bombs across the island, devastates them, forcing the survivors to find their way back to an extraction point. Fighting against mammoth creatures and a ticking clock, they encounter crashed WWII pilot Hank Marlow (John C. Reilly: Step Brothers 2008, Guardians of the Galaxy 2014). In the end, they must decide who the real enemy is—Kong, or themselves. 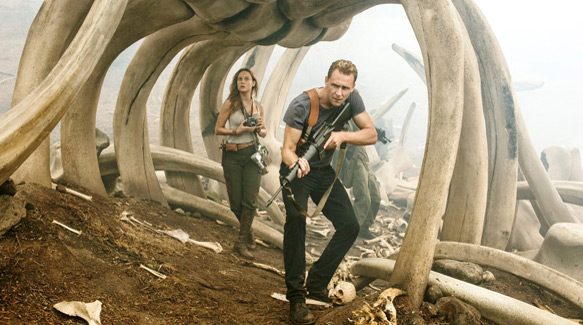 Vogt-Roberts cites a variety of influences for the film, from 1979’s Apocalypse Now to the Pokémon “Cubone.” At its most basic, Kong is a classic Horror survival story. Encounter danger, survive/escape it. The obvious parallel is 1993’s Jurassic Park. Jackson even repeats one his lines from it. As an audience, you are brought into an intimate juxtaposition between hunter and prey that many films fail to capture. Viewers will invest in the characters as if they too are evading primordial monsters.

While the film does not provide much in way of story, drama, or character depth, it is unabashedly fun. A ’70s soundtrack covering groups from Black Sabbath to Creedence Clearwater Revival sets the tone for a movie that flies by, even at 120-minutes long. The visuals are breathtaking and veteran Motion-Capture Actor Terry Notary (Dawn of the Planet of the Apes 2014, Warcraft 2016) gives Kong a haunting emotional nuance. And, of all the actors, Reilly gives a performance that transcends the rest – offering a vulnerable, yet confident view of humanity that is as refreshing in real life as it is onscreen. His character is slightly off-kilter, but projects a deep understanding of man versus nature, and the important things of life. 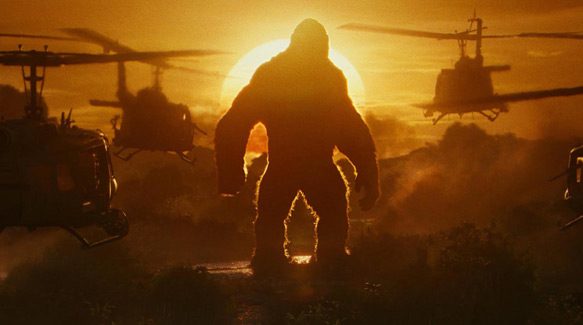 Overall, Kong: Skull Island is both a tribute to and hybrid of Creature Features through the decades. It has flaws, but they are forgivable against the backdrop of everything it does right. Rarely does a movie move along with such excitement. One cannot help but think this is all a setup for a future faceoff between Kong and Gojira himself. With all of its charm, action, and a post-credits scene that will make monster fans stand up and cheer, CrypticRock gives Kong: Skull Island 4 out of 5 stars. 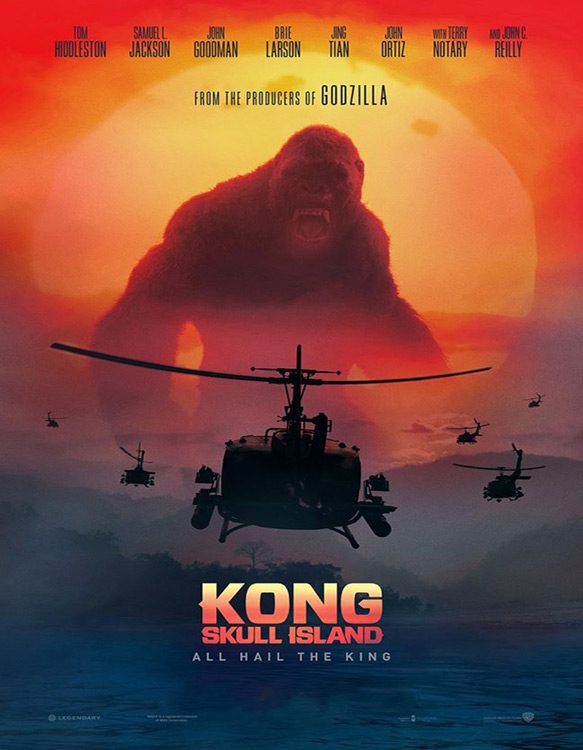 Wolfheart – Skull Soldiers (EP Review) Those Who Wish Me Dead (Movie Review)
Like the in-depth, diverse coverage of Cryptic Rock? Help us in support to keep the magazine going strong for years to come with a small donation.