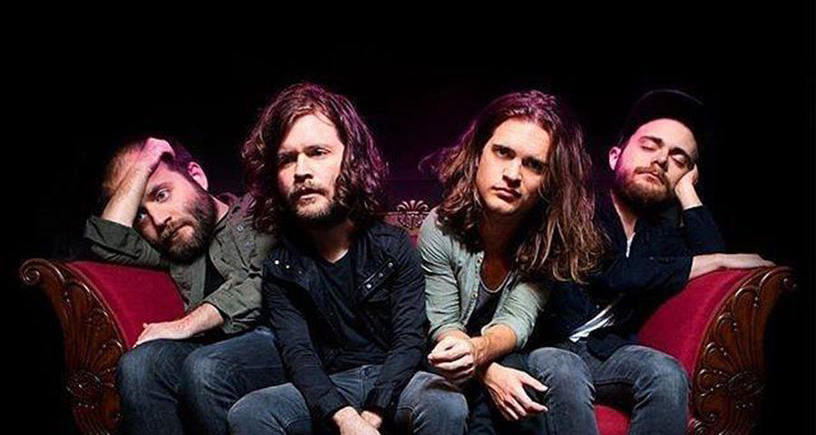 The band of brothers that call themselves KONGOS have quite rich history. This family run minstrel party of Daniel, Dylan, Jesse, as well as Johnny Kongos are the foundation, and have been since they began back in 2007. Sons of famous South African Singer-Songwriter John Kongos, while still young boys, they ended up relocating with their family to United States to graduate from Chaparral High School in Scottsdale, Arizona  Surrounded by music their entire life, their Rock-n-Roll fantasy began with the release of their self-titled album in August of 2007. Influenced by Delta Louisiana-type Blues, their African roots, and whatever else they listen to, KONGOS really picked up steam in 2011 with the breakout single “Come With Me Now.” A track that hit #1 in US Alternative Rock charts, the frenzy ensued with the release of Lunatic in 2012, and re-released in North America via Epic Records in 2014.

Hitting the road with Kings of Leon in 2014, KONGOS were one of the hottest bands in Alternative Rock, and now they return with the long awaited third album, Egomaniac. Set to drop June 10th via Epic Records, the writing of the new thirteen-track album began as far back as two years ago, and the material was completely self-produced, recorded at Tokoloshe Records in Phoenix, Arizona, mixed and mastered start to finish by KONGOS.

Diving into Egomaniac, it opens with the first single, “Take it From Me,” which is a dynamic march that is powerfully driven. Complementing the track, sampling is intelligently placed in the mix, adding to the lyrical content. Representative of the path few Rock bands take into success, Dylan Kongos told Fuse, “Our parents started us off on piano at the age of two or three, our dad teaching us the very basics, the key of C and five-finger scale. And then we started taking classical piano lessons around the age of six or seven and did that into our teens. Johnny and Jesse went and studied Jazz at [Arizona State University] and Danny and I picked up guitar and self-taught at that point.” With that said, this foundation in music theory is felt throughout Egomaniac where there is complex songwriting and arrangement.

Next comes the song “The World Would Run Better,” which is a testament to our cultural chaos. Here, the South African transplants lend a different perspective on the world through their lyrics, one which is much more thought-provoking than their previous work. Production credits show the band was seriously self-contained, but the irrational sarcasm bleeds from the lyrics with perky beat precision. Feeding into the selfish, self-entitled greed running rampant, “I Want It Free” calls out the self-important, snobbish elitists. With a Funk accordion thrown down, if anything fills the bill as the album’s credo, this song would do. There is allusion to individuality, yet layered vocals blend together into a chorus of desire for everything on a silver platter. The interesting thing is, the band has set themselves up for success with hard work. Not sure that grandiose expectations for a dream to come true is so unrealistic to today’s millennials, but hard work is the key.

The fourth track, “Underground,” is a groove-filled Techno Rock piece blending Folk music for a strolling and easy feeling. Then, possibly the most telling song of Egomaniac is “Autocorrect” as it opens with a primal tribal chant leading with the question in robotic Sci-Fi clarity, “In the future will I need my mind, or will Google take over this grind. I’m so tired of using my head, just want to be wired right into this grid.” This stellar social commentary on the dependence on technology and the inability to think is extraordinary. Kurt Vonnegut would be proud as the lyrics to the song call out cultural stupidity by illuminating the fact that instant gratification is divine, attention span of a flea is all society needs to thrive is fantastic.

Taking the spotlight is “Where I Belong,” and it seems Muse-likse, but cooler. Thereafter, they slide into the sexy “Birds Do It” where an accordion melody brings Disney’s Lady and the Tramp to mind, first with innocence, tumbling towards natural instincts, mixed with a staccato frantic and animalistic mood. “In The Morning” is the morning after, and it is a lullaby of disaster that most everyone can relate to in the insanity of a push me-pull you circle. This is all while angelic background vocals lend an ethereal quality to the song that ends with some sort of disjointed mess. Wrapping up the cluster of songs that illuminate the lack of intimacy is “Look At Me” where every hook is layered over the truth. Possibly a love song, it is perhaps one sung to that mirror on the wall reinforcing that all powerful claim to it all, especially if it is free.

As the record begins to wind down, there comes the cut “I Don’t Mind,” which is a genre crash of rapped lyric with an Irish jig vibe, which KONGOS claimed as influences for the self-admitted mash up. That kicks any attempt at classification in some genre box next to impossible, but the truth is, that is completely unnecessary. “Hey You, Yeah You” heads toward the end of this musical lecture before “Repeat After Me,” as repetition is so vital to retention, but there is no surrender. Then the song “If You Could” brings everything to a conclusion in a fashion that will leave the audience already pondering where KONGOS will go with future material.

Egomaniac is the sum of all of the parts. Each song is somewhere in the three minute zone, which might be an issue had the sequencing not been carefully crafted, making the album a rolling groove of Rock that can short out the brain. The parts alone are great, but each is paced aesthetically to serve the greater whole. Overall, Egomaniac is Blues-driven guitar Rock interspersed in a multicultural Techno Rock masterwork that can be done over and over again, so if those who need to ask permission, here it is – spiel away. CrypticRock gives KONOGOS’ Egomaniac 5 out of 5 stars. 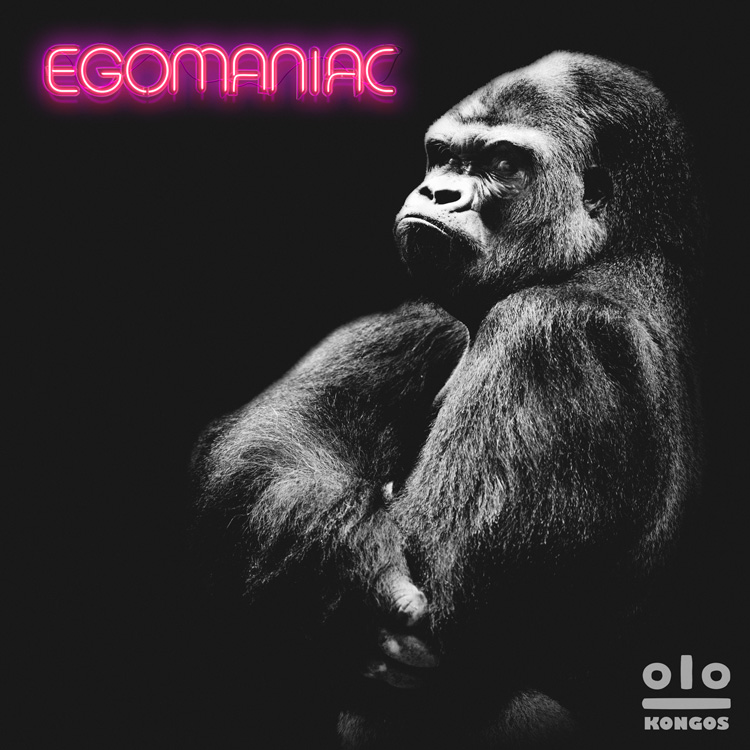