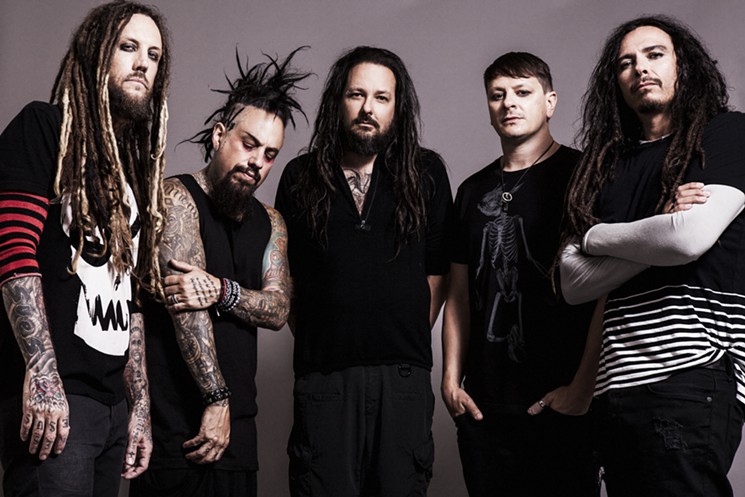 What can be said about the California based band Korn that has not been published already in their 23 year career? Pioneers of Rap Rock and pound rhythms of the mid 1990s, behind the Beastie Boys of course, Korn came onto the scene adding a new element to the equation. Dark, heavy, and full of angst, they are no question the forefathers of what many like to call Nu Metal. Releasing eleven albums since they formed in 1993, Korn asked music fans and critics, “Are You Ready!?,” the first three words expressed by Vocalist Jonathan Davis on the opening track “Blind,” off their successful, self-titled 1994 debut. Following with Life is Peachy in 1996, the album received mixed reviews from fans, either loving or hating it. A polarizing follow-up, it still stands strong all these years later. Furthermore, 1998’s Follow the Leader turned out to be Korn’s most successful album to date, hitting #1 on Billboard Charts and since going five times platinum. Since, Korn has been on an up and down roller coaster, filled with success as seen on 1999’s Issues, 2002’s Untouchables, and so on.

Sustaining the departure of co-founding Guitarist Brian ‘Head’ Welch in 2005, following the release of 2003’s Take a Look in the Mirror, Korn’s style and sound went through shifts and changes over the years. In addition, original Drummer David Silveria announced his departure from the band in 2006, thus ushering in the talents of Ray Luzier. Showing all hope was not lost for some reconciliation with long-time friends and musicians, Welch made a surprising return to Korn in 2013, and since, Korn’s lineup has been solidified with Davis, Reggie ‘Fieldy’ Arvizu still ‘slapping da bass’, Luzier on drums, and James ‘Munky’ Shaffer joining Welch on guitar. Fast forward over two decades later, Korn return in 2016 with their twelfth studio album, The Serenity of Suffering. Their first since 2013’s The Paradigm Shift, it marks the longest gap between Korn albums since 2007’s untitled release, and 2010’s Korn III: Remember Who You Are. In addition, it is their first album released via Roadrunner Records, and according to Welch, it is heavier than anything they have done in a while. A bold statement, does The Serenity of Suffering live up to the hype?

Coming off a successful summer tour, ‘Return of the Dreads’ with Rob Zombie, The Serenity of Suffering hit the general public on October 21, 2016 and features production from Grammy-winning Nick Raskulinecz. Wasting no time make a point, a loud screaming growl by Davis opens “Insane.” A signature of Davis, the music blasts in with the pounding bass and drums, creating a full impact of the rhythm section. The second track, the album’s first single, “Rotting in Vain” is a good follow-up offering another brutal Rock song. Reminiscent of the older, creepier sounding guitar tones coming from Munky and Head, it brings a ton of promise for the remainder of the record. Then, “Black is the Soul” slows down the pace a bit before the chorus becomes more powerful as the full band comes in. Meanwhile, “The Hating” smacks the listener in the face with heavier and darker riffs.

Keeping the album going strong, “A Different World” features a guest vocal appearance from Slipknot/Stone Sour’s Corey Taylor. A potent track, it is helped by the powerful singing of Taylor, and is quite possibly one of the brightest highlights of the album. This is followed by the single “Take Me,” which opens with a signature, older style Korn guitar sound before morphing into a colorful tune compliments of some textured keys from Zac Baird. The heaviness continues with songs such as “Everything Falls Apart,” before the intriguing guitar riff anchors “Die Yet Another Night.” Drenched with heavy bass and ringing guitar notes in the backdrop, “When You’re Not There” fits nicely amidst the other songs, but “Next In Line” is the true tension builder as Davis’ voice alters from singing to screams. Wrapping up the album, “Please Come For Me” is a mix of stop-go rhythms before Davis unleashes manic vocal syncopation.

The Serenity of Suffering is certainly a return to heaviness for Korn, so Welch was accurate. The pain that has always laced their lyrics is there and the signature tones that made them what they are very upfront. A welcomed return to die-hard followers, some are saying this is their best record since Welch returned to the fold. That said, fans wanting a genuine return of Korn, close to something like the way they began over two decades ago, The Serenity of Suffering will deliver. CrypticRock gives this album 4 out of 5 stars. 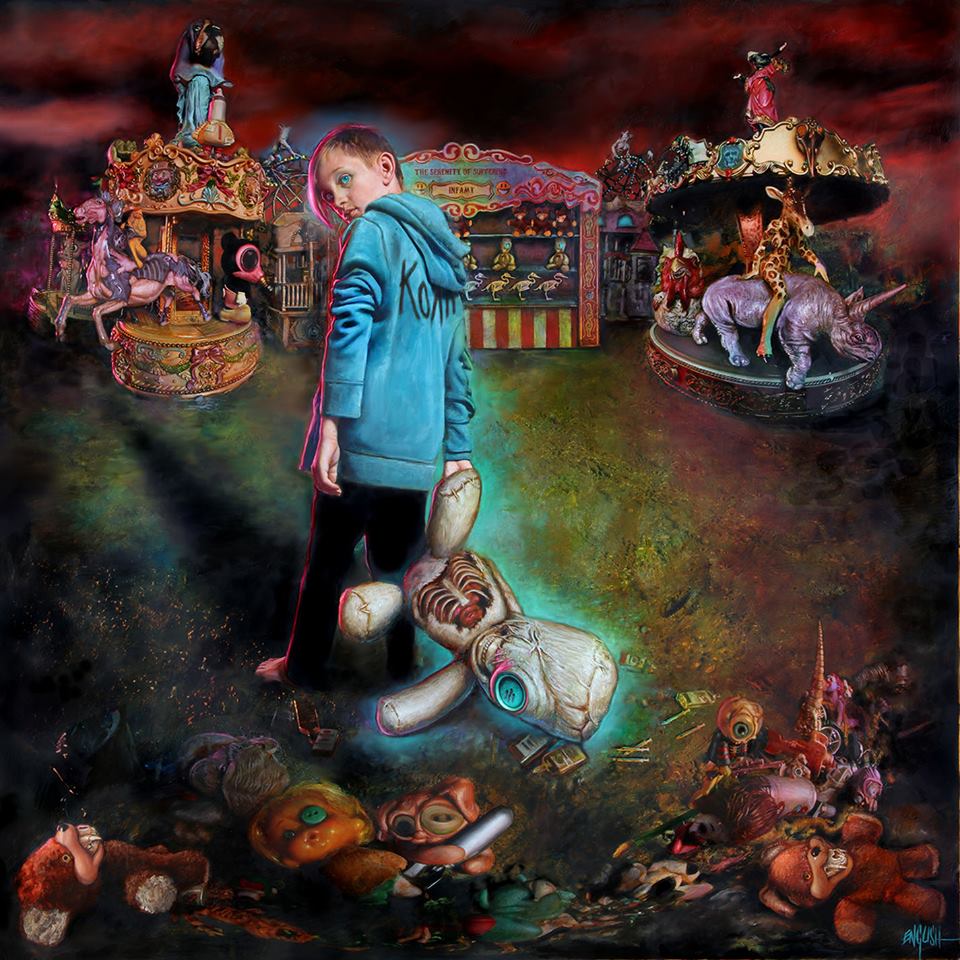