Writer and Director Robert Conway gifts Horror fans his second Christmas-demon present in the past two years, Krampus Unleashed. Available as of November 1st, on VOD, and on DVD December 13th, it was produced by Funhouse Features and distributed via Uncork’d Entertainment. Begun with Krampus: the Reckoning, neither of the Conway’s films are connected to the 2015, big screen release of Horror-Comedy Krampus from Universal. That said, Conway squeezes all he can from the sudden cult popularity of the ancient German myth and showcases new and rising talent in this holiday heaping-helping of Horror. 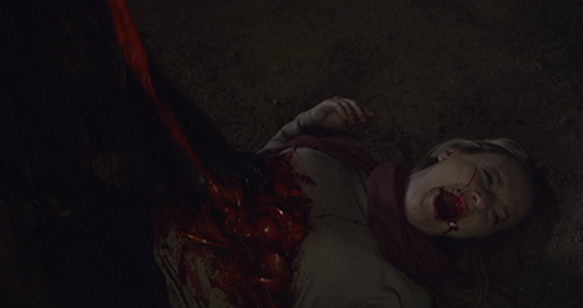 The Christmas Creature-Feature follows a family whose disparate parts come together for their holiday vacation with grandma and grandpa in Arizona. Their troubles, and those of the town, stem from a buried treasure – the legacy of Wild West outlaw family Klaus. A gang of treasure hunters, some years previous to the main timeline of the story, unearth the loot to find that it is a shiny black rock, comparable to coal. Ancient German covers it and one hunter recognizes it as the calling card of Krampus, St. Nicholas’ demon companion who punishes the wicked. Once fire touches the stone, Krampus awakes from his centuries long slumber and wreaks havoc upon the hunters.

In the present, the family stumbles upon the stone while learning to pan for gold and end up igniting the fury within with a misplaced cigarette. Krampus again shambles through the desert, killing on Christmas Eve, while a lone police officer desperately tries to decipher what is eviscerating the town’s residents. The survivors, with the help of the town beauty and an old coot living in a trailer, work up a plan to bury Krampus forever by exploding an abandoned gold mine on top of him. As dawn breaks on Christmas morning, they manage to blow the mine with Krampus inside, forever ending his blood-soaked wassailing. Or do they? Before the credits role, the audience is treated to the introduction of… Baby Krampus! 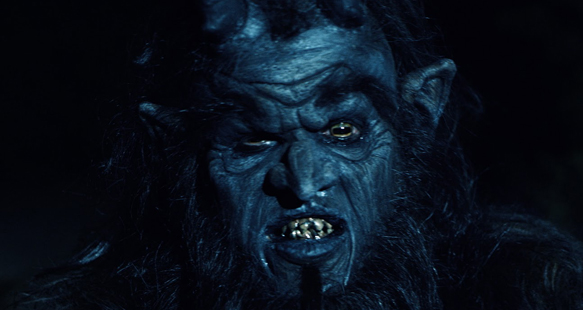 Krampus Unleashed is, at its heart, a nod to classic Creature Horror flicks of the ’70s through ’90s. It plays off of iconic films like 1984’s Gremlins and 1987’s Hellraiser by focusing on the myth, incarnation, and actions of the demon, while using the human cast as props to ‘feed the beast’. It is refreshing in a way, as many Independent films focus so much on characters and their psychological journey, instead of an interesting setting and the outside influences driving them. Delivering gore, action, and an ensemble of quirky characters, the film keeps the audience interested and nostalgic for Creature-Features of old.

The film, however, also delivers a big red sack full of flaws. It struggles to find its tone, never committing to obvious Comedy, or building suspense necessary for the thrills it offers. Most of what works seems to be found through trial and error. Dialogue is forced, boxing the actors into stereotypes and stiffness. While the main focus is about Krampus and his story, most of the characters are built on one or two traits and fail to connect with viewers. It never feels relevant and trends toward a checklist of basic Horror scenes instead of constructing a story.

A lesser known cast does a decent job through the film, despite their limitations, but first credited Amelia Brantley (Thanks for Dying 2009, This Is Us 2016), as girl-next-door beauty Bonnie, shines. She delivers sincere lines and pulls the viewer into her scenes with charm and finesse. A gratuitous topless scene will undoubtedly be a highlight for many of the angsty members of the audience, but her acting is the foundation for much of what is right about Krampus Unleashed. Travis Amery, returning as Krampus from Conway’s first film, should be celebrated for his work in full makeup and being lead on photography for the film. 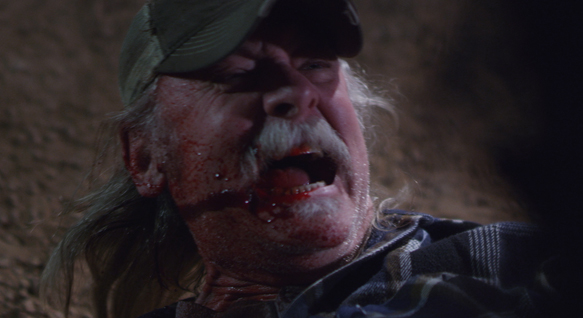 Overall, if those who can stuff their disbelief up their chimney, Krampus Unleashed offers an entertaining watch. It does not connect with Christmas lore like it should, nor does it provide motivation for the title creature, but it touches on enough from Horror predecessors that viewers can often fill in missing pieces on their own. Odd characters lend an air of National Lampoon buffoonery to the otherwise self-serious film, and, with Krampus himself, are the reason the film rises above a mundane, generic effort. As characters in the movie note – it may not feel much like Christmas, but it avoids falling reindeer turds. CrypticRock gives Krampus Unleashed 2.5 out of 5 stars. 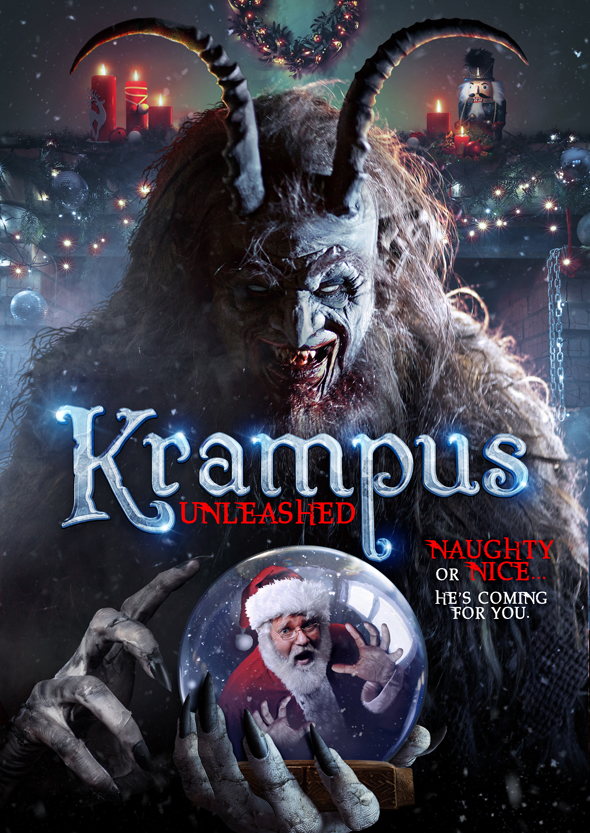