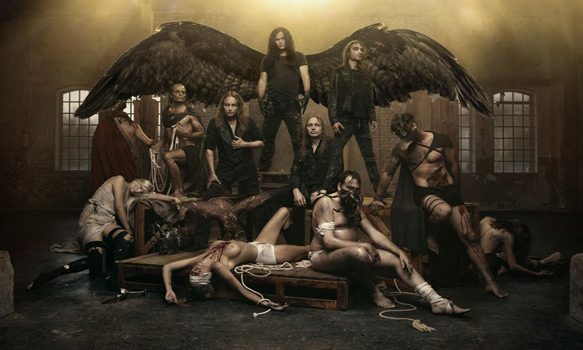 Through the perils and prospers of the ever-changing world, music often follows suit. That in mind, in today’s world, chained by complication brought on by new technologies and media advantage, bands are given the opportunity to express their appreciation and opposition to the tasks at hand. While homebase origins range all over for these bands, all of them feel one simplified overtone of energy that compels forward to reach the masses. In the land of German Thrash, among the top rankings are veterans Kreator.

Technically originated in 1982, yet not really come into their own until around 1985, Kreator continued down a long road over the years of one exceptional album after another. From 1986’s Pleasure to Kill to the vastly different direction of 1997’s Outcast, Kreator have made a few change-ups in genre style before eventually returning back closer to their beginnings. Arguably one of the most underappreciated Thrash Metal bands around, Kreator is solidified and complex, as expressed in their newest album, Gods of Violence.

Their fourteenth overall studio album, and first in five years, Gods of Violence sees the light of day on January 27th, 2017 via Nuclear Blast Records. Thematically relying on religion and ancient Greek mythology, it focusing on the satanic realm in the midst of it all. In addition, the anticipated new album was produced by the famed Jens Bogren, who has worked with everyone from Opeth, to Katatonia, to Moonspell.

Eleven tracks in total, it is full of highs and lows with “Apocalypticon” serving as a calming intro into the chaos that is “World War Now.” Fast action and inevitably chaotic, it is clearly depicted within the song, which races to the finish line with angered enthusiasm. From here, listeners are bounced into “Satan Is Real,” which offers up speedy guitar solos and suffrage of the finest quality. As one of the more marketable lyric based tunes, it could perhaps use a more defining structure in the music itself, yet it complies to its intent.

From here there is “Totalitarian Terror” and “Gods Of Violence,” busting out in full force, showcasing the essence of this Heavy Metal band. Highlighted by gravely, light-aired Death Metal styled vocals with the speedy Classical based riffage, it drives the title-track into submission. Now beyond midway through the album, “Hail To The Hordes” appears rooted in the peaceful epic nature of unity to conquer while it also pushes the very same belief into the future moment. It will serve as a favorite to many and as the most cultural song on the album.

Keeping the album strong, “Lion With Eagle Wings” is capable of lifting anyone’s stubborn spirits. “Death Becomes My Light” slowly pushes into the main course that has ballad undertones and morbid connotations. The catchy riffage along with creative beats smash together in a unified and fulfilling way so that the ending satisfaction can be reached with ease.

As a cohesive piece, Gods of Violence is complete. Although, some may agree the fully told story could use a second comb over to fine tune and release all the extra strays in the mix. As far as Kreator as a band, comparing Gods of Violence to past albums is simply unfair, because judging each album should be based on its time and heartfelt passion upon the moment of making.

Kreator’s forthcoming North American tour is bound to be one for the books, and a highly recommended experience for any true Metal lover. While this band easily qualifies as Thrash, they definitely have their own unique take on the genre, mixing old styles of Death and Black Metal into the pot, flushing out sound that is stylistic to Kreator alone. Without further ado, CrypticRock gives Gods Of Violence 4 out of 5 stars. 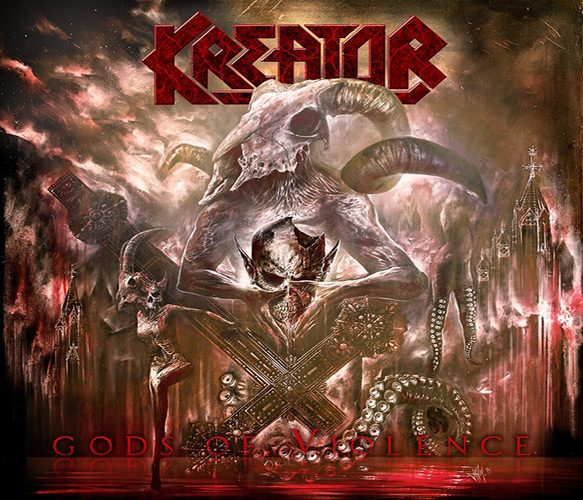