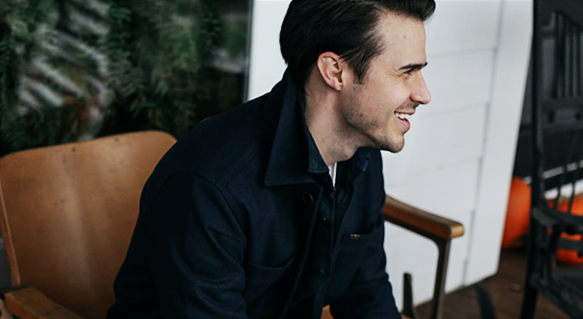 Former winner of Season 8 American Idol, Singer-Songwriter Kris Allen still knows how to please an audience. Born in Jacksonville, Arkansas, like many musicians, Allen grew an interest in music at a young age. In fact, in elementary school he learned to play the violin which helped him later down the road in high school, winning a chance to play in the Arkansas All-State Orchestra. Then, at the age of thirteen, he taught himself how to play guitar and eventually learned the piano. After high school, Allen went to college for a business major but ended up leaving school to pursue his dream job as a musician.

Honing his skills and performing live for several years, before actually auditioning for American Idol, Allen self-released his debut album in 2007, Brand New Shoes. Appearing on American Idol in 2009, his version of  Kanye West’s “Heartless” charted the Top 20 of Billboard Hot 100. After a victory on American Idol, his self-titled album was released later in 2009, debuting at No. 11 on the Billboard 200. Still riding high, in May of 2012 Allen’s second major-label album, Thank You Camellia, came before more success with 2014’s Horizons. Touring and building a fanbase in a grassroots fashion, Allen is still going strong and many would say he is just scratching the surface upon the release of Letting You In on March 18, 2016. Recorded in Nashville, Tennessee in 2015, the album saw Allen working extensively hard on over seventy songs with multiple producers before coming up with the ten that make up Letting You In.

The album begins with the groovy soulful tune “Love Will Find You.” While most people do not want to listen to a sappy love song, this one has something that will hook in even the biggest of skeptics. Lyrically honest, it is all about not chasing after love and how love will come to you when you least expect it. Then there is “Time Will Come,” which starts off in a Techno style before turning into an acoustic Pop tune. The theme of this song is very positive as well as very relatable for many people. In the lyrics, Allen tells a story how doubts cloud his head, but he keeps moving on because his time will come. With words such as “Lately, I’ve been making friends with the doubts in my head/ Hanging on every word they said,” Allen hits his audience in the heart with reality.

Moving on, “Waves” is another love-themed song where Allen creatively, metaphorically uses hurricanes and oceans as love. Unlike many love-based tracks, this one is more about how it is not about a perfect relationship. Sometimes it may not be what one needs, but it is what one always wants. Mesmerizing with his words, the song makes the listener want more, thus it could arguably be the best song on the album. Instead of having a slower melodic sound, “Faster Shoes” brings a slightly different sound to the surface, which is almost Jazz Pop-like. Then, midway through the record, is “If We Keep Doing Nothing,” which brings back a slower pace instrumental; a soulful Blues melody. Once it hits the chorus, it brings out a crescendo volume for a good dynamic. Later on is “Way Up High” filled with questions that may or may not be the truth as Allen talks about the thoughts that have occurred to him. He puts a question into the song, and thinks of the other side of what it could be as he sings lines such as, “As I get closer to God, is He falling more in love? Or are all my sins becoming that much clearer?”

Letting You In gets back into a groove with “Feeling This Way,” which is all about having days where you may be at the wrong place, but at the right time. Speaking in the second person, he literally speaks to the audience with the words, “You know what I’m talking about.” Here he is expressing his idea of how they always say live for today, but he is praying for tomorrow, and many listeners can relate to that. Next, the album title track, “Letting You In,” comes on and it could be one of the best songs on the album as Allen tells a story how letting someone in can be the hardest thing to do. However hard it may be, it can also be the greatest thing one could ever do. Not only is this song pure perfection, it is the justifiable caption for the album. With only a couple of songs left, “Move” is a very groovy upbeat piece that will make listeners want to get up and dance. This is before Allen brings everyone down with the very slow, melodic, acoustic melody of “I Remember You.” While not making the last song a huge ear popping sound, instead, he slows things down and does the exact opposite. The tune is basically the ballad of the album, but it is right way to close this story.

Letting You In does exactly what the title implies. Allen tells stories through his music and not only is he good at it, but also quite charming too. Every song is positive, or very realistic too, something many artists cannot create in this generation. On Letting You In, fans will hear Allen experimenting with new musical aspects. He changes style of music genres all throughout the entire album, and better than some musicians can do. Those looking for something to groove to, or just something to feed them positive feelings, Letting You In is for them. CrypticRock gives this album 4 out of 5 stars. 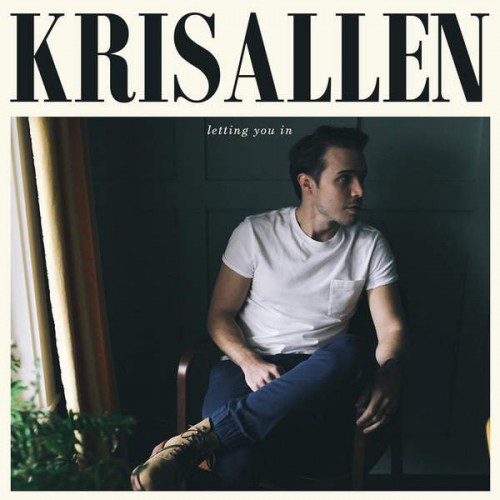