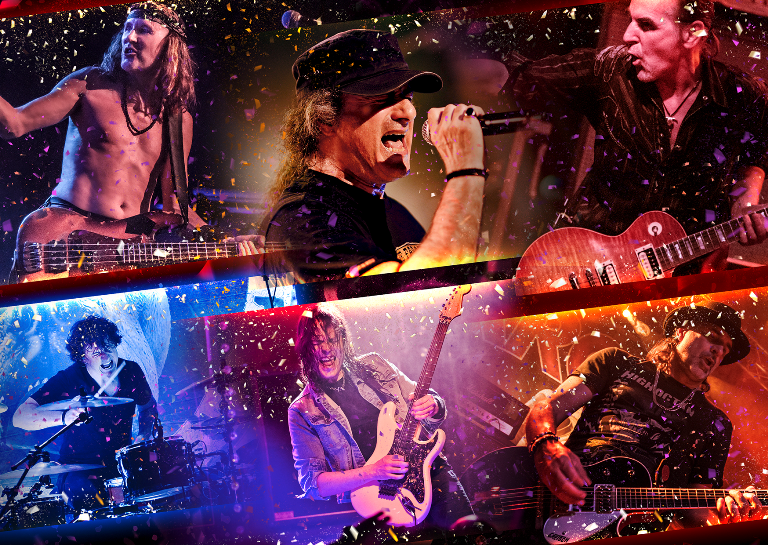 Krokus has played two thousand shows across five continents, sold over forty million records worldwide, and had gold and platinum albums in North America throughout a four decade plus career.  The Swiss six-piece band made up of Marc Storace (Lead Vocals), Chris von Rohr (Bass, Vocals), Fernando von Arb (Guitar, Vocals), Mark Kohler (Guitar), Mandy Meyer (Guitar) and Flavio Mezzodi (Drums) recorded twenty live performances in 2013 in a quest to put together their first live album since 2004’s Fire and Gasoline.  Fittingly enough, the band decided to go with the recording of the final show on their tour when they performed in front of a energy-filled sold out hometown crowd in Solothurn, Switzerland.  Working with live engineering by Sebastian “Basi” Roeder, who has worked with such bands as Pink Cream 69 and Rhapsody of Fire, the fourteen song set was recorded on August 30th 2013 and gives new and old fans the true live experience of Krokus in one package.  Titled Longstick Goes Boom Live from Da House of Rust, the album is now available via The End Records.

They start the show in intense fashion with the title track “Long Stick”. Crunchy riffs, vocals reminiscent of Bon Scott, and there is even a nod to The Who right before the solo. The track is energetic and a great tone-setter for the rest of the album. “Long Stick” rolls straight into “Hallelujah Rock‘n’Roll”, an anthem praising hard rock and features a wicked sweet guitar solo. “Go Baby Go” cranks it up a bit more as they really get into the show, and it is like a shot of adrenaline to the ears. “AM Woman” is the band’s take on “American Woman” and is a little heavier than the original.  Then you get “Tokyo Nights” which is kind of a slow jam, off-beat reggae feel blended seamlessly with Krokus’s hard rock style. This is one that guitarists, both aspiring and experienced, should really enjoy as the whole song is peppered with impeccable riffs and a bluesy, soulful solo and is one of the best songs in the set.

That only sums up half the set, the second half is every bit as intense and the whole show is charged with passion, from both the fans and the band.  On the second half of the album tracks like “Fire” are masterfully performed with some of the most heartfelt guitar playing in the whole line up.  On “Bedside Radio” you feel like you are right there in the pit cheering and chanting along with  a metronome of clapping and cheering fans.  Not every live album is able to capture the energy and enthusiasm of the concert experience but listen to this one once and you will see why this is the show they chose for their live album.  With a tri-fold digipak package and liner notes filled with crisp beautiful live photographs this is a must needed addition to a Krokus fan’s collection.  CrypticRock gives Long Stick Goes Boom Live From Da House of Rust 4 out of 5 stars. 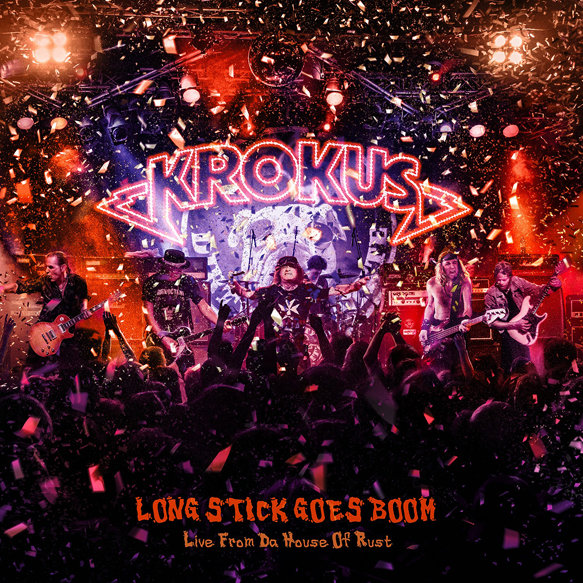 Read an interview with Marc Storace of Krokus here.