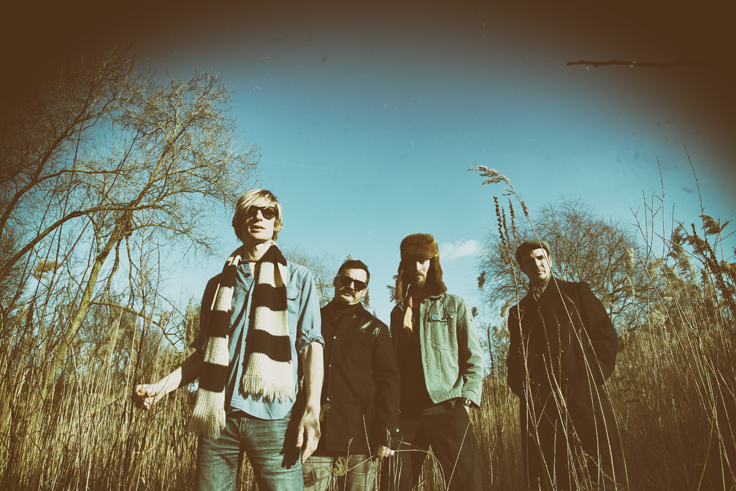 If one has to cite the most distinctive trait of Kula Shaker, then it would be its Indian-influenced musical style, which is consistently present in all its albums, as if there is an aural umbilical cord connecting all of these together. Formed in 1995, in London, England, Kula Shaker drew its inspirations from the Raga-inspired Psychedelic Rock of the ’60s, which was first explored in that decade by bands such as The Kinks (“See My Friends”), The Yardbirds (“Heart Full of Soul”), The Byrds (“Eight Miles High”), The Paul Butterfield Blues Band (“East-West”), and The Beatles (“Norwegian Wood [The Bird Has Flown]”). The backpacking trip of Crispian Mills (lead vocals, guitars) in India in the early ’90s, after the demise of his early bands and prior to forming Kula Shaker, certainly solidified the already apparent Psychedelic Rock leanings of Mills’ musical expressions. Combining this with the gloss, sheen, and quirkiness of ’80s Post-Punk and ’90s Britpop and Alternative Rock, which were at their peak in the mid-’90s, Mills with bandmates Alonza Bevan (bass), Paul Winterhart (drums), and Jay Darlington (keyboards) achieved commercial success and critical acclaim only a year after Kula Shaker’s formation, with the strength of their debut album, K, released in 1996. Singles taken from this album that have now become Britpop standards include “Govinda” and “Tattva.” One more album followed, 1999’s Peasants, Pigs & Astronauts (“Golden Avatar”), and then the band broke up in the same year.

For much of the early 2000s, members indulged in their respective musical endeavors until an official announcement in 2006 confirmed the rumors that Mills, Bevan, and Winterhart, augmented with new member Harry Broadbent (keyboards), have indeed reunited as Kula Shaker. An enduring activity and three albums have since resulted in this reunion—Strangefolk (2007), Pilgrims Progress (2010), and the recently unleashed K 2.0.

Released on February 12, 2016, Kula Shaker’s fifth continues the band’s indulgence in Raga-tempered Britpop. It further cements the crystal-clear vision, stylistic consistency, and musical philosophy of Mills as the leader of the band. As soon as the first sitar strums of the first track, “Infinite Sun,” enter—add to that, the opening lines “We are one in the infinite sun / Fly like an eagle”—the initiated will doubtlessly acknowledge that Kula Shaker is in its top form. Following next is the typically Britpop-sounding “Holy Flame,” whose galloping beat, bassline, and choppy guitar rhythm make it a perfect addition to a playlist that includes Blur’s “Coffee and TV,” Menswear’s “I’ll Manage Somehow,” and Pulp’s “Common People.” The upbeat mood flows seamlessly through “Death of Democracy” and then speeds up a bit with the ensuing “Let Love B (With U).” The whiff of Alternative Country sensibility is strong in these two, enough to take the listener to a territory mapped out by bands like Violent Femmes (“Don’t Start Me on the Liquor”) and 16 Horsepower (“Black Soul Choir”).

Kula Shaker turns meditative with the slow intro of the bluesy and folky, aptly titled “Here Come My Demons,” which then picks up pace as a wall of guitars sets in, sonically referencing the slow-fast Folk/Blues dynamics of The Yardbirds’ “For Your Love.” Then there is the Country-tinged “33 Crows,” further slowing down the mood. “Oh Mary” returns to Raga land, while “High Noon” is a seeming nod to the ’70s Folk Rock albums of Neil Young, in particular Harvest (“Heart of Gold”) and American Stars ‘n Bars (“Like a Hurricane”). Kula Shaker pays tribute again to its Hinduism roots with the chanting ditty “Hari Bol (The Sweetest Thing).” The pace builds up with the slightly crunchy and funky rocker “Get Right Get Ready.” Finally, K 2.0 closes with the initially slow, soothing and mystifying “Mountain Lifter,” which then ultimately rocks and soars with its driving bass, power chords, and intricately woven guitar and sitar melodies that counterpoint with the hypnotizing chants and chorus lines that Mills delivers in a partly Soul-infused, partly cracking Rock vocal styling. The adrenaline-lifting closer may be regarded as the album’s highlight.

Kula Shaker may have arrived already during the tail end of Britpop’s commercial peak in the mid-’90s, but the band, through time and with its outputs, had long proven itself to be among those bands associated with the genre that have developed a very unique and distinct style and musicality. CrypticRock gives K 2.0 4 out of 5 stars. 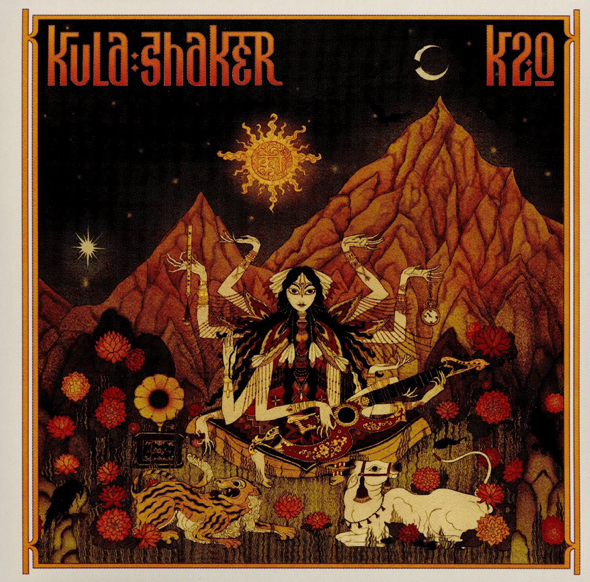