Premiering at Sundance Film Festival on January 21, 2017, there is a moment deep into the film Kuso where a woman falls down a pit, wakes up attached by the legs to another woman, rips herself away from this other woman and then crawls desperately away from a giant turd monster. Sometimes you just have to come right out with it; you are either with this movie from the beginning or you are not. 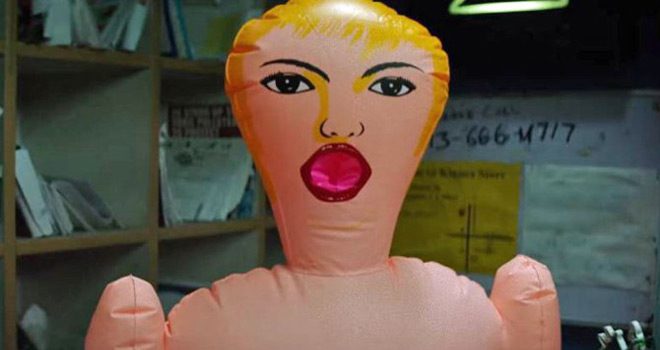 This is not even close to the most outrageous bit audiences will see in this hypnotically disgusting Horror Comedy. Without spoiling anymore of the four vignettes that comprise the film by Producer/Musician Flying Lotus, there is no way one can really describe what makes up Kuso, but here it goes.

Picked up by Shudder later in 2017, released on the VOD network on July 21st, along with limited theatrical release, there is a great deal of talent involved with this film. Just have a look, it stars Hannibal Buress (The Secret Life of Pets 2016, Spiderman: Homecoming 2017), Tim Heidecker (Tim and Eric’s Billion Dollar Movie 2012, Bagboy 2015), Anders Holm (Workaholics series, Sausage Party 2016), film Co-Writer David Firth (Spoilsbury Toast Boy 2004, Dog of Man 2008), and George Clinton of the Parliament Funkadelic. Not bad right?

This all laid out, Kuso (Japanese for “shit” and the name of an East Asian internet culture underground that celebrates parody and campiness) is the story of how the citizens of Southern California are dealing with an epidemic unleashed by an unseen earthquake. The answer is pretty well, actually, despite this mysterious disease rendering society into an absurd parody of itself. 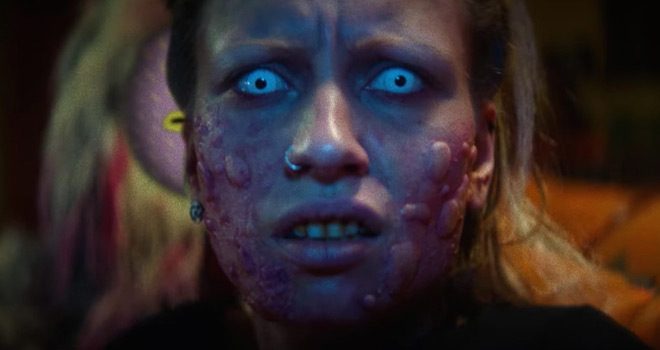 This is where viewers step off into the ether, because the disaster lives mostly in the background. Ellison himself wrote two of the four vignettes by himself (Royal and Smear) and the two others with different partners (Mr. Quiggle with Zack Fox and Sock with David Firth, both of whom also act for the first time in these stories). These blocks are broken up by television static, mock newscasts, and trippy animated sequences, sometimes done with CGI so obviously CGI that it perhaps is calling attention to itself.

An extremely self-aware film, the allure of Kuso for some is what will turn many off. It is unapologetically and uncompromisingly disgusting. It revels, gloriously, in confronting the viewer with incredibly vile imagery. It may be a case where my describing it as such builds some unreal expectations. Frequently hilarious, one amazing non sequitur of a historical reference comes completely out of left field that will have many puzzled.

In addition, Kuso’s dreamy, colorfully clear cinematography, a shared effort by Norm Li, Danny Hiele, and Benjamin Goodman, highlights the brazen peculiarity of it all. The score is excellent as well with contributors include Ellison himself as Flying Lotus, industrial giant Aphex Twin, Akira Yamaoka, Thundercat, and others. It has a great, funky energy that just adds to the weirdness of it all. 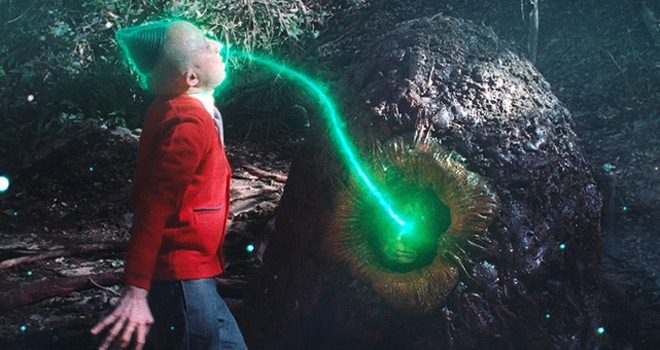 Finally, Ellison’s sound design is top notch. There is a perpetual explosion of squelchy, moist, and gassy bodily function noises. Ellison also uses snippets of classic ‘50s and ‘60s Sci-Fi movies to humorous effect. There are also sound effects right out of classic cartoons peppered throughout the film in the most appropriately inappropriate situations. It all adds up to a truly lucid mania. The film has a really tactile, down and dirty feel that implores a response.

That being said, it does need to be asked; does all of this make for a good film? While it can be enjoyed (or despised) for these different aspects, many will ultimately like Kuso based on what they look for in movies. If a coherent narrative story arc is what you are looking for, you are really not going to find it here. Kuso is not about telling a “character goes through a change” kind of story. It can be there if you want it, but Kuso exists more as something to be experienced than prodded and dissected afterward.

That also being said, there is some meaty (pun intended) social commentary lurking in this lovely swamp. In a recent BUILD series interview, Ellison said his goal was to “show people their ugly asses.” That is a definite accomplishment. In a cinematic world where questions are rightfully being asked about the portrayal of minorities and women in film, Kuso is unafraid to make a simple point clear: this earthquake has revealed us all to be disgusting, farting, slimy, gross creatures crawling about the planet for the silliest of reasons, no matter our race or gender. The electric score and film-long gallows humor make this realization fun, not terrifying. 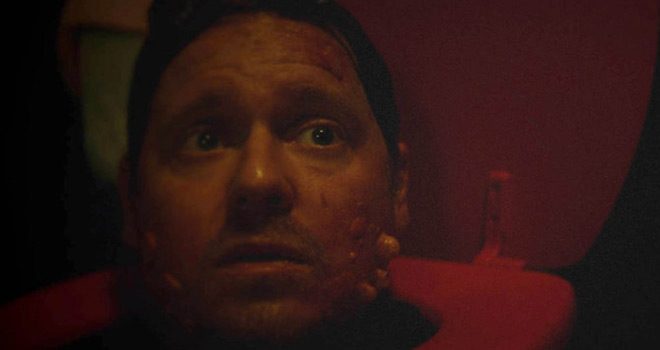 Call it theater of the bizarre. Call it a Body Horror Comedy. Call it the worst movie of the year. Call it what you will, but Kuso is an exciting, frequently funny film that will certainly offend and disgust many people who watch it. It is not “great,” but it does not need to be “good” either. It is a piece of art, as much as some of its own characters would laugh at that suggestion. For these reasons, CrypticRock gives Kuso 3 out of 5 stars. 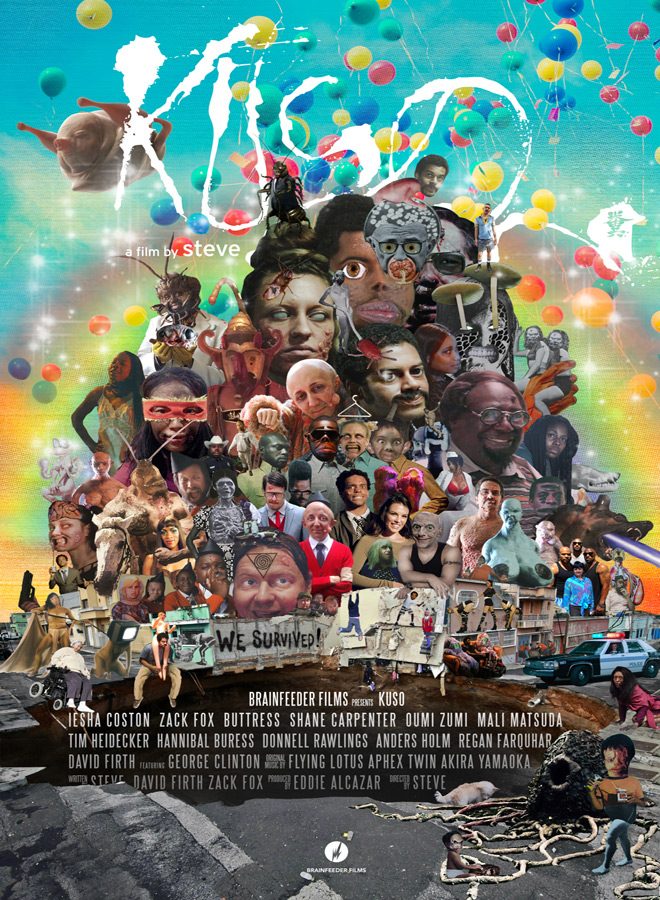 Superhost (Movie Review) When The Screaming Starts (Movie Review)
Like the in-depth, diverse coverage of Cryptic Rock? Help us in support to keep the magazine going strong for years to come with a small donation.