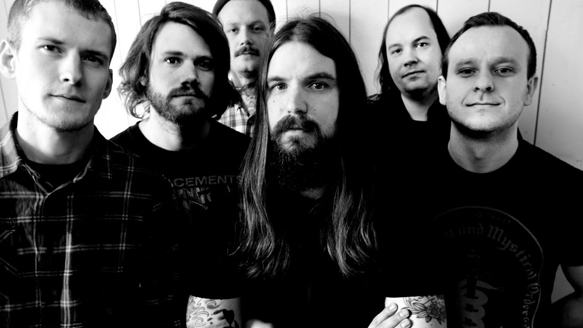 The roots of Black Metal have long been asphyxiated by the youth-induced greed of claiming a genre for none other than publicity and fame. Following such a dangerous path has led to the scrutinization of a deeply historic and cultured genre; one that fuses darkness with antiquity and legend with composition. Beneath an iron umbrella of Norwegian folklore, Kvelertak nurse the disintegrating fowl of those who claim they are oh so “Metal” with a most brilliant new interpretation: liquify original Black Metal with Thrash-like Rock riffs under a kaleidoscope of style. Keeping true to their roots while sampling the flight of re-invention, Kvelertak reigns authentic among the Metal-attention-seekers. Matching the accolades of being an overall superb band, Kvelertak’s third studio album, Nattesferd, drops May 13th via Roadrunner Records.

Hailing from none other than Norway, the sextet formed in 2007 to almost instant acclaim. Translating to “chokehold” in Norwegian, Kvelertak uses the tongue of their homeland to convey their message; surpassing all language barriers with the ease of true talent. Soon after releasing their first (self-titled) album, Kvelertak, in 2010, a call from across the sea beckoned the sextet to bless a new audience. In 2013, Meir did exactly that. American fans tasted the meaty morsel of a Kvelertak album and were hooked without choice. Instead of force-cranking out an album a year, the band left fans on both ends of the Earth craving their sound by way of patience, wonder, and even-numbered release years. And finally, to an extremely wide array of anticipating demographics, Nattesferd comes to satiate all.

Opening track “Dendrofil for Yggdrasil” immediately wins the award for best title (because that mouthful is just plain fun to say), then lures fans into a haphazard electric dimension of Norse legend. Meaning “The Tree of Life,” “Yggdrasil” begins with a drawn out shriek over intense double bass. The blasts are summoned by Drummer Kjetil Gjermundrod, rousing a shrapnel cyclone from Vocalist Erlend Hjelvik. The instantaneous Black Metal morphs into a peak of aphotic Rock against the guitars of Maciek Ofstad, Vidar Landa, and Bjarte Lund Rolland. Surfacing in a slow final breath, the guitarists break down “Dendrofil for Yggdrasil” alongside Gjermundrod’s vivid fills.

But after jamming “Dendrofil,” a little surprise titled “1985” walks into the room, puts a beer in someone’s hand, grows a gnarly mustache and starts talking about when the Ride The Lightning tour is coming to town. “1985” embodies the versatility Kvelertak so flawlessly possesses. The Classic Rock-like tune flicks a grizzly riff with anthem-shrill guitar and paces a hard day of chilling in mom’s basement with heavy, measured drums. If Kvelertak’s goal was to take fans back to the good ol’ days of music, “1985” will haul even the youngest fans back into a reverie of where it all began.

Nearing the end of Nattesferd, “Heksebrann” inaugurates a hypnotizing spiral of major and minor scales. The somber beginning is led atop Bassist Marvin Nygaard’s rigid sound, bending in and out of Rolland, Landa, and Ofstad’s nimble plucking. The instrumental intro highlights the elegance of each guitar’s part and will definitely be one to see live. Hjelvik’s vocals enter with spurts of gritty Norwegian lyrics, but the anthemic hook will have fans singing a language they know only by phonetics. Prepare to be humming this tune all day.

Innovating from the roots up, Kvelertak takes pride in their culture, preserving history, and melding genre gaps. Similar to their self-titled album, Nattesferd truly keeps fans guessing. Sure, other bands have one or two oddball tracks that end up in the “okay” part of the album. But Kvelertak? They throw fans into their black hole of style with a song for quite literally every part of the day, month, or life experience. Predictability is a hazard these days, and fortunately for Kvelertak, there is no such word in their vocabulary – no matter what language it is spoken in. CrypticRock gives Nattesferd 5 out of 5 stars. 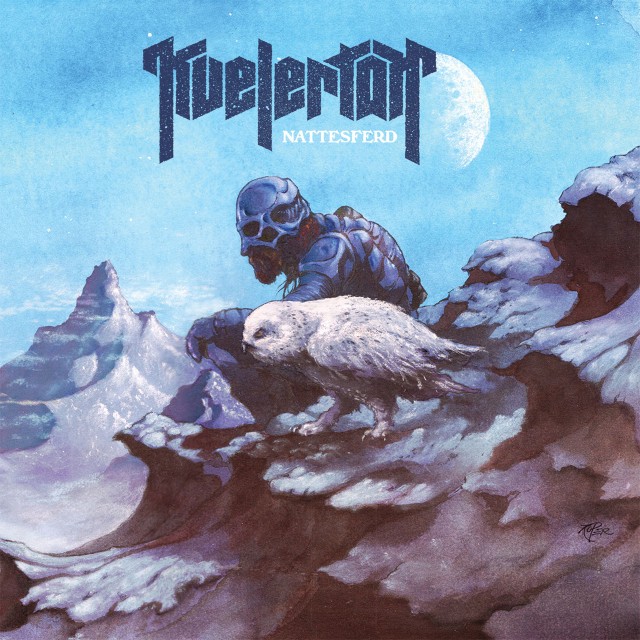