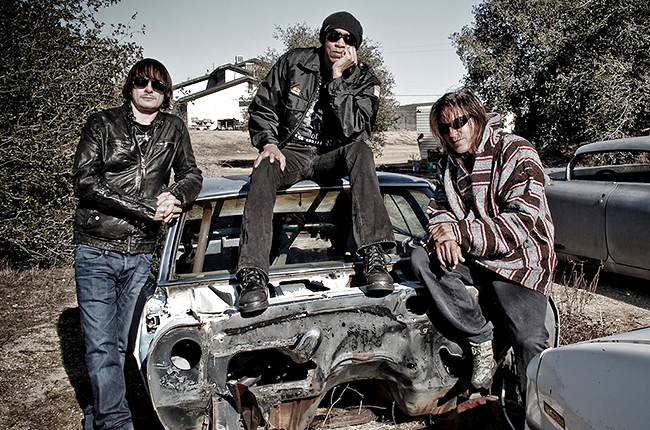 As fans, we often fantasize about super-groups; our favorite musicians from our favorite bands coming together and hoping they redefine a genre. In 2013, three apex musicians crossed paths at a bash for Ray Luzier’s son, and the result was KXM. Comprised of dUg Pinnick (vocals/bass) of King’s X, Korn’s Ray Luzier (drums), and George Lynch (guitar) of both Lynch Mob and Dokken, KXM is truly something unique. The trio’s self-titled debut, KXM, produced by Chris Collier, was released March 11th under Rat Pack Records and is the highest debut in their history. Strap in for this one because it could easily set a new standard of excellence for metal.

This album is hard and heavy, bluesy and soulful, has a depth of emotion that is almost indescribable, and wrapped neatly inside it all, there is a message. The lead track, “Stars”, opens up showcasing the technical skills of Luzier and Lynch, but more than that, the song is a cry for human unity. The lyrics resonate in an almost haunting manner. One line, “The deeper the reason, the higher the cost/ One hundred percent we are all in the dark”, beckons you to question the powers that be, while the line “Powerful words make a powerful voice” reminds us that we have the capability to affect change when we stand as one and speak out. In “Gunfight”, we hear it again: “Add to the confusion, we question the conclusion in choosing a solution to take our rights away” “…they take away our freedom. Resist they call it treason and put your ass away”. It is an intense reflection of our current political state, shining a dark light on what many are blind to.

While the political message is strong, there are many facets to this gem. “Sleep” takes you on a darker, more personal journey through broken homes. It is a slow groove, heavy and heartfelt with a beautiful guitar solo that reflects Lynch’s blues rooted style. “Never Stop” is a soft, soul-wrenching ballad of heartbreak and loss and, while it’s sorrowful, it is also bittersweet; it comes from the kind of pain you hold on to because there is joy in the memory of what was. The guitar work is melodic, delicate and precise. The solo sounds like it is played on heartstrings. You feel these tracks just as much as you hear them.

KXM comes at you from every angle. “Rescue Me” is on a different level entirely, coming in heavy on every front: bass, percussion and guitar. The first minute is dUg, Luzier, and Lynch locked in a jam heavy enough to drop the ceiling on your head, and then dUg lays a powerhouse vocal track over it, making it a piece of art in which words cannot do it justice. Tracked second to last on the album is “Tranquilize”, a purely instrumental piece of three masters of the craft just enjoying themselves.  Luzier shows off his abilities in a big way on this one and George Lynch sets his fret board on fire.

No two songs are the same with this one. No one is competing for limelight as often happens with super-groups. The chemistry between these three dominant musicians is tangible. Every track is a masterpiece in its own right, making this a truly superb album. It is everything you expect when you hear “super-group”, and then some. It touches your soul; it’s thought provoking; it’s musically impressive through and through.  If you only buy one album this year, make sure it’s KXM. CrypticRock gives this one 5 out of 5 stars. 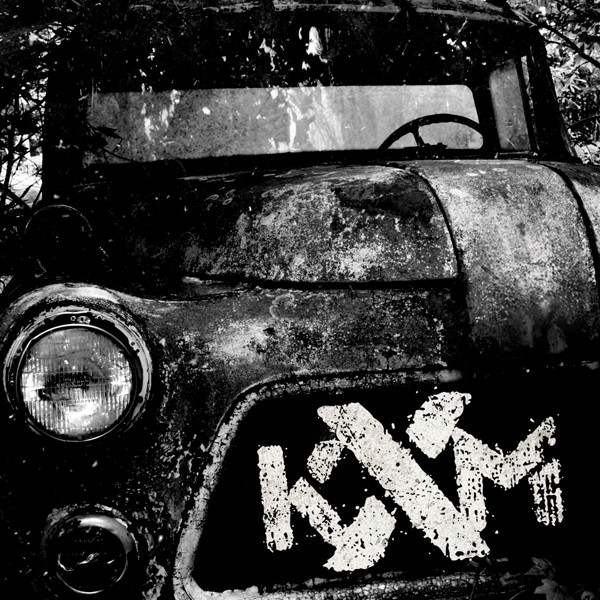 Review written by Jesse Graham
Like the in-depth, diverse coverage of Cryptic Rock? Help us in support to keep the magazine going strong for years to come with a small donation.
Print page
0 Likes