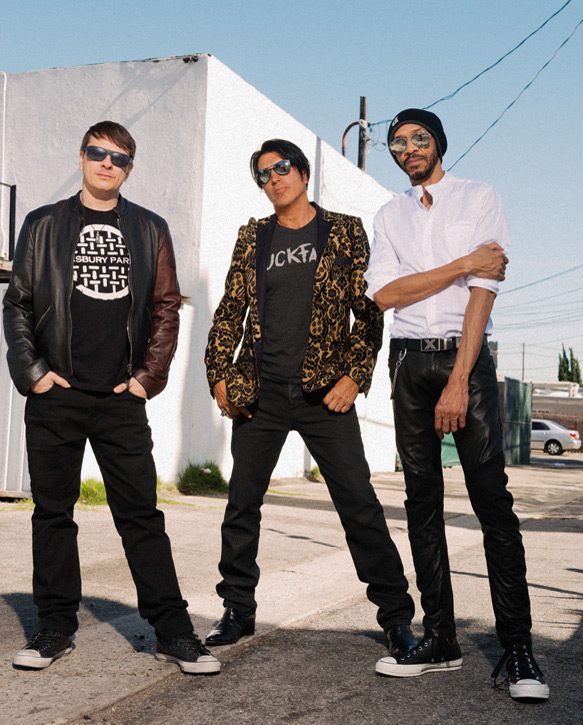 Putting a group of all-star musicians in one room together to record an album does not always mean instant magic. In fact, many times it ends in a lackluster effort, leaving many fans disappointed. Thankfully that was not the case when the three-piece band known as KXM came together back in 2013. Brought together by King’s X Vocalist/Bassist Dug Pinnick and Korn Drummer Ray Luzier, they were quickly joined by legendary Lynch Mob and Dokken Guitarist George Lynch. Impressive, right? Well it gets better, their 2014 self-titled album debuted at #31 on the Billboard 200 and was a mastery of thoughtful, well composed tracks.

Now a few years removed from their initial success, KXM are set to return with their anticipated sophomore album, Scatterbrain. Set for release on March 17th via Ratpak Records, Scatterbrain consists of thirteen new songs recorded over just a ten day period at Steakhouse Studio out in North Hollywood, California. Calling on Chris “The Wizard” Collier, who produced their first album, KXM look to up the dosage and then some with Scatterbrain.

Opening with the title-track, “Scatterbrain,” the mood is set with a punch approach, which is slightly disjointed in the manner of a Psychological Thriller. Projecting the feeling of being on the edge, even the solos in the instrumental section are somewhat eerie and sinister. Then, twisted and distorted chords make “Breakout” an engaging track where Pinnick has an unusual vocal style that fits so well within this music. Quite haunting at times, while ominous, it is never depressing or dull.

Moving on, “Big Sky Country” is a political statement which is very much of the moment, with references to walls, borders, and controls. It is dark and bleak, reminiscent of some of the themes broached in George Orwell’s classic novel 1984. Taking on a fast, rhythmic dance feel, “Calypso” is a weird mix of Salsa, Bossa Nova, and Latin tones etched with threatening overtones. Overall, it is something of a cocktail of sounds and feelings, echoing agonies and desires.

Keeping with the Latin influences, “Not A Single Word” possesses hints of Santana, juxtaposing the traditional dance vibes with a more modern vocal, giving it a fresh and exciting impression that lures the listener in. Changing the mood, the heavier and more brutal “Obsession” is powerful and malevolent while Lynch’s whirling guitar solo emulates madness. This is before “Noises In The Sky” refers to the phenomenon of the sounds that have been heard worldwide that appear to come from the skies above. These noises often are described as being like trumpets, and while there are many strange theories, one of the most popular explanations is that it is the warning of the Apocalypse. The song is as unusual and alien as the noises it is about.

Later on, mental health becomes a hot topic, and “Panic Attack” deals with one form such. While the song seeks to encourage and give strength to the sufferer, it also has the feel of delirium and insanity. Shifting emotions, funky and offbeat, “It’s Never Enough” is a mix of rant and dismay, beefed up with tantalizing riffs and innovative drum licks. This is before the psychedelic “True Deceivers,” which focuses on religion and faith, asking difficult questions.

Pulling no punches, “Stand” considers the political turmoil and convictions of the masses; in the current climate, it brings home a truth. Musically, it is mis-matched and at odds with itself, in harmony with the topic it raises within the lyrics. Begun more straightforward, “Together” has intense drum beats which pounds the listener into submission. Changing it up, it winds its way mysterious and hypnotically through fascinating breakdowns with harmonious choruses as well as strange melodies. Bringing the fantastic journey to a close, “Angel” offers a love song which is both beautiful and creepy at the same time. Dressed with elements of Country and Blues, it is a perfect end to such a varied and inspired album.

Scatterbrain is one of those albums you have to work at, it is not instant and it takes a few listens to get it. That in mind, it is worth that extra effort to get to know these collection of songs. It challenges norms, takes risks, and has a futuristic, ahead of its time aura that takes a while to be absorbed into the psyche.

All in all, this is very much intelligent music. Listeners will need to think about and have knowledge to understand, which means it may not have mass appeal, but those who get it will really appreciate the skills on show, the musicianship, and creativity that goes beyond the normal boundaries. For these reasons CrypticRock gives Scatterbrain 4.5 out of 5 stars. 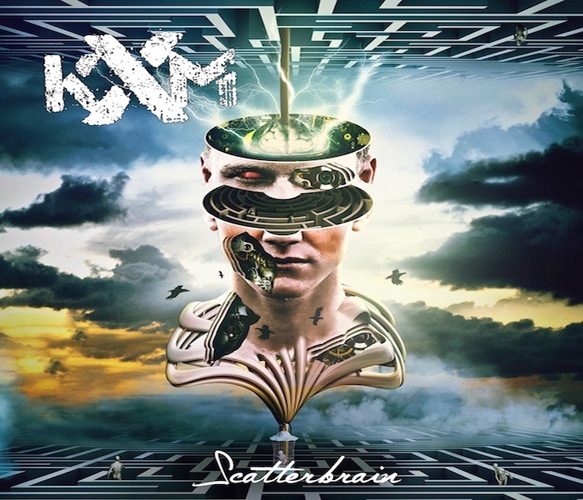