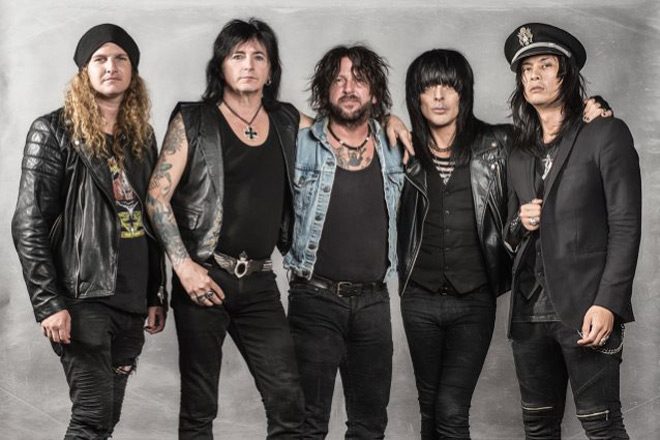 As the years race by and Father Time takes its toll, only a small handful of bands popular in the early ’80s are still currently writing music. That said, there is an even smaller percentage who are reuniting as a close rendition of the earliest incarnation of their respective band during its claim to fame era. One of them are the hardworking fellows in L.A. Guns who as recent of last year saw Vocalist Phil Lewis and founding Guitarist Tracii Guns join forces for the first time in 14 years!

With the rest of the lineup consisting of Michael Grant on guitar, Johnny Martin on bass and backing vocals, as well as Shane Fitzgibbon on the drums, L.A. Guns offer a 12 song album jam-packed with catchy tunes and classically intense riffs/solos. Tucked toward the end, the title track is among the favorites on the album as it exemplifies the best traits L.A. Guns has to offer from its heyday to now. This in mind, L.A .Guns will always be an Los Angeles staple and, although they never took off quite to the extent of Guns N’ Roses, which was the offspring of L.A. Guns and Hollywood Rose, they still make a solid impact on the current scene and invigorate the Sunset strip the way it was always meant to be.

Making for a perfect introduction, it starts off with “It’s All The Same To Me” where Lewis dishes out compelling vocals combined with the riveting guitar of Guns. Rushing into the song “Speed,” with a catchy Hard Rock rhythm and chorus, next, on “A Drop Of Bleach,” Lewis tears down the house with the familiar sex appeal of his vocals and antics. Along with some gritty drums and sultry riffs, it embodies the whole essence of L.A. Guns.

Whatever the influences may be for The Missing Peace, the album still carries that signature sound through and through which makes each song their own. Some similarities or hints of Deep Purple can be found along the way, but again, L.A. Guns have a strong original signature sound to begin with. For the ballad and bluesy portion of the album, “Christine” comes in about midway through and promotes nostalgia as well as hope for the days to come. Another happening tune, “Kill It Or Die” is fun with flavor-filled lyrics. This is before the album’s feisty number, “Don’t Bring A Knife To A Gunfight,” dragging in the sinister mood with a slight touch of early White Lion.

Toward the end, “The Devil Made Me Do It” has marketable promise and an overall catchy appeal in the chorus similar to a Mötley Crüe song, although, the solos clearly define it as an L.A. Guns tune. Last, but far from least, “Gave It All Away” opens with an acoustic medley that blasts into a heartfelt number that will no doubt reach the modern day Rock audience.

The most definitive characteristic throughout the years is that L.A. Guns has always stayed true to themselves even through the break-ups, switch-ups, and double-edged sword play. They risked fame for their vision. In the end, they have everything they have ever needed and then some, all the while maintaining a typical, wild Rock-n-roll lifestyle. The Missing Peace is a special gift and every bit worthy of being a significant contributor to the modern Hard Rock scene as well as a refresher course on the sparks of ’80s Glam Metal without an overabundance of the actual Glam swagger. For all these reasons, CrypticRock gives this album 4.5 out of 5 stars. 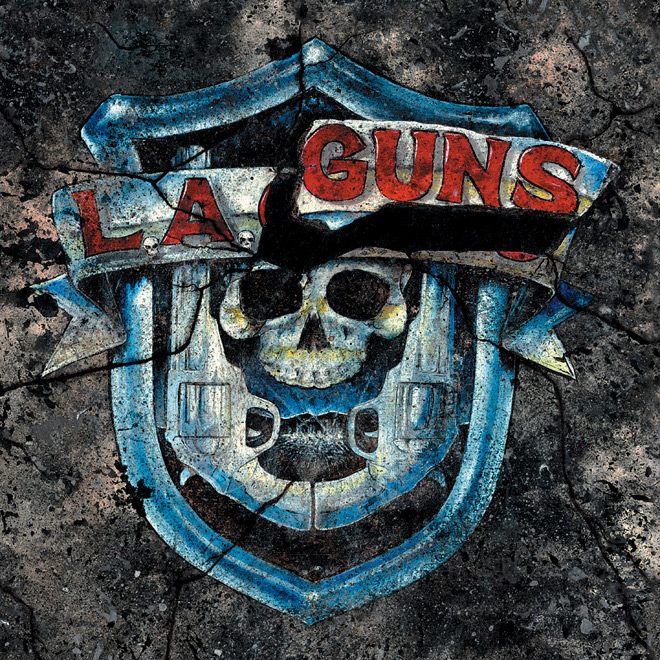