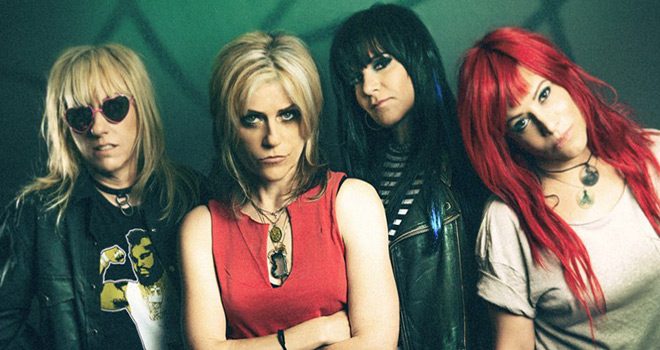 Few bands are as important to the creation of feminist Punk Rock as L7. Thankfully, the band documented their insane journey with countless photos and videos which have been compiled into the new Documentary L7: Pretend We’re Dead. Released worldwide on Blu-ray and VOD on October 27, 2017 via MVD Visual, this excellent Documentary has already had a successful screening tour throughout major U.S. cities, and now fans everywhere will have the chance to take a deep dive into the band’s wild ride.

Produced by Blue Hats Creative, Pretend We’re Dead features exclusive interviews with band members Donita Sparks, Suzi Gardner, Jennifer Finch, and Demetra Plakas along with first-hand accounts of L7’s fifteen year career. All of those accounts are bolstered by exclusive interviews from influential musicians such as Exene Cervenka (X), Shirley Manson (Garbage), Joan Jett, Brody Dalle (The Distillers), Allison Robertson (The Donnas), and Louise Post (Veruca Salt) to name just a few. Like L7’s history, Pretend We’re Dead is full of energy and feminist heart that is sure to draw in anyone with an interest in Rock music. This project was funded by a successful Kickstarter, and Director Sarah Price combed through hundreds of hours of footage and compiled it all into a chronicle that is sure to make fans proud.

Just the first few moments of the film are enough to draw in even the most uninterested of viewers. With just a grainy home video of L7 members in their van playing a raunchy prank on passersby, viewers are taken into the wild world of L7. At first, one might think they are watching some raw art-house film. From then on out, the bombastic story of this Los Angeles band is completely engrossing.

Somehow, Price managed to piece together countless hours of home video footage and photos from decades ago and create a moving piece that chronicles the highs and lows of a band who were far ahead of their time. It begins with first-hand accounts from band members as they discuss the band’s origins, and it follows chronologically to the band’s dissolution in 2001. All aspects of the band’s history are covered, both the good and the bad, though there is often more focus put on the good. Every dot on L7’s timeline is given equal due; nothing feels brushed over or overdone. There is also plenty of mention of bands that came up alongside L7 such as Nirvana and Green Day. It is impressive that Price struck such a satisfying balance with the extensive history she had to work with.

Interestingly, interviews with L7 members are only heard, not seen. Viewers hear their voices as over the compilation media, almost as if to keep the viewer anchored in the past. They are the narrators of their own story, each telling their own side. The only contemporary interviews seen on screen are from those musicians inspired by L7. It is widely known that the band were a major influence on the riot grrrl bands that came after them, but the pioneers in L7 come across as just a crazy, funny, whip-smart group of girls who paved the way for generations of feminist Punks who followed in their footsteps.

After nearly sixteen years apart, the band reformed in 2016 and played a string of sold out shows. They have just recently released their first new song in over 18 years, so here is hoping they continue to keep the band alive so new generations of fans can continue to enjoy L7’s unmistakable legacy. Even those who have no prior knowledge of the band will find Pretend We’re Dead a good place to start as it includes extensive live concert footage and videos that span L7’s full discography. For a compelling history from start to finish, CrypticRock gives L7: Pretend We’re Dead 4.5 out of 5 stars. 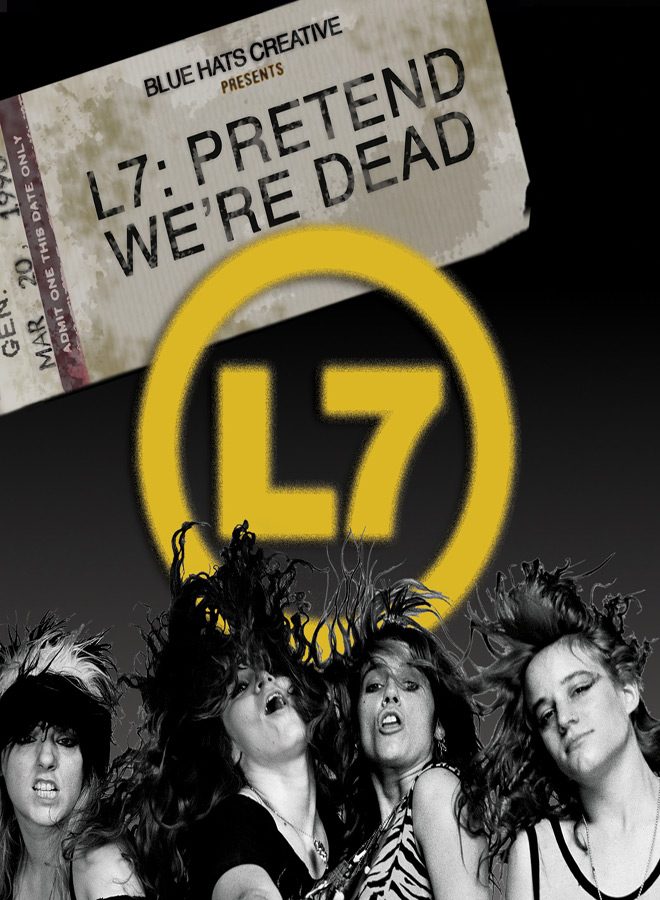