Dreamers, artists, lovers. Those who ever dared to have a dream or dreamed of being daring enough to bet it all on a handful of hope, welcome to La La Land.

Written and directed by thirty-two year-old Damien Chazelle (writer – 10 Cloverfield Lane 2016, director – Whiplash 2014) and released in late 2016, the Romantic Drama/Musical La La Land tells the story of two twenty-somethings, Sebastian and Mia, who are scraping by in the City of Stars, Los Angeles, California. Sebastian Wilder (Ryan Gosling: Crazy, Stupid, Love. 2011, The Notebook 2004), always clad in his signature wingtips, dreams of one day owning his own Jazz club, bringing back the days of Count Basie, Louis Armstrong, and Hoagy Carmichael. Mia Dolan (Emma Stone: The Amazing Spider-Man 2012, Easy A 2010) is a budding actress, paying her dues nine to five at a coffee-shop on the Warner Brothers’ studio lot, serving coffee to the stars she dreams of one day calling her contemporaries. 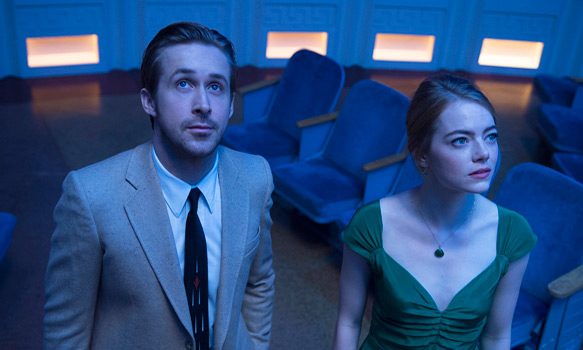 It all starts with a raised middle finger and some road rage. The pair meet several times in quick succession by pure coincidence: on a crowded freeway ramp; at a restaurant where Sebastian is in-the-process of being fired; then at a party in the Hollywood Hills where he is the keytarist (yes, keytarist) of an awful ’80s cover band. For the record, they intentionally butcher Flock of Seagulls’ “I Ran.”

After said party, Sebastian ends up escorting Mia to her Prius and, en route, the pair break into a romantic musical number, “A Lovely Night,” about how they lament one another’s company. It is that perfect lead-in to a relationship that is organic: from loathe, to like, to love, as the seasons progress.

As the pair grapple with their careers, the film and their relationship both evolve organically. How one interprets La La Land says a lot about who they are: the artists and dreamers will wish for a different conclusion; those more inclined to the real world will be satisfied.

Gosling learned to tap dance and play piano for his role and, reportedly, played all of his on-screen notes. While Stone did not have to learn any instruments, her acting and singing are stellar and easily on-par with that of her co-star. She is believable as she stumbles her way, awkwardly, through her earliest scenes, and perfectly poised when her character evolves into a highly-paid A-list actress in stilettos. Shockingly, the duo were not the original choices for the leading roles: Gosling’s portrayal of the nostalgia-obsessed Sebastian seems so perfectly natural that one must wonder what other actor could possibly pull off the role. 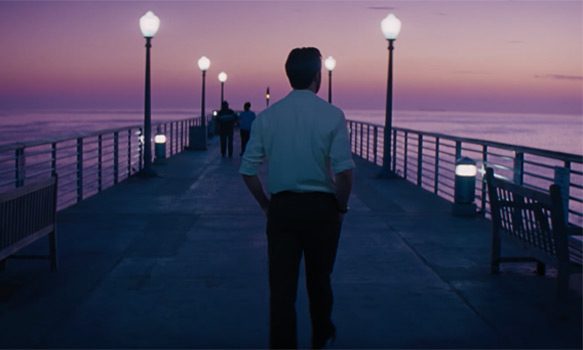 The story behind La La Land is that of many runaway hits: Chazelle wrote the screenplay for the film six years earlier but no studio would touch it. When a studio eventually did express interest and offer up a reported million dollar budget, their money came with stipulations and big changes to the screenplay. Chazelle took a big gamble and walked. After attaining a level of success with his 2014 film Whiplash, Summit Entertainment expressed interest in Chazelle and La La Land. The film debuted at the Venice Film Festival in August 2016, and hit U.S. theatres in December 2016. To date, it has grossed far in excess of $200 million worldwide.

In all honesty, the musical aspects of the film do not in any way suffer for the inclusion of John Legend as The Messengers’ bandleader, Keith, who gives Sebastian his big break. A truly gifted musician who lights up the stage and screen, Legend is no less than predictably fabulous in his role as the band’s lead vocalist.

While it is the impetus for major tension between the leads, the original track “Start A Fire” sizzles as performed by Legend and Co. In fact, Justin Hurwitz’s entire musical score (with lyrics from Pasek and Paul) is beautifully crafted and orchestrated to perfection. From the hauntingly lovely main track “City of Stars” and the equally beautiful “Planetarium” – during which the two lovers dance across the stars in the historic Griffith Observatory – to the moving ode to dreamers “Audition (The Fools Who Dream),” La La Land’s musical score assists in the storytelling as any good score should.

The critical acclaim for La La Land is endless: it received fourteen nominations at the 89th Academy Awards, tying records for most nominations by a single film with James Cameron’s 1997 Titanic and Joseph L. Mankiewicz’s 1950 All About Eve. The film won in every category it was nominated for at the 74th Golden Globe Awards with a record-breaking seven wins; the American Film Institute selected it as one of its ten Movies of the Year for 2016; and it won eight awards at the 22nd Critics’ Choice Awards.

Additionally, it received eleven nominations at the 70th British Academy Film Awards, more than any other film of 2016, and two nominations at the 23rd Screen Actors Guild Awards, with Stone winning for Outstanding Performance by a Female Actor in a Leading Role. There is currently a high interest in a Broadway adaptation of the film, with the possibility of Gosling in the starring role. 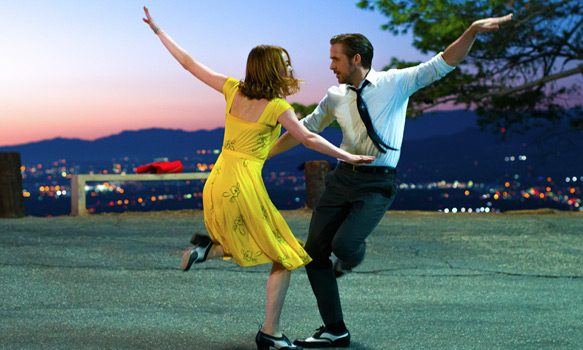 A visually stunning piece of cinematography that weaves the tale of two artistic lovers navigating the highs and lows of life in Hollyweird, La La Land is a unique, but altogether familiar, story that tugs directly at the heart-strings of any dreamer. For its homage to a far classier bygone era, inclusion of famous Hollywood landmarks, and ability to make musicals en vogue once more, CrypticRock gives La La Land a 5 out of 5 stars. 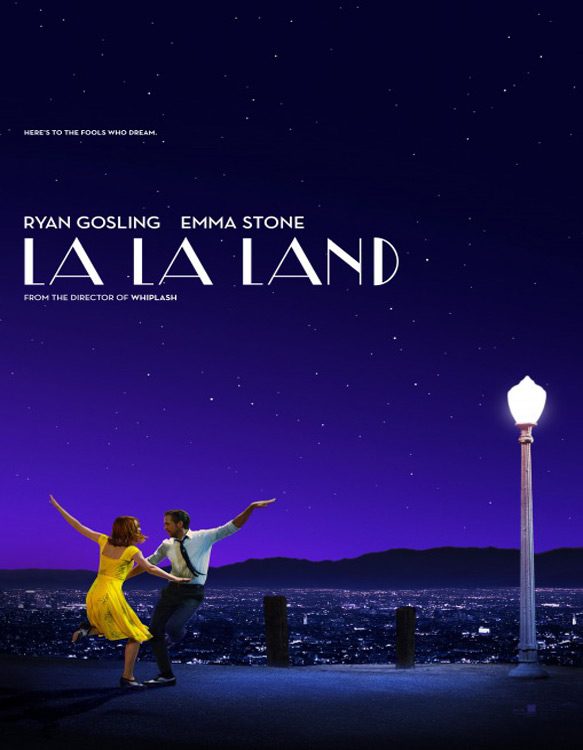