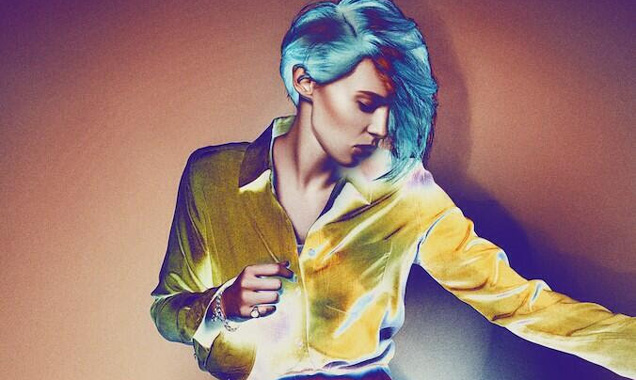 British Electro songstress La Roux released her sophomore album, Trouble in Paradise, on July 18th, 2014, and it became an immediate summer classic.  Trouble in Paradise, with the album cover alone, sets the tone for the musical aesthetic of the album, which was in the true La Roux style; ’80s Electronic Pop, with the strong chromatic colors to go along with it. Developed during the early stages back in 2012, La Roux decided to go for a more toned down Synthpop version of her 2009 self-titled debut. Otherwise known as Elly Jackson, La Roux has been hiding around the club scene playing smaller shows, and some even bigger ones such as Electric Daisy Carnival back in 2013, among other larger festivals. Fans of the genre cannot seem to deny that her first ever hit, “Bulletproof,” was a breakup song for them at one point in their lives.  Now La Roux returns with something all listeners can really can enjoy.

“Uptight Downtown,” is the second single off the album and the opener to Trouble in Paradise that gives off a very upbeat, ’80s style vibe with the synthesizer horns to go along with it. Along with the lyrics of the song, La Roux gets the audiences temperatures rising, igniting more anticipation for the rest of the album. The third song and the final single, “Kiss And Tell,” follows the ’80s theme and adds an idea that was very prominent of the time; coming out of one’s shell and exploring who they are. The music video also adds to its affect with the setting of one of the late night phone chat commercials, with Elly Jackson herself as one of the call girls. The vintage box silver televisions and colored dial phones in the video are mirrored to the iconic styles of this decade. It is an odd tactic to have two hits in a row to start off the album, but very impressive as well.

“Cruel Sexuality,” is a soft turn, has a subtle beat, and it takes a dark lyrical turn about deception and unforgiving passion. Meanwhile “Paradise is You” is her version of an ’80s Pop ballad, which is stripped down and drags off, but its simplicity is also a quiet reserve and nice break from the continuing hard-hitting aesthetic of the record. “Sexotheque,” has a more upbeat style and brings the audience back into more of the club and rave scene that still continues to be popular today.

Miami, Florida in its eighty’s heyday, and home to the Don Johnson classic, was a Technicolor daydream with a tropical feel, with its palm trees and magnificent beaches. Recreating this imagery “Tropical Chancer” has a moderate beat and a standout use of synthesizers, by adding a rich sound to the song. It gives off the sound of steel drums in the background and her voice is so sultry it exudes a feeling of an island vibe. Other similar songs follow suit, including, “Silent Partner” and album closer “The Feeling.” Mixing in between the two aforementioned songs is the very first off the album titled “Let Me Down Gently,” It is a soft tune with steamy and love defiant lyrics to accompany it. As the song progresses, it slowly increases in tempo as well as volume and she even adds saxophones to it in the end, giving the proper send off, as if imaging Sonny Crockett and Ricardo Tubbs of Miami Vice drive off into the sunsets of the streets of Miami in their Ferrari.

By simply adding an ’80s Synth Pop vibe to this album, La Roux made it different and it is not too far from her aesthetic. Trouble in Paradise’s album cover shows her sitting on the hood of a classic car on a vibrant beach, overlooked by a modern condo. Dressing the part of a Don Johnson look alike, she gives off the look of a detective with a little bit of modern flare. This allows her audience to reflect on how great the time and style was, as well as how classic it is all these years. La Roux will always be edgy and give the music scene something it may not expect. CrypticRock gives Trouble In Paradise 3.5 out of 5 stars. 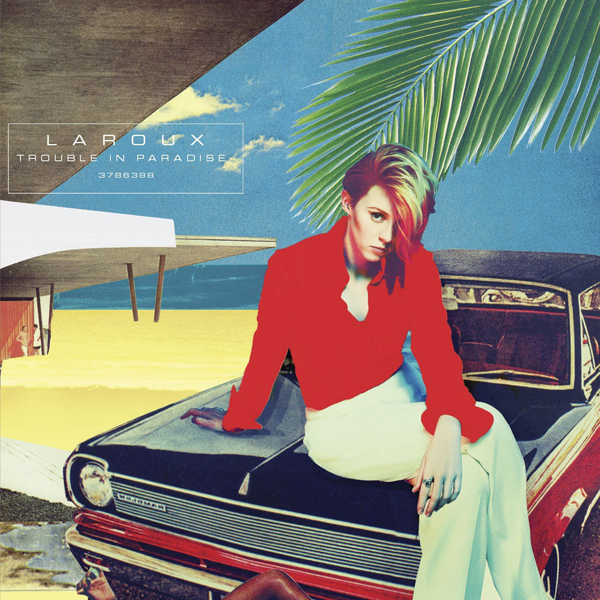