Lacrimas Profundere – How to Shroud Yourself With Night (Album Review)

September 11, 2022 Lacrimas Profundere – How to Shroud Yourself With Night (Album Review)

Of all the Heavy Metal genres, Gothic Metal holds a special place in the hearts of those whose blood runs black from a darkness within. One of the best at their craft are German masters Lacrimas Profundere, a band who has been at it for nearly thirty years. Starting out as a band crafted by two brothers – Guitarist Oliver Nikolas Schmid and original Vocalist Christopher Schmid – Lacrimas Profundere has taken on various shapes through the years. Most recently welcomed in new Vocalist Julian Larre prior to 2019’s Bleeding the Stars, their current lineup includes Nikolas Schmid as the captain, Larre on vocals, Ilker Ersin on bass, and Dominik Scholz drums. Not skipping a beat with any lineup changes that have taken place, they recently released the new album How to Shroud Yourself With Night on August 26, 2022 through Steamhammer / SPV.

Their thirteenth overall studio album, yet again, they have brought  another good concept of how to exist while hiding in the deepest, darkest shadows. Ten tracks of gloom, doom, gothic melody, along with some hardcore elements as well, overall, How to Shroud Yourself With Night sounds without a doubt like a Lacrimas Profundere album. However, there are a few additions to the style which have evolved, most likely stemming from the new life brought on by Larre’s voice. The biggest example of this new stylistic change comes into play within “The Curtain Of White Silence” which has a much more hardcore vocal vibe. Setting the tone a bit astray from what Lacrimas Profundere vocals seemed to have been for so many years, it has a good touch of darkness, but definitely stands out in a big way on the album. It is also over five minutes long and stands out as the longest song on the album.

The question some might ask after hearing “The Curtain of White Silence” is – will this be a more dominant direction the band will take in the future or will they dive back into their roots? Well, only time will tell what this leads to with Lacrimas Profundere’s future work, but where their doomiest and gloomiest songs are on this new album is where the dark, but warm comfort lies. Starting off the album “Wall of Gloom” is a perfect example of this type of experience. Then there is the more melancholy, melodic “A Cloak Woven of Stars” taking a tone mostly akin to older Lacrimas Profundere. Which leads us to “Nebula,” definitive favorite which incorporates a heavier Gothic Metal which clean screams which works quite well.

Midway through the album “In a Lengthening Shadow” you will find yourself in a comfort zone wrapped in shadows of Lacrimas Profundere’s musical overtones. After this, and very suddenly, the vibe takes a very different direction. As previously alluded to, the sounds of this album fluctuate, but mostly take on a very different hardcore vocal styling that could either be exciting or disturbing; this depends on your point of view.

Rounding out the journey, “To Disappear in You” is back to the harsher vocals singing amidst Goth Metal tones with a bit of a hardcore vibe. However, yet again, it is one that fits within the other content. A very energetic and exciting song, it would be a good live set. Then the melodic keyboards take control, along with the fun loving gothic guitar riffs, and a classic sound returns with “An Invisible Beginning.” In enough words, it feels like home in every sense of the word, where a person’s soul is unreachable, but content. Then everything concludes with “Shroud of Night” which is yet another mix of style that unify a harsh versus with clean hardcore vibe, but with music that is more Goth Metal leaning.

How to Shroud Yourself With Night is a bold style change up for Lacrimas Profundere. It probably will appeal to new fans more so than old, but it is commendable to see them trying a new style with a good concept and solid base. So, if you are looking to find an escape from the mundane and the chaotic inherent in this day and age, this album will be for you. For the love of Goth Metal, and other sub-genres, Cryptic Rock gives How to Shroud Yourself With Night 4 out of 5 in rating. 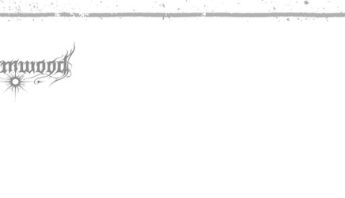 Wormwood – Arkivet (Album Review) Belphegor – The Devils (Album Review)
Like the in-depth, diverse coverage of Cryptic Rock? Help us in support to keep the magazine going strong for years to come with a small donation.