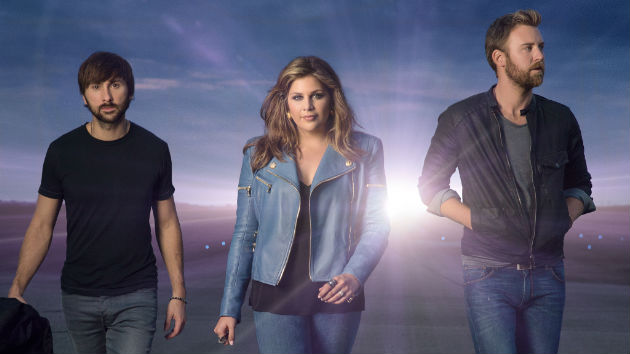 After an unusual handling of their previous album and concern about album / ticket sales, any lingering sentiment of Lady Antebellum losing their touch should be eradicated with the release of their stellar new album 747. With this new collection of music, the band manages to both recapture the magic that gained them legions of loyal fans, and adopt a new sound enabling them to maintain the level of success they are accustomed to. This ability to preserve a familiar sound, while having the flexibility to also modify your style when change is needed, is what has allowed Lady Antebellum to grow as a band, and regain their momentum with this new album.

Lady Antebellum opted to part ways with their long time producer, Paul Worley, in favor of working with Nathan Chapman on 747, hoping to take a new and fresh direction with the sound of their music. The band wrote or co-wrote six of the eleven tracks on the album, while also working with some of the most well-known writers in the industry such as Rodney Clawson, Luke Laird and Shane McAnally to put together a diverse collection of songs. In a recent article from their website Lady Antebellum expressed their wishes to use this new album to push themselves as artists, and leave the comfort zone they had been stagnating in. The new album certainly brings a renewed sense of urgency and energy we have not seen from the group in quite a while, and with this mindset, they have managed to put together their best effort since their platinum selling debut.

“Bartender,” the first single off of 747 helped Lady Antebellum regain their footing (and sales) at the top of the country world, kicking off the era with a #1, platinum selling single. “Bartender” represents the groups ability to adjust their sound in order to cater to the style of music that is popular in sales and radio play at this moment in time, while still staying true to themselves as artists. This track is a “fun,” faster paced breakup song, instead of some of the slower ballads and mid-tempo tracks we are used to hearing from the group. It has sing-a-long quality during the chorus, combined with it’s pop influenced production has helped it become a tremendous hit. This track also aids the group in widening their appeal to include the coveted twenty one to thirty five year old demographic (age range) that tends to listen casually to many different genres of music.

“Freestyle,” which has recently been confirmed as the second single from 747, has much of the same appeal as “Bartender” does. It is one of the weaker tracks lyrically and content wise, but is one of the most radio friendly songs on the album, making it a wise single choice. “Freestyle” is extremely catchy and showcases some incredible group vocals throughout the entire song instead of just during the chorus. This is unusual from Lady Antebellum, though it definitely works for them in this case. It’s fast pace, fun nature and infectiousness should make this another radio hit for the group.

The title track “747” is a standout song that really embodies the spirit of this album. The track has an energy and intensity that truly is a driving force. If chosen, this is a song that would make a great single because of it’s uniqueness. There would be nothing else sounding similar to it on country radio.

“Lie With Me” is easily one of the best tracks on the album. On this mid-tempo song, the lead vocals switch between Hillary Scott and Charles Kelly on each verse, before combining for a chorus that manages to be both undeniably catchy and heartfelt, while featuring the group’s signature harmonies together. This song which depicts a couples denial of the ending of their relationship, also features a clever double meaning in the title and chorus. One of few slower songs on an album that seems to be focused on a more energetic style, this track really stands out. It is a song that combines all of the things fans have come to love about the band-lyrics, harmonies, depth, great vocals and quality- without the over production we have seen on many of their slower tracks in the past.

“Down South” is undeniably the most country sounding song in this collection. Its twangy nature and attitude is reminiscent of some of the songs from their first album, specifically “Home Is Where The Heart Is.”  This descriptive song depicts a narrator who has left the south where they grew up, returning there some time later, as it is where they have always been the most happy. The more country sound is one many fans hope to hear more of from the group who has always been very pop influenced. They definitely hit the nail on the head with this track, even featuring a fiddle towards the very end.

“Sounded Good At The Time” is another future single candidate. Possibly the song with the most pop influenced production on the album, it is another track that is incredibly radio friendly. The nostalgic song is about remembering a teenage relationship, all the crazy things they did as a couple, and all the fun they had together. It has a carefree style to it that is infectious, and has the makings of a hit if it were to be released.

With 747, Lady Antebellum manages to create a diverse album that maintains the spirit of the group while still pushing forward as a band to establish a more unique and energetic sound. This is a collection of music that is strong and consistent, with quality material from start to finish that seems to have had a rejuvenating effect on the group. The fast-paced style of this album will also give the band many new songs that will be great material for their live shows. With their crossover appeal, superb vocals and the overall quality of their music, Lady Antebellum has constructed an album that will please longtime fans, casual country music listeners, radio stations, and even many fans of other pop genres.  CrypticRock give this album 5 out of 5 stars. 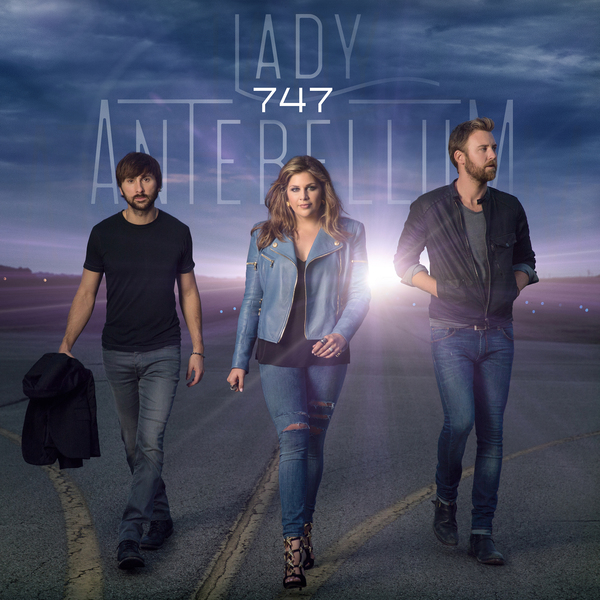