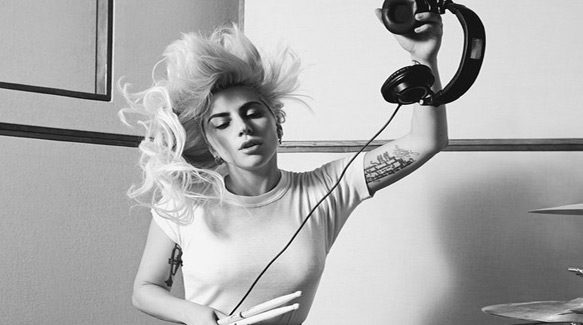 All hail the queen! Between ripping throats out as the uber-glamorous Countess and seducing Cuba Gooding Jr. as the witch of the woods on American Horror Story: Hotel and American Horror Story: Roanoke, Lady Gaga managed to not only pick up a Golden Globe for her work on the FX series but, after taking some time to get jazzy with Tony Bennett, Mama Monster produced her most mature and authentic album to date.

Gaga’s fifth studio album, Joanne – named after her late aunt whose presence on the album can be touchingly felt – moves away from the visual glitz and abstract themes of album’s past. Joanne is Gaga at her most raw, personal, and vulnerable state, and it is hard to find flaws with a collection of songs that connect so deeply to an artist’s soul.

Disco balls and avant-garde outfits are replaced by a guitar and a Stetson hat this time around as Gaga builds the persona that defines Joanne, a tough chick that can walk into a dive bar and sing her truth. Gaga is joined by Producer Mark Ronson on her latest release, who co-wrote ten of the track’s on Joanne and helped produce some retro sounds on the album.

While it is evident Joanne lacks cohesion in its overall sound, it is not something that detracts from the strength of what Gaga is offering. Lady Gaga is showing us various layers and artistic ability. She strips down her vocals considerably, scaling back on production to provide a vulnerability in her voice to accompany her heartfelt lyrics. She also embraces a twang on certain tracks with a Country vibe. The evolution of Lady Gaga is noticeable on Joanne and though the material she created seems unexpected, it is equally just so Gaga.

The album opens with mid-tempo track “Diamond Heart,” and is the beginning of an exploration of the vocal prowess of Lady Gaga. The singer’s powerful voice is front and center as she is accompanied by Queens of the Stone Age’s Josh Homme on guitar. There are no bells and whistles in the production, but the song and Gaga’s delivery do evoke a theatricality that is reminiscent of singer’s like Bette Midler (Note to Hollywood, if you ever have the audacity to remake Beaches, Lady Gaga would be a great pick for C.C. Bloom).

Next up is the very “groovy, baby” track, “A-Yo.” A stand-out on the album, “A-Yo” has a retro feel with Gaga providing soulful and powerful vocals. The Country sound that is peppered through the album is evident here with slithering guitar work and hand-claps sprinkled in to get the audience on their feet. The song, both catchy and infectious, would be Austin Powers approved.

It is hard not to emotionally connect to the title track, “Joanne.” Gaga puts her heart on the table here as she sings of her late aunt. The break in Gaga’s voice along with the simplicity of an acoustic guitar provide an exposed, honest moment from the singer. There’ is almost a cry in Gaga’s vocals as she sings, “Girl, where do you think you’re goin’?”

The song that perhaps best represents Gaga’s vision for Joanne is the track “John Wayne.” Gaga has taken on a chic cowgirl persona as she has promoted the album, continuing to incorporate fashion into her visual representation of her work. She begins the song by saying, “It’s like/ I just love a cowboy” and that gritty, edgy element of a cowboy is something Gaga infuses into the instrumentation and vocals of the tracks on the album. “John Wayne” brings that bit of swagger and a sultry groove.

If Gaga wanted to show us she can pretty much do anything, she very nearly succeeds on Joanne. “Dancin’ in Circles” gives off a sensual and seductive vibe with a Reggae-infused beat, courtesy of a collaboration between Lady Gaga and Beck. With the good, unfortunately sometimes comes the mediocre. “Perfect Illusion” is possibly the most surprising track on Joanne, mainly because it feels like a hollowed out Dance track, devoid of the magic Gaga usually produces. Sure, it eventually gets catchy and one will get it stuck in one’s head, but it does not pack the punch of previous achievements like “Bad Romance,” and on a more emotionally tuned album, “Perfect Illusion” leaves us wanting.

Gaga quickly redeems herself, though, on the simple, but beautiful, “Million Reasons.” The piano-ballad, co-written by Nashville’s Hillary Lindsey, perfectly blends Country, Rock, and Pop to create a heart-wrenching telling of a woman’s search for that one reason to stick around for the men in their lives despite being given a million reasons to walk away. It is a relatable theme that Gaga vocally delivers with intensity and purpose. Listeners are then, once again, given that Western feel in “Sinner’s Prayer.” The song enlists the help of Singer-Songwriter Father John Misty and makes you feel like putting on a rugged pair of cowboy boots with spurs.

“Come to Mama” veers heavily away from the Country sound on other tracks and takes us back to the ‘60s with its Doo-Wop sensibility. The sax-laden track is soulful and contagious. From the ‘60s to the ‘70s, Gaga gets sexy with “Hey Girl.” Along with her unlikely soul sister, Florence Welch, this slow jam is everything it should be. Gaga and Welch’s voices complement each other’s well, while they sing about lifting each other up instead of tearing each other down, a sentiment that too often gets lost among females.

Lady Gaga has always been one to lend herself to social issues, but on Joanne, she makes a statement in “Angel Down.” A powerful commentary on the lives that have unnecessarily been cut short in the violence of today’s world, Gaga pleads, “Where are our leaders?/I’d rather save an angel down.” These are powerful and impactful words for an artist that can influence a generation.

This year has proven to be a tough year for the music industry with the tragic loss of artists like Prince and David Bowie. One thing fans have learned in 2016 is to never count Lady Gaga out. There is a need for her to continually push the boundaries of how we define Pop music, to surprise us with her evolving sound and artistic expression. Mama Monster is here to stay, so get those paws up. CrypticRock gives Joanne 4 out of 5 stars. 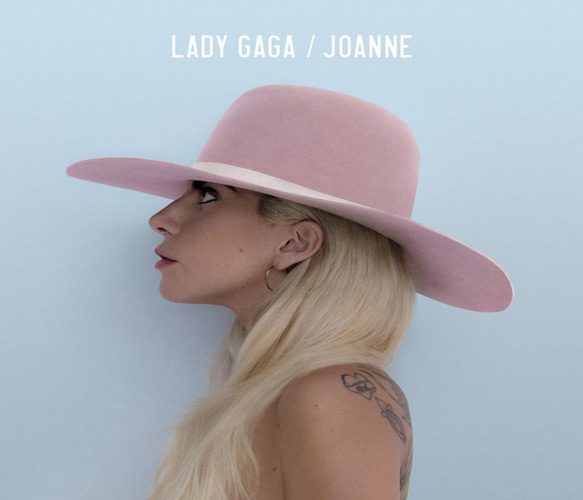