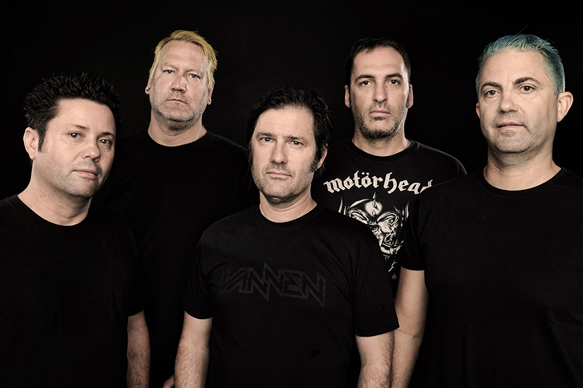 Veteran Punk Rock band Lagwagon, originally from Goleta, just outside Santa Barbara, California, formed in 1990 and have sustained several hiatuses through the years. Lead by vocalist Joey Cape and guitarist Chris Flippin, longtime drummer Dave Raun and guitarist Chris Raun join up with new millennium bassist Joe Raposo to bring fans some new material after a nine year lag.  Marking their first album since Resolve, it is time to get back on the wagon with the powerful and long-awaited eighth full-length album Hang. Released via Fat Wreck Chord Records, Hang features production by Cape himself and comes with twelve tracks released on October 28, 2014.

The album starts out with an acoustic piece titled “Burden Of Proof” lasting for almost a minute before Lagwagon bring in the Rock. “Reign” raises the adrenaline level of the listener with fast and thriving Punk Rock that comes blasting out of the speakers. Then “Made Of Broken Parts” is a little slower in comparison to the previous, yet still very catchy and fun to listen to. “Cog In The Machine” goes by so fast that the listener will barely notice it, which is a pity because the song has beautiful lyrics and great melodies. However, “Poison The Well” stays in the listeners’ focus for a little longer, probably because of its steady melody. “Obsolete Absolution” starts with the sound of a typewriter, then the bass sets in before the entire band hits with the guitars getting a shot on solos before the vocals finally join the arrangement. First spoken, later sung, this song is probably the most outstanding piece. It surely is the one most different from the rest. “Western Settlement” comes in fast and thriving, ready to drag its listener along. In fact, this song is perfect for starting circle pits when playing live. The volume and energy of this song comes in waves while the beat is steady as the guitars set in and fade out making for a piece to sing along to with very thoughtful lyrics.

Bringing back Punk Rock sounds, “Burning Out In Style” features distorted guitars, beating on the drums, with rhythm changing at chorus and bridge, that will make listeners’ hearts race. It fades right into “One More Song” that begins like a lullaby with softly sung vocals making the audience gasp for a break before another three minutes of Punk set in and let the adrenaline level rise. Unable to sit still while listening, “One More Song” gives the listener a break in-between whiles slowing down and bringing a piano-play Western style for a good ten seconds. Then Lagwagon sets in again with “Drag,” a catchy rhythm, like a motivation speech that a coach gives to the team, closing with “Drag” being shouted quite some times before the song is over. Continuing with “You Know Me,” the music gets calmer again and it is a tune to sway along to rather than jump and shout. Serious lyrics, calmer guitar riffs, and the drums stay far in the back. The chorus is a little stronger, but tight, and it is a track to move with as it digs deep, leaving a scar. “In Your Wake” is the last song on Hang summing up the album with shouting, breaks in the song, strong sung vocals, harsh guitar riffs, slower parts, and so on. Simply, there could be no better song for ending Hang.  Hang’s bonus tracks include “Don’t Laugh At Me Peter;” a Peter, Paul and Mary cover, as well as “Exit;” a No Use For A Name cover.

Lagwagon returned with a great album in Hang that varies not only in pace – from fast to slow – but also in styles; Punk Rock, to plain Rock, or even Acoustic. This album carries passion as well as profession. Lagwagon are back, better than ever, and present fans with Hang, so be sure to give it a listen today. CrypticRock gives Hang 4.5 stars out of 5. 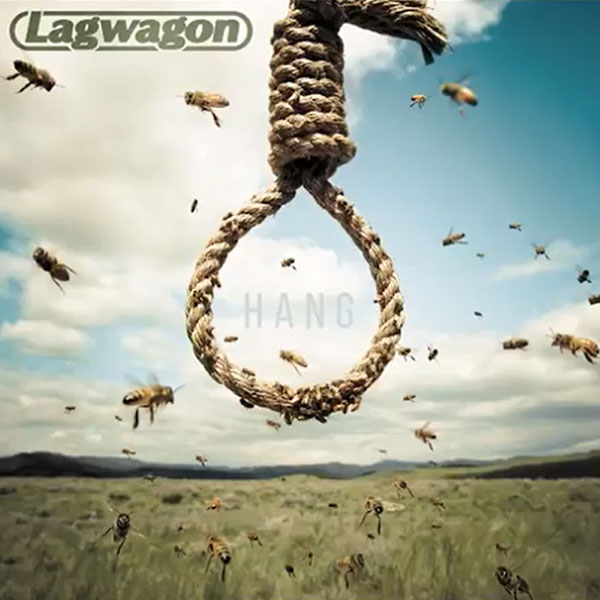