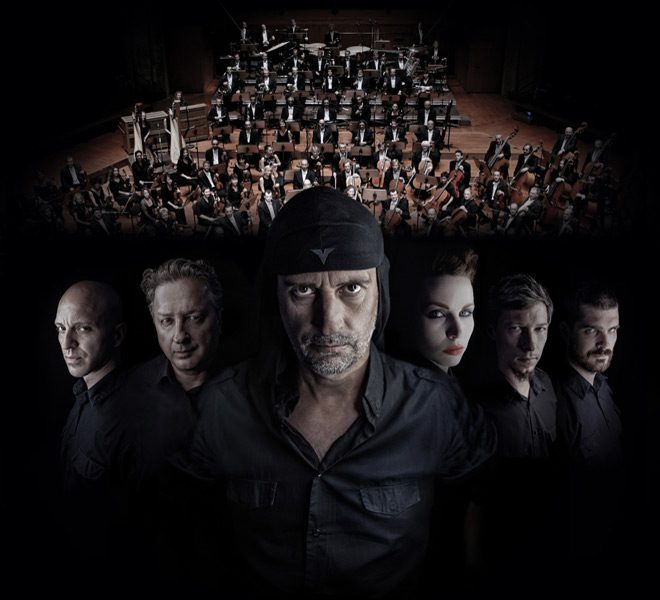 Where many put the bottom line ahead of all else, Slovenia’s Laibach are here to create art. On their newest release Also Sprach Zarathustra – arriving Friday July 14th thanks to Mute Records – the group utilize the work of German Philosopher Friedrich Nietzsche to create a sonic masterpiece that is the soundtrack to one truly existential tale.

Slovenian outfit Laibach are an avant-garde musical collective who work through the mediums of Industrial and Neo-Classical music, though they are never opposed to dabbling in visuals and theatrics, as well. Formed in the former Yugoslavia in 1980, “Laibach” is actually the German Habsburg-era name for the Slovenian capital city of Ljubljana (a term that was traditionally unwelcome in Yugoslavia and amongst the Slavic peoples). In 1984, the group’s members acted as soldiers in Stanley Kubrick’s famed 1987 film Full Metal Jacket, and the following year they released their 1985, eponymous debut album.

The rest is a lengthy, often dissident past that has brought the group to release eight studio albums, four collections of covers, eight live albums, three soundtracks, and a little magpie in a macaron. Always searching for a great collaboration, Laibach have often blended their sonics with visual artistry to create live, multi-media presentations. To give you the very best idea of their eclecticism, Laibach have covered everyone from Bach to Wagner, to Rammstein. It is this much-beloved artistry and international finesse that has led Laibach to be the first Rock band to perform in both North and South Korea.

Laibach’s ninth studio album, Also Sprach Zarathustra, is the follow-up to 2014’s Spectre. Originally created as the soundtrack for a theatrical production, what one must first understand before undertaking a listen is that this is a conceptual piece of art – revolving around the work of German Philosopher Nietzsche, specifically his written work Thus Spoke Zarathustra: A Book for All and None. The book chronicles the fictitious travels and speeches of Zarathustra, the founder of Zoroastrianism, as he turns traditional morality on its head. The concepts here are many and wide-ranging, with discussions of the “eternal recurrence of the same,” the “will to power,” and the Übermensch (“overman” or “superman”). In its most basic form, this last is the belief that man today is merely a bridge between ape and the super enlightenment that our race will one day achieve; in other words, we are transitory, occupying a key evolutionary position; we must dabble in self-mastery to continue on our pathway toward the Übermensch. Keep all of this in mind as you sit down to partake of Laibach’s epic Also Sprach Zarathustra.

The album begins with “Vor Sonnen-Untergang” (loosely translated to “Before The Downfall”), a beautifully soaring Neo Classical orchestra piece that runs just over two minutes. As with this entire soundtrack, it flows flawlessly into “Ein Untergang” (“A Downfall”), a hauntingly cinemagraphic blend of sonics and spoken word German. The words here speak of the concept of Übermensch: “Der mensch ist ein ziel, eine brücke” (“the human being is a goal, a bridge”) and “Ich will meinen untergang” (“I want my downfall”). It does not take a genius to see that there is a story occurring here that parallels that of Nietzsche’s own text.

The story moves forward through “Die Unschuld I” (“The Innocence I”), with heavily ominous, atmospheric sounds. “Ein Verkündiger” (“An Announcer”) sounds fully and intensely evil, with sonics that suggest someone, somewhere is sharpening their knives. The words are no less taunting: “Ich bin eine Verkündiger” (“I am an admirer”). Noises and blips blend together, growing toward a beautifully atmospheric and full climax on “Von Gipfel zu Gipfel” (“From Peak To Peak”); the end result is the sound of a slow victory achieved, raising its victors towards their hard-won bounty in the Heavens.

Someone is panting, running, trying to get somewhere in “Das Glück” (“Happiness”). In words, we are offered the anecdote: “Wir haben das glück erfunden” (“We have invented happiness” or “We have invented our good fortune”). It moves us toward “Das Nachtlied I & II” (“The Night Song I & II”), where, at first, it sounds as though an army of knives are coming to chop us all to smithereens, complete with ominous atmospherics and a spoken offering that sounds very similar to “dunkel ist nacht” (“darkness is night”). This all leads to a soporific sound that seems to snore, tossing and turning with problematic dreams. Illuminating electronics seem to whisper to us in this dream thanks to “Die Unschuld II” (“The Innocence II”), where we are told “unschuld ist das kind” (“innocence is the child”) as we begin to reach what appears to be an apex in our story. Perhaps in order to achieve self-mastery, we must explore the innocence of childhood with the eyes of an adult?

We enter a more gentle, sonic atmosphere with “Als Geist” (“As A Spirit”). The sound here is flowing water, beautiful keyboards, but the words feel darkly ominous. “Ich scheint als geist” (“I cry as a ghost”) is uttered, along with “Ich meinen untergang” (“Be the first”). As the track progresses, it grows more ethereal, raising toward a hopefulness that blooms ten-fold on “Vor Sonnenaufgang” (“Before The Rise”). The gorgeous orchestrations here create a massively hopeful sound that dances across the skin like a spring rain on daisy petals. A female voice begins to hum, eventually turning toward song; her voice is whispery soft, like fairy wings glancing across those wet petals. The denouement here is “Vor den drei Verwandlungen” (“Of the Three Formations”), an over seven-minute long baptism of white noise; it is a track that embraces the sound of speed and progress, erasing the worries of the everyday mind as we find our ultimate being. We have seemingly achieved the Übermensch!

Also Sprach Zarathustra is not an album, no: it is a philosophical journey, a deeply intense tale of self-mastery that screams in sonic words. While listeners may require some background in the work of Nietzsche, the story here is profound and beautifully-illustrated through the flawless orchestrations of the immensely talented Laibach. The end result is an album that is beautifully-haunting, inspiring and hopeful, a truly mind-altering journey put to record. For these reasons, CrypticRock give Laibach’s Also Sprach Zarathustra 4 of 5 stars. 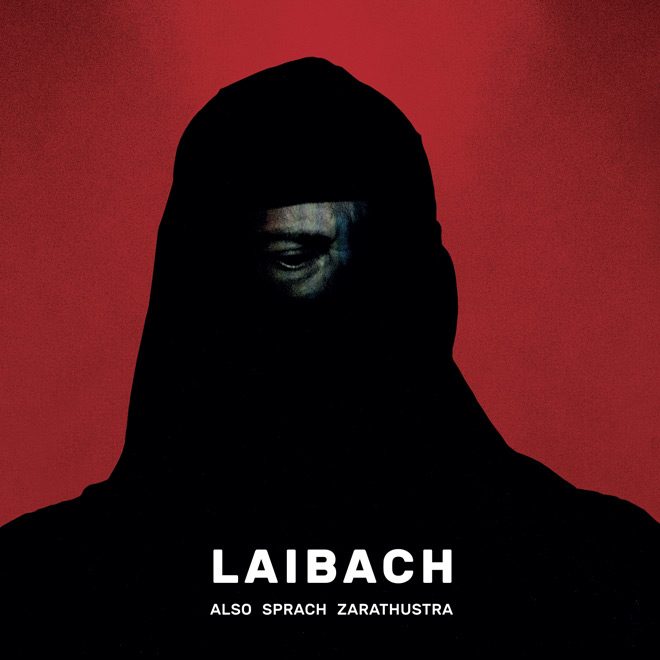