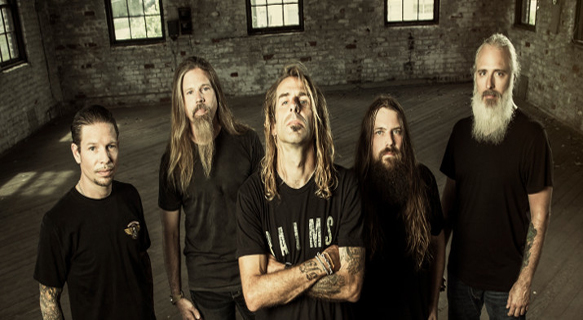 Originally known as Burn the Priest, Lamb of God have been charging forward with power and integrity for 22 years now. With eight studio albums, a handful of Grammy nominations, and live shows that punish, Lamb of God are one of modern Metal’s elite. Led by Randy Blythe on vocals, Mark Morton on lead guitars, Willie Adler on rhythm guitar, John Campbell on bass, and Chris Adler on drums, following their epic 2015 album, VII: Sturm und Drang, they return in 2016 with The Duke EP. Released in honor of Wayne Ford, a fan and a friend of the band whom lost a battle with leukemia, The Duke hit on December 2nd via Nuclear Blast Records.

A collection of 5 tracks, two new and three live, it naturally beings with the title-track. Never being one to shy away from making changes, or progression, this song is less about making their music more accessible to a wider audience, but more of a tribute to their fan turned dear friend, the aforementioned Mr. Ford. A major talking point, Blythe actually quite impressively sings cleanly. Definitely an eye opener, and exceptional, not to worry, there is still plenty of screaming and heaviness to be had; including a signature guitar solo, in honor to their fallen friend.

Moving from here, “Culling” sees the band shift into gear with fast-paced, face-melting Metal. Kicking off with a quick guitar solo, soon Blythe takes the reigns, slaying it all with unholy screaming. Complemented by Chris Adler, who has grown a tremendous amount over the last couple of years, listening to this song, it is safe to say he is among the best drummers in the modern era of Metal. He even get a quick solo midway through, one that is very reminiscent to his solo in “Ruin.” Pretty straightforward, it will leave listeners with so much excitement that the only thing they will want to do is replay it to keep that high going.

While, “The Duke” and “Culling” are the only two new tracks, as stated, it also features live cuts, including “Still Echoes,” “512,” and “Engage the Fear Machine.” Not any different than what anyone has already heard, nonetheless, it is cool to hear the crowd going absolutely insane in the background. Showing two vastly different sides of Lamb of God, but keeping each and every fan content until their next record, CrypticRock gives The Duke 4 out of 5 stars. 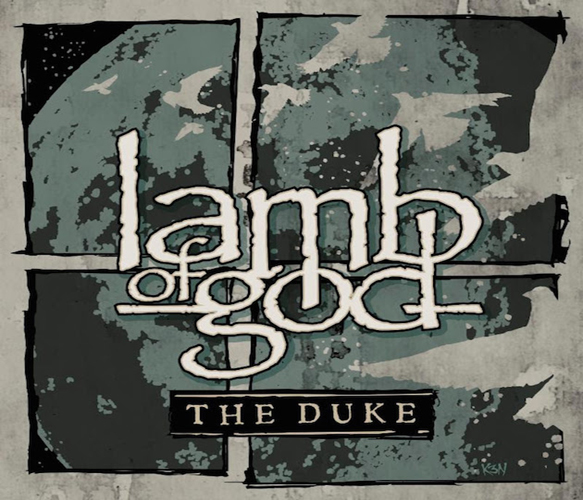