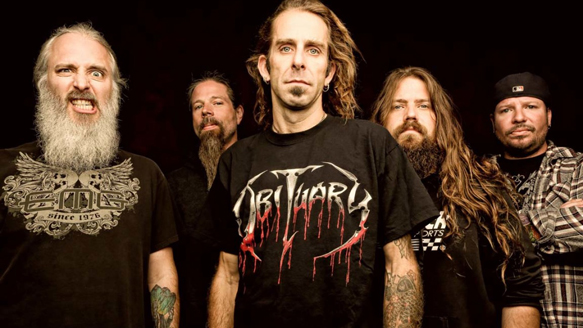 Richmond, Virginia spawned the Groove Metal band by the name of Lamb of God, a name that changed from Burn the Priest to not be taken as a Satanic band, in 1994.  By 2000, the newly renamed band, who was already under Prosthetic Records and had released an album as Burn the Priest, were set to drop their second album, New American Gospel, in early Fall with one critic comparing Lamb of God to Pantera.  A two-year tour followed before the release of 2003’s As the Palaces Burn, which was voted #1 album of 2003 by the magazines Revolver and Metal Hammer, and participating in the first Headbangers Ball tour.  Continuing to build a massive name, in the Summer of 2004 they dropped Ashes of the Wake via Epic Records, and the album started its Billboard 200 run at #27. That followed by another major success with 2006’s Sacrament before what many consider the pinnacle of the band’s career-to-date with 2009’s Wrath, their sixth album, which made #2 on Billboard 200.  Now three years after the release of Resolution, Vocalist Randy Blythe, Lead Guitarist Mark Morton, Rhythm Guitarist Willie Adler, Bassist John Campbell, and Drummer Chris Adler are back with their eighth studio album, VII: Sturm und Drang (Storm and Stress). Produced by Josh Wilbur (Megadeth, All That Remains) via Epic Records in North America and Nuclear Blast abroad, VII: Sturm und Drang is a release Metal fans have been hungry for.

VII: Sturm und Drang is a 12-track mental release from Blythe’s time in a Prague prison after his manslaughter case in which a fan died. “Still Echoes” begins the album with a searing and dark riff accompanied with hyper-drums as Blythe’s growl cuts in with the history of the Pankrác Prison, where he did his time; “A thousand heads cut clean across their necks/right down the hall from me.”  Next, “Erase This” has an ominous intro before settling into the melodic Speed Metal Lamb of God is known for with a Funk cadence to Blythe’s delivery as he talks about outside negativity affecting someone, yet, there seems a silver lining; “Erase this, replace this with something you have hope in/Sever all ties that bind, the circle will be broken.”

Moving onto “512,” this track has a melodic tune as the dual riffs carry, the drums more subdued, as Blythe growls about his time in his cell, “Six bars laid across the sky/Four empty walls to fill the time.”  Triple-time drums and a hypnotic riff like walking in circles bring in “Embers” featuring Deftones Chino Moreno as the song breaks down to a melody of reminiscing as Chino sings, “It holds me under, and this drags down you (it drags you down)/This breaks what was made one into two.”  Like stamping the ground, the drums start “Footprints” as the grinding guitars accompany in this tongue-in-cheek piece as Blythe says about tourism, “The swollen fingers of the modern age/The human condition in a gross display/Are covered in the grease of indulgence…”  Going more traditional, “Overlord” slows the tempo briefly with an Alt. bluesy riff, then, midway breaks into the slamdance, double-beat while Blythe rails on the god complex some people of power get; “You will destroy you/Distorted, tore yourself in two/Your will absorbed you/You can’t ignore you anymore.”

The campaign that was the assassination of the Butcher of Prague, Reinhard Heydrich, who terrorized Prague during WWII, is the subject of “Anthropoid.”  This track has a juggernaut beat; “A superior man, I will bleed the butcher dry/In the underground I live, I fight, I die.”  Pushing on, “Engage the Fear Machine” follows with a melodic, riff-laden, multi-layered drum line tune while Blythe growls of how we have let media dictate our lives; “Paranoia writes the checks/Strung out like a marionette…”  Hyper drums thrust “Delusion Pandemic” with a hypnotic riff accompaniment.  This song talks about how cookie cutter we have become creatively, “A generation of mockingbirds/Feeding yourself to the wolves/This is the rise of our demise.”

A slow, methodical beat brings in “Torches,” which features Dillinger Escape Plan’s Greg Puciato, in this ode to Jan Palach, who committed self-immolation in protest of the brutalization of the Czechs; “(As the steel in my nerve sets in)/You’re all on the brink of compromise/(I carry the cries)/Mass concessions in defeated eyes/(In my end a new world begins).”  The deluxe edition of VII includes two bonus tracks beginning with “Wine & Piss,” a funky melody follows Blythe’s vocals of prison time; “Resentment keeps rebuilding me inside/Feels like I’m drinking poison but expecting you to die.”  Drawing VII to a close is “Nightmare Seeker (The Little Red House),” a searing riff, drum-driven anthemic tune of what Blythe took away from Prague, “As I walk through the sodden killing fields/A million souls interred beneath my heels/The darkest sights no, they can’t be unseen/Burn the eyes, crush the heart, and scar the psyche.”

From tragedy comes brilliance as Lamb of God has woven a tale of history and the psyche of one (Blythe in this instance) in an epic album for the ages with.  VII: Sturm und Drang is an album dedicated fans and newer fans can dig into and find plenty to love. CrypticRock gives VII: Sturm und Drang 5 out of 5 stars. 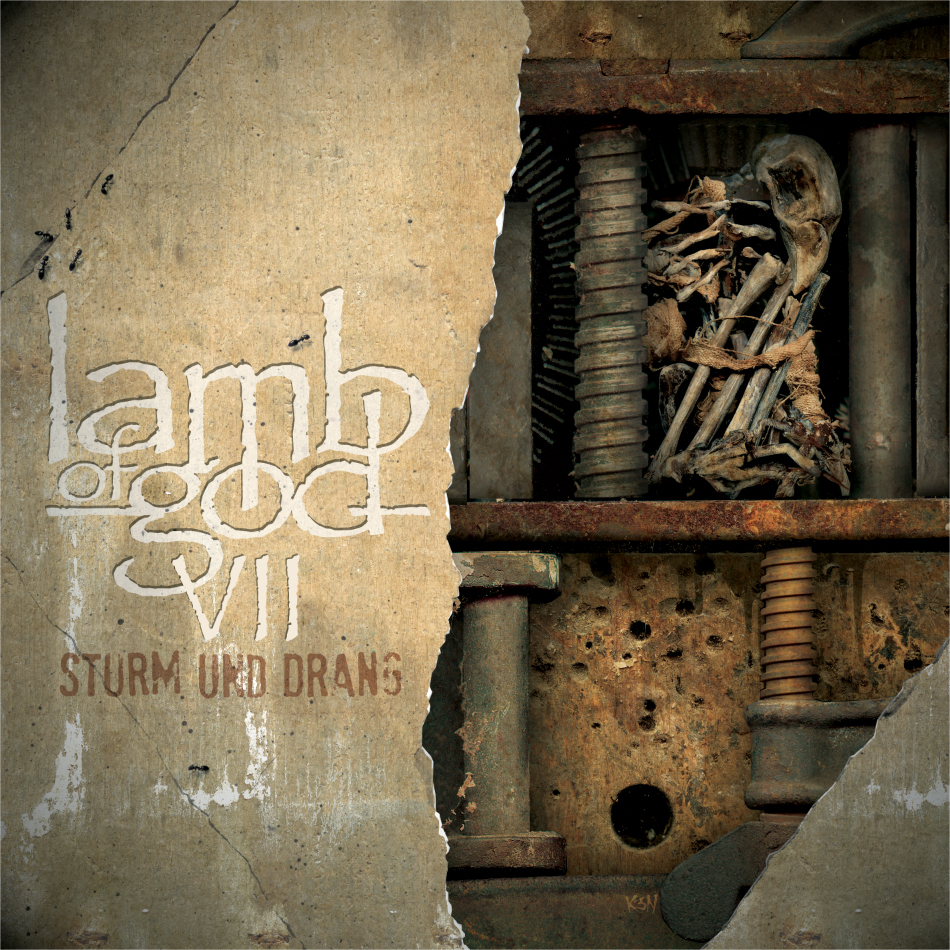