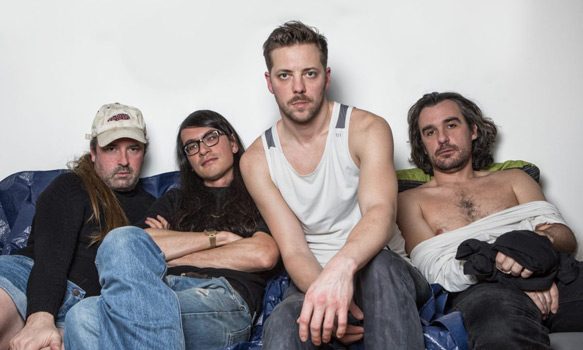 There is an old saying, there are only so many keys on a piano, and chances are someone else has already done it. The honest truth, nothing in music or art is new, in fact, everything is built on a foundation created by those who came before. That said, New York’s L’Amour Bleu could easily be viewed as a riff-driven romp in the land of Rock somewhere between the Ramones and The Black Keys.

Ten tracks in total, Please was recorded between their Midtown Manhattan and Sunnyside, Queens studios, there is an incredible clash and crash of collaboration in between it all. The distance between the cultures of midtown and Queens is felt from the start with “New Dominance,” which has the club hunt feel begging for more. Taking listeners on an early Punk trip, “Slave” effectively combines simple lyrics with vocal posturing. Carrying the message home, Tong’s drumming on “Take It” are impeccable as they unite with Schaeffer’s restrained vocals, giving the rave a heart. Moving on, tongue-in-cheek, “The Bottom” is that slow grind set to Rock while moaning angst teases a deeper level of instrumentation. Which raises the question that perhaps Please’s Valentine’s Day release is a double edged sword of meaning, celebrating pain and pleasure.

Keeping with the primal urges of the rest of the music, “Loaded” is darkly driven by the lyrics that bring together the glam shivers of guilty pleasures. Then, halfway through the cut “Buddy,” a devilish desire is reinforced. Here, they sprinkle in some cowbell punctuating the contrast in the song lyrics. This type of simplicity is what makes the album work as a whole, with no diversion of attention necessary. That in mind, getting to know L’Amour Bleu is part of the adventure.

Helping give listeners a closer look, reflecting on his relationship with bandmates Schaefer, art director and exhibitionist performer, Shane Ruth (Baby), and Guitarist/Bassist E.A. Ireland, Tong stated in a January 2017 interview with We Close Tonight, “The first time I became properly acquainted with you was when I was stuck in New York because my lung had collapsed on tour and I couldn’t fly anywhere. We went to some weird wrap party for a tv show or something and that douche Mark Ronson was DJing and I remember staring up at you wondering why the tall man in the long coat wasn’t saying anything. As for the rest of the band, Shane used to be Ryan’s boss and I got to know him when I forced them both to redecorate my dining room. That this ended with plaster busts of mine and Ryan’s faces hammered into the wall was significant, I think.”

An interesting confession, “Human Mattress” stands out with Wilco flavor, as the band creates keys-driven guitar Rock at its finest. Then, “Sisters” heads back to the beginning of the album, posturing a sex-driven libido of Punk flashback before “Cut It Off” closes with impressive guitar work punctuated by more cowbell and slippery vocals.

When questioned if L’ Amour Bleu is a side project, the contributors involved were non-committal, but judging by the output, hopefully it is not. An album with elements of love, lust, and more, Cupid’s crooked arrow will certainly strike listener’s looking for something different with Please. For this reason, CrypticRock gives the album 5 out of 5 stars. 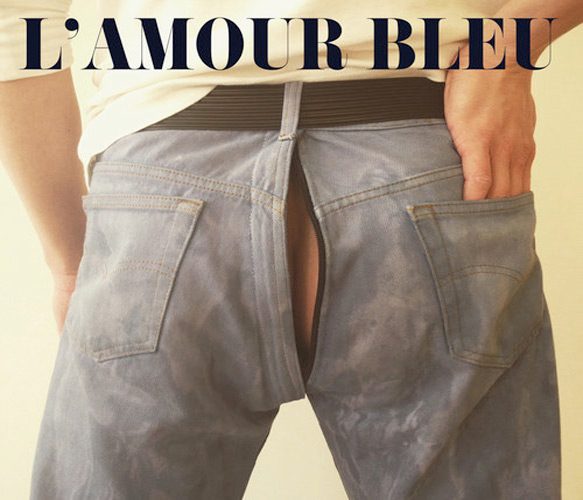