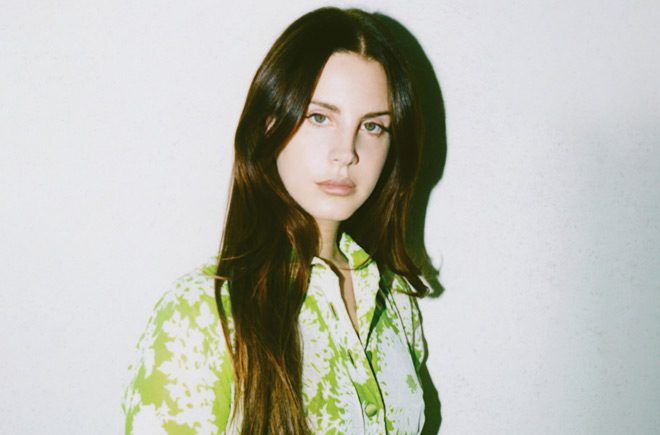 Iggy Pop has passed the torch – his Lust for Life, if you will – down to the smoky songstress Lana Del Rey, who returned on Friday, July 21, 2017, with her latest offering via Interscope Records.

New York native Singer-Songwriter Lana Del Rey (nee Elizabeth Woolridge Grant) is well on her way to being a household name. A melodious songstress who got her start in 2005, Del Rey celebrates cinematic melancholia alongside her scrumptiously vintage inspirations. Reportedly describing her end-goal as being a “Ghetto Nancy Sinatra,” Del Rey crafts languid, Hollywood glamor Pop that oft features today’s Rap sensations and embraces all things chemically luscious. Her major-label debut, Born to Die, was the fifth best-selling album of 2012, and with it came endless accolades, a solid career track, and peer acceptance.

With the release of her fourth studio offering, Lust for Life, Del Rey continues to embrace delicious minimalism cloaked in vivid vocal prowess, meandering through a plethora of topics from love to politics, women’s rights to men in Mustangs. The sixteen-track collection is impressive in its heft, as well as its thirteen credited producers.

Lust for Life begins without shock or awe: instead with the fairly classic-feeling track “Love.” If listeners embrace the siren’s call of Del Rey’s voice and not her puff-puff-pass mentality, then this is the track for you. The message here is simple: “It’s enough to be young and in love.” Second track and album namesake, “Lust For Life,” should not be confused with the Iggy Pop track of the same name, no: Del Rey’s offering embraces all things naked and Hollywood while featuring the stellar talents of The Weeknd.

What follows is often a blend of languid odes (“13 Beaches,” “Change”) and delicious celebrations (“Cherry,” “Coachella – Woodstock In My Mind,” “Get Free”). The empowered battle cry of a woman scorned – and a stand-out of the entire collection – “In My Feelings” proclaims Del Rey as one dope-ass bitch who fell for another loser, though she is not gonna let that drag her down. With her cigarette lit and her revenge guaranteed, Del Rey weaves a delicious tale.

“White Mustang” (“summer’s meant for loving and leaving”) is a languid, sensual ode to falling for a another musician, a wild mustang, who is, of course, no good and drives a White Mustang to prove it. With clear potential for a future club remix, the multi-layered vocals and electronics of “Summer Bummer” – which features Rappers Playboi Carti and A$AP Rocky – continues the sensual trilogy – with mentions of naughty daisy chains, finger-bangin’ and cuffs – letting us all know that Lana and her lover were never interested in the vanilla life. Placing herself into the crowd as a witness to her Rock god’s prowess, “Groupie Love” – again featuring A$AP Rocky – has Del Rey fawning over her rocker with electronic-orchestral elements and a massive atmospheric approach that sounds like a wet dream on Cloud 9. It is your guess who Del Rey is pining for, but the end result is a delicious ear-gasm.

Past the halfway mark, Del Rey turns more toward current events for topical inspiration. In fact, there is a pride to being a strong, independent woman with a voice that permeates every nook of “God Bless America – And All the Beautiful Women In It.” This New Yorker proves that women’s rights are something no gal should ever shy away from discussing, and invites her fellow ladies to be as bold as brass. Del Rey further dips into the quasi-political with “When The World Was At War We Kept Dancing,” where she asks, “Is it the end of America?” A clear and somewhat horrified reaction to the 2016 election results. The title, then, is her advice: “If we hold on to hope, we’ll have a happy ending.”

Then come the high caliber guest appearances. “Beautiful People Beautiful Problems” features the immortal Stevie Nicks and, while the pairing is exciting, the song is ultimately blasé. A magical, mystical tale of unrequited love, “Tomorrow Never Came” features Sean Lennon (who also has production credits on the album) on a track that lyrically references Elton John, F. Scott Fitzgerald, and a conversation with Courtney Love, as well as Lennon’s parents. The end result has a heavy Beatles’ influence. It moves Del Rey along toward “Heroin,” lacking in a guest vocalist but heavy in its (lyrical) nods to Mötley Crüe. Set in Topanga, California – the location of the infamous Manson Family Murders and a hot spot for heroin culture over the years – the song is a devious dance between allusions to the actual drug and use of metaphor to suggest that fame, itself, is often a drug.

Lana Del Rey is a throwback singer with a penchant for stoner culture, but you can hold neither of these things against this woman. With her lusty, smoky vocals and contemporary flare for all things yesteryear – as well as that wonderfully fun juxtaposition of explicit language alongside saccharine sweetness – Del Rey is one of few performers today that truly holds down a genre all her own. On Lust for Life, she breaks no particularly thrilling new boundaries, instead sticking to what has made her such a star: her minimalist approach and stunning vocal deliveries. Albeit it a bit lengthy, the album succeeds on many levels and is truly something delicious to digest. For these reasons, CrypticRock gives Lana Del Rey’s Lust for Life 4 of 5 stars. 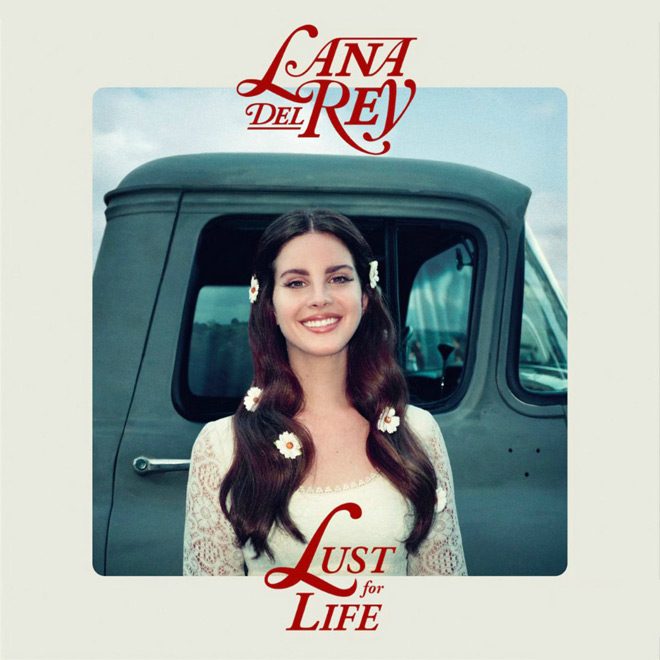