Sometimes, when watching a movie, you just want to have fun. You want a break from the more serious, and for that there are films like the Polonia Brothers Entertainment affair Land Shark. Written and directed by Mark Polonia (Splatter Farm 1987, Channel 13 2015), Land Shark made it to VOD/DVD on June 27, 2017 via Camp Motion Pictures. Following Lucinda (Sarah French: Monsterland 2016, The Night Watchmen 2017) and Dr. Foster (Peter Baldo: Technique 2008, Hard Breakers 2010), together they struggle against a genetically engineered shark that may have more in common with them than they know… 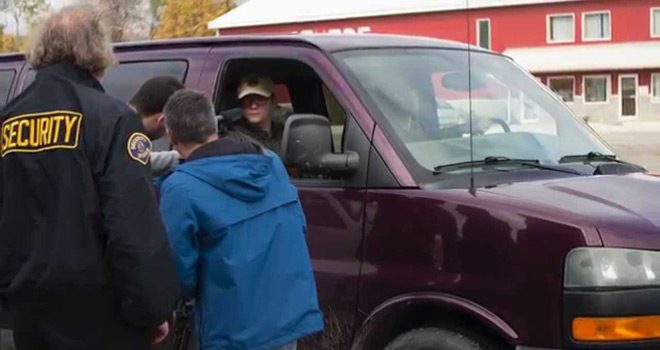 Just the cheesy flick its name would suggest, at some point, an audience just has to accept a film for what it is and not try to push the standards of other forms of cinema on it. Land Shark is low-budget, B-movie camp, and it is about as campy as a film can possibly get. Whether or not an audience gets any enjoyment out of it is thus dependent on how willing they are to accept that primal enjoyment is all that is on display here.

If they are willing to curb your expectations for anything of much value (whether you find said value in cinematography, character depth, or any of a hundred things) and just enjoy a simple story told simply, they might find themselves surprised at how much they do not regret investing their time in such an experience. Simply put, there is a real market for B-movies, both financial and personal, and it is reductionist to argue they should disappear as a form altogether.

This does not however inoculate a film like Land Shark from criticism altogether, and while it should not be judged in comparison to more lofty pieces of cinema, it should still be judged in comparison to the company it keeps. That is, it should be criticised in relation to how it stands up next to other B-movies… and somehow, Land Shark often manages to be worthy of criticism with even these generous training wheels applied. 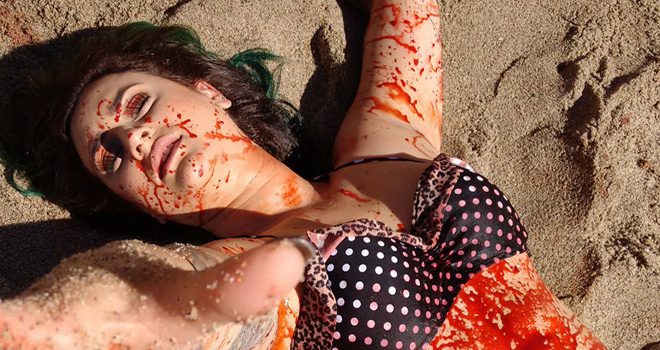 B-movies have a set of cinematic calling cards; lack of color correction, overwrought performances, silly plots, a shooting style that is purely functional, etc. Many movies steer into these conventions now in an attempt to professionally replicate the B-movie aesthetic. Land Shark seems to live up to every convention without an ounce of self awareness; for example, the shooting style is not just ‘functional’ but so simplistic that it actually impedes the film.

While many B-movies use a lot of close-ups to mask their low production quality (focusing the audience’s attention on one thing at a time so they do not have to put time and money into believably choreographing things), Land Shark seems to be shot as nearly entirely close ups. To say it is distracting would be something of an understatement, and this seems to be representative of all the B-movie standards. They are not just intermittently present, they are always on display in a manner that is not self-reflexive.

It does have to be said that the opening of the film seems to promise a more interesting path; there is almost no dialogue in the first eight minutes, and while the cinematography is hardly inspired, it is at least front and center at first. Films like Land Shark often stuff their scripts with dialogue to, again, distract from the low production quality and simplify the shooting process – it is a technique that goes hand in hand with a preponderance of close-up shots. This first 8 minutes is actually much more interesting than the audience might have first guessed it would be specifically because it eschews this. 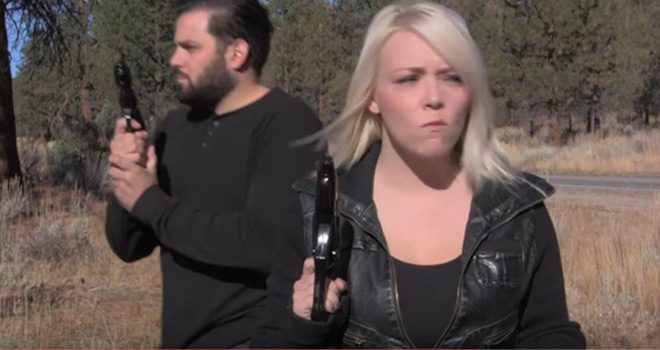 However, once the dialogue kicks in, the performances are in line with what you would expect – over the top, every word emphasized as though it is their last. It is hard to fault the actors here though, as it is clearly in line with the style of the film. In fact, a nuanced and subtle performance would be so tonally inconsistent that it would be just as distracting.

For these reasons, Land Shark is a very strange film to rate. There is no doubt it knows its identity as a B-movie, and thus it is hard to knock it for low production quality. If the audience is into a light, silly B-movie, then this could hit just the right spot. Even with that in mind, it is hard to ignore that its production falls short of even the standards set by very similar films. For these reasons, CrypticRock gives Land Shark 2 stars out of 5. 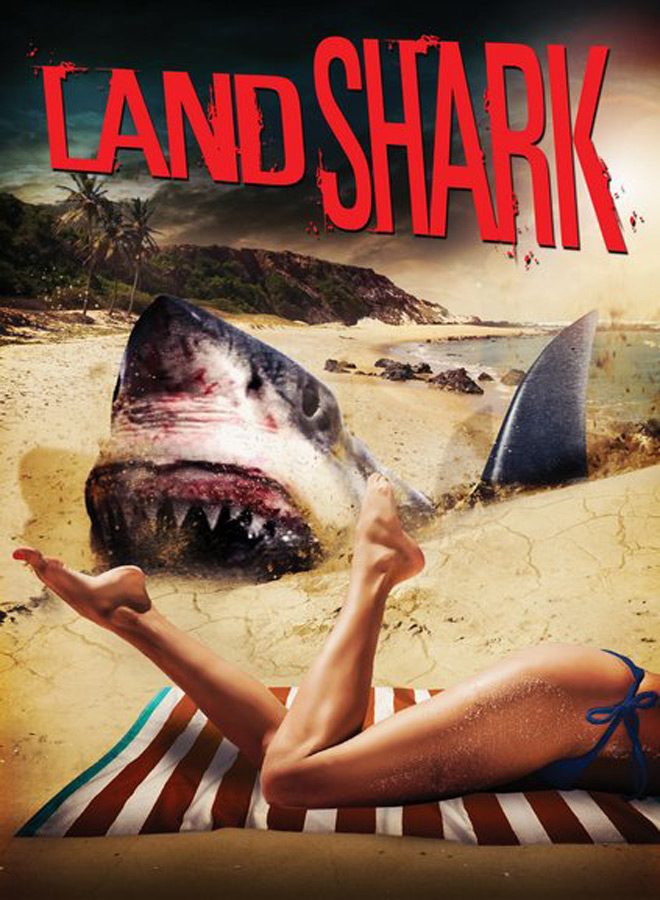