Lansdowne – No Home But The Road (Album Review) 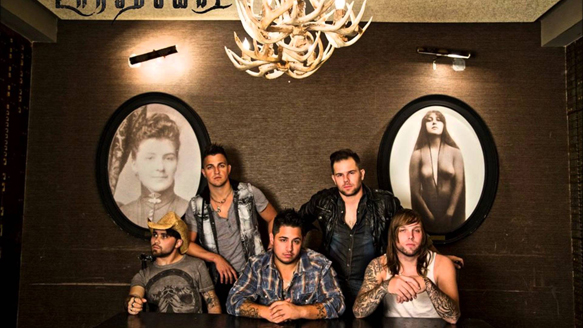 Lansdowne are a rock band formed in Boston, MA. This band is made up of Jon Ricci (vocal), Glenn Mungo (drums), Josh Waterman (guitar), Mike LaRoche (bass), and Joey Ariemma (guitar). After the release of their debut album Blue Collar Revolver in 2011, the band continued to do extensive touring over the past few years, building a strong following in the northeastern region of North America and beyond.  Spending so much time away from home can be wearing, but as a rock n roll band, sometimes it’s the only way.  Now the guys release their new EP aptly entitled No Home But The Road. The EP was produced by Mike Watts and features some impressive guest credits, including Pop Evil vocalist Leigh Kakaty and Disturbed axeman Dan Donegan.

The five track offering gives a solid mix of harder and softer pieces. With song writing contributions from Kakaty on tracks “Burn Brighter”, “Frankenstein”, and “Mississippi”, there is a different spice of rock brought throughout. “Burn Brighter” shows off a catchy and upbeat vocal delivery by Ricci, while Mungo’s drum roll immediately grabs you, lifting off into heavy guitars by Waterman. The next track “New Day” takes things down a notch from the heavy opening into a more country rock inspired sound. Ricci voice transitions  from aggressive rock vocals to sweet singing, showing diversity in the band’s approach.  In the song “Frankenstein”, we are brought into high gear, as it is the most aggressive and exciting song on the EP.  Guitars shred, forcing your heart rate up and Ricci voice reaches new heights. On this track, Ricci’s voice takes on a Lajon Witherspoon (Sevendust) quality that you can’t help but enjoy.  Donegan guest solo rips seals the gift with a bow, making this the epitome of a great modern hard rock song.  With “Mississippi”, the band try and expand their sound a little more into the country rock sound, with a southern toned, party sound that you can’t resist.  The EP closes out with “My Disaster”. It’s evident Ricci is very much a craftier of melodic vocal lines, with enough punch and harmony to make you want to sing along. The chorus is so addictive that you’d be remiss not to sing along.

No Home But The Road shows a band in progression. If you are familiar with their debut album Blue Collar Revolver, you’d hear the band honing their song writing skills. If you are not familiar with the debut, we’d highly recommend you pick up the deluxe edition of No Home But The Road from their website or at one of their shows. The deluxe edition is the ultimate deal for fans with 5 new tracks, the entire Blue Collar Revolver album, plus 3 unplugged stripped versions of tracks off the debut. So if you are a fan of modern hard rock with a sprinkle of country undertone, give Lansdowne a listen.  CrypticRock give No Home But The Road 4 out of 5 stars. 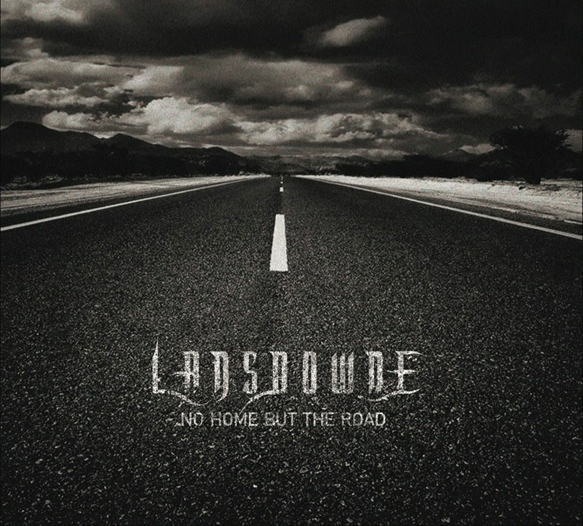