Released on March 9th, 2014 in the United States via Dark Sky Films, Glass Eye Pix and Site B, Late Phases is not a run of the mill werewolf movie. Written by Eric Stolze, and directed by Adrian Garcia Bogliano, Late Phases is Bogliano’s first Horror Drama film in English, and it is a visual and intellectual delight. The film tells the story of Ambrose McKinley (Nick Damici: Stake Land 2010, We are What we Are 2013), a blind Vietnam Vet who moves into a new home in the Crescent Bay Retirement Village, a secluded, gated community that edges onto untamed wilderness. Ambrose is accompanied by his guide dog, Shadow, a loyal German shepherd who isn’t very fond of Ambrose’s son, Will (Ethan Embry: That Thing You Do! 1996, Can’t Hardly Wait 1998), who has the same scent as his mother. Will drops Ambrose off at his new home, with the movers coming the next morning. He meets his neighbor, Dolores (Karen Lynn Gorney: All My Children series, Saturday Night Fever 1977), and almost instantly the two become friends. Ambrose becomes aquainted with his new home, but is disturbed by some strange noises outside, sounds that even attract Shadow’s concern. Dolores, while speaking on the phone to her daughter, is attacked by a terrifying creature and brutally killed. While trying to help her, Ambrose and Shadow are also attacked. Ambrose and Shadow are found the next day by the movers. 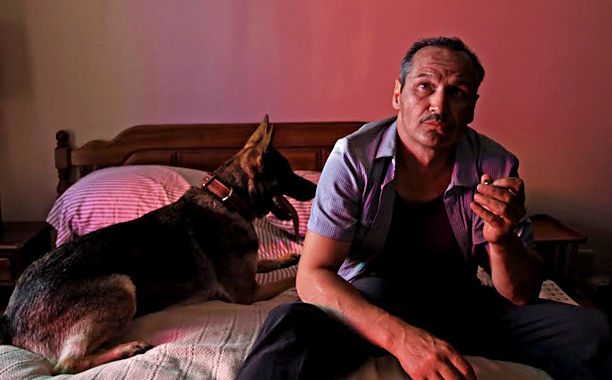 After a Police investigation, it is revealed that every month there are savage attacks on animals and the elderly, resulting in deaths. After Dolores and Shadow are harmed, Ambrose begins to plot and plan for the creatures return, to exact his revenge. Ambrose starts using a shovel as his walking stick and attending the local church using the shuttle bus, ran by local James Griffin (Lance Guest: Halloween II 1981, The Last Starfighter 1984), despite the fact he is not religious. He meets some of the retirement village women, whom he rebukes and offends. Ambrose seems to offend or disturb most people he comes across, but the church priest, Father Roger (Tom Noonan: The Monster Squad 1987, Last Action Hero 1993), seems to have a soft spot for him. Ambrose uses his new connections to become accustomed to the neighborhood and the people who live in the retirement village.

As the weeks pass towards the new moon, Ambrose readies himself and his home for the coming attack. Everyone around him becomes a suspect and he begins to find out more information about them. Ambrose attracts the attention of the police after his neighbors complain about his behavior However, the police appear to be completely unconcerned about a few animal and elderly deaths. Due to his surly personality, Ambrose is not close to Will, who harbours a great deal of resentment against his father. Ambrose cannot rely on Will to assist him or believe what he thinks is really going on. Externally, Ambrose is a grumpy old man with little likeable qualities, but internally he has more layers than an onion. Tension increases as the days go by, and Ambrose is all alone, ready for the attack. Armed with little more than a shovel and a few silver bullets, Ambrose plans his deadly vengeance. 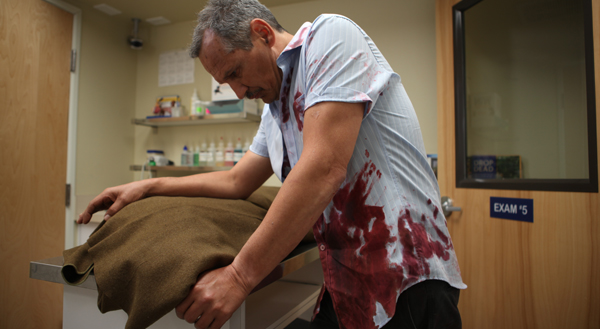 Late Phases has action right from the get go, with plenty of suspense, action, blood and gore. Each character has their flaws, and enough mystery to keep the viewer guessing until the blood soaked finale. While the ending may not please everyone, it is nonetheless satisfying and hints at the possibility of a sequel.

Ambrose is not a run of the mill hero, and, despite his inability to see, he is very hard to like initially. He is surely, hard to get along with, pig-headed and determined. But the viewer can’t help but root for him, and his sheer doggedness and will to fight is unsurpassed. It is not very often that in Horror movies the viewer feels so much compassion and fondness for the main character that when the film ends, the viewer is left with tears in their eyes. Late Phases has exquisite character development, but the plot has not been cut short because of that. This is an intriguing and intelligent Horror movie, and one that can be watched over and over again. Late Phases has the potential to be a sleepy cult hit, and one that all Horror and Action fans will enjoy. It is intensely rich, dark and deep with a surprise ending. CrypticRock gives Late Phases 5 out of 5 stars. 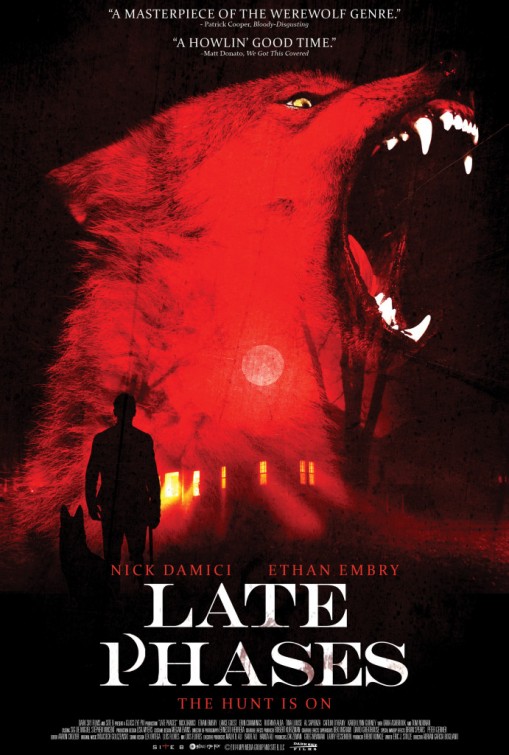