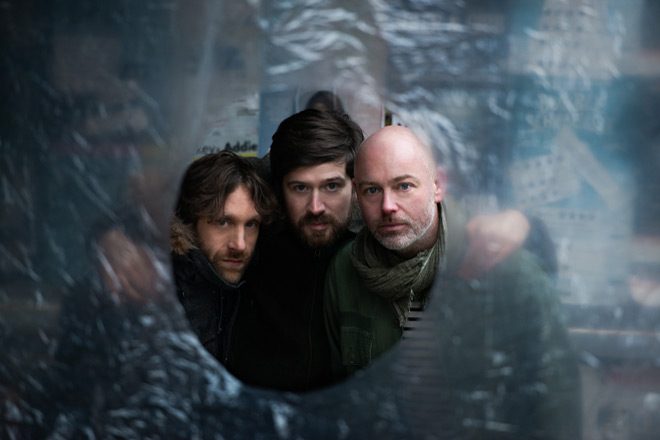 It may have been a bit under the Indie Folk radar, but Lau has long been enjoying quite a bit of attention in the proper Folk circuit. Still, it is worth championing, if only to further elevate its music onto the commercial realms of the genre.

Formed in 2005, in Edinburgh, Scotland, by the trio of Kris Drever (guitar, vocals), Martin Green (accordion, piano, electronics), and Aidan O’Rourke (fiddle), Lau, in its decade-spanning career, has released four studio albums – Lightweights and Gentlemen (2007), Arc Light (2009), Race the Loser (2012), and The Bell that Never Rang (2015). Root-wise, Lau’s music may be traced to as far back as the British Progressive Folk of the ’60s and traditional European Folk music, and then combining this with the modern elements of the genre, Lau arrives with its own Celtic-inspired brand of contemporary Folk music.

Now, Lau is wrapping up its ten-year career with Decade: The Best of 2007–2017. Scheduled to be released on June 16, 2017, on Reveal Records, the compendium collects choice cuts from the group’s discography. It starts with three tracks taken from Lau’s debut album – the reflective ballad “Unquiet Grave;” the upbeat, pace-changer, fiddle-led instrumental “Hinba;” and the initially somber “Gallowhill.”

Then there is the galloping “The Lang Set,” whose rhythm and style will remind the initiated of the engaging “Yankee Doodle”-inspired Bluegrass piece “Dueling Banjos.” Following afterwards are three songs from the second album – the stunning Pop-filled night’s-travel song “Winter Moon;” the cryptic, bluesy ballad “Horizontigo;” and “The Burrian,” which begins as a stomper and ends as a dirge.

The third segment of Decade consists of tracks from Lau’s third: the angular and R&B-flavored “Far from Portland;” the stripped-down “Throwing Pennies,” which harks to the sound of traditional British Isles Folk songs. For this, it will fit along nicely with 10,000 Maniacs’ similarly styled album Twice Told Tales. Lastly, Lau’s forthcoming release reinforces its last proper studio album by choosing three tracks off it—the jig “Torsa;” the heartbreaking “First Homecoming,” which sings of unreciprocated love; and finally, “Ghosts,” an acoustic-guitar-oriented song of reminiscence about the past.

Lau deserves more notice and credit. Its beautifully wrought music needs to reach a far much wider audience, to bridge the gap between obscure, traditional Folk, and contemporary Indie Folk music – from the past rustic mooning in the late ’60s of the likes of The Incredible String Band (“Swift as the Wind”) and The Holy Modal Rounders (“Dame Fortune”) to the current Indie Folk of band such as Fleet Foxes (“Blue Spotted Tail”), Family of the Year (“Hero”), and Bon Iver (“Skinny Love”). The soon-to-be-released Decade is a perfect introduction to this British trio of fine musicians and songwriters known as Lau – a worthy addition to any Folk aficionado’s collection. CrypticRock gives Decade 4 out of 5 stars.