Revisiting a troubled past has been fertile ground for thousands of movies over the decades, and it is certainly fruitful for the new film entitled Lavender. Directed by Ed Gass-Donnelly (Small Town Murder Songs 2010, The Last Exorcism Part II 2013), starring Abbie Cornish (Limitless 2011, Robocop 2014) and Justin Long (Accepted 2006, Drag Me to Hell 2009), the South Creek Pictures film examines what happens when Jane, the sole witness to a bloody murder as a child, finds her memory and mind severely impacted by a car crash with supernatural cause. 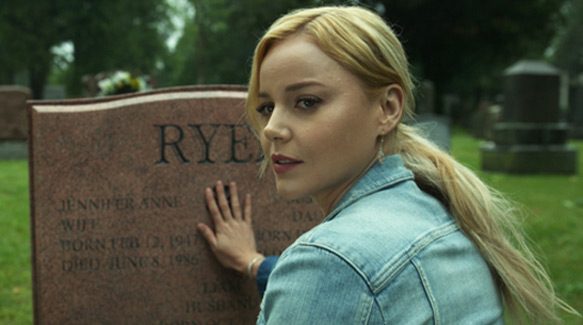 Set for theatrical and VOD/Digital release on March 3rd via AMBI Media Group and Samuel Goldwyn Films, where Lavender excels is in blurring the lines between the supernatural Horror of the 1980s and the psychological Horror that became popularized through the 1990s and early 2000s. Rather than either picking a side early or keeping the audience guessing which side they are going to land on, Lavender just decides to have its cake and eat it too, meaning, the horror is both supernatural and psychological, internal and external.

This is effective precisely because it manages to not only serve both sides of this equation without compromising the other, but continually uses one side to inform the other. All through its run-time, the film asks the audience to question which events are real and which are imagined, presenting it all as matter-of-factly as it can and then working to question and deconstruct the assumptions you have made.

It blurs this line largely through imagery that is not just inventive, but exceedingly thought-through and well-executed. There is a particularly memorable sequence towards the film’s opening that deserves some celebration, with the action on-screen mimicking the character’s state of emotional suspended animation in a disconcertingly literal way, ultimately capped with a powerful shot of the main character’s face that the film is very wise to return to as it progresses. 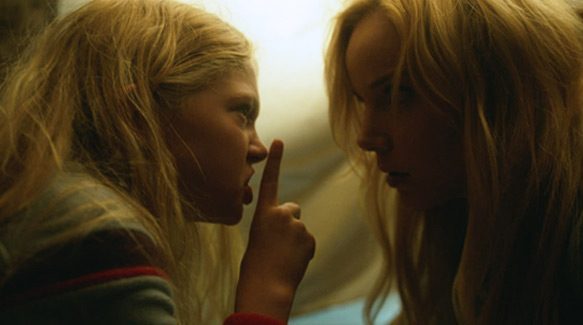 That in mind, even where Lavender is not particularly creative, it is certainly well produced – hands pop out from under beds and from dark closets, but all the framing that leads up to it is top notch. The tension is often palpable, the camera boxing in our protagonist into increasingly claustrophobic spaces – again, it is not revolutionary, but it does not have to be when it is on the back of a story that has already got the audience so invested in its characters. Critics may argue for years over style versus substance, but when conventional sequences like these work so well in Lavender, there can be little doubt that enough vividly rendered substance can overcome any stylistic deficits.

Indeed, this is very much a character-centric film. It may broadly be termed as a Horror movie, but like the best of the genre, it serves its characters first, leading to tense scares that are natural consequences rather than overwrought attempts to rattle an audience. As said before, Lavender is not always blindingly original, but it overcomes this by zeroing in on and selling the specifics of a situation. Interestingly, the film actually shares quite a bit in common with Gillian Flynn’s 2009 novel Dark Places – from the traumatized blonde protagonists having to relive their violent pasts to the muted rural cinematography, the two share a lot of the same DNA – the difference is in the way Lavender reflects Abby’s internal struggles through the horror that manifests around her. 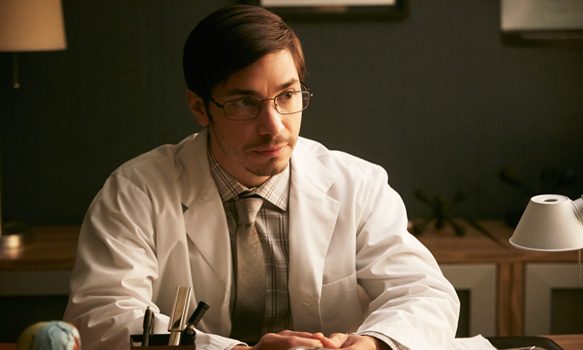 The performances aid this greatly, remaining well grounded, and the actors not hamstrung by clunky dialogue; it mostly feels very natural, and the only bit of dialogue in the film that comes off as didactic and overly expository is smartly framed within a conversation where just that sort of talk would make sense.

Justin Long, in particular, surprises with a performance that makes you quickly forget most of the stoner comedies on his resume. He is used somewhat sparingly, but his performance grows more multi-layered as the film goes on, and he rises to the task with each twist.

Overall, Lavender is effective because it opts to go small and character-focused rather than lean into broader Horror generalities; that having been said, some viewer’s mileage may very much vary with how much tolerance for a story they have probably mostly seen before. Those who can get past that will probably find a well made exercise in intimate Horror with a few creative flourishes that help it stand out. That is exactly why CrypticRock gives Lavender 4 out of 5 stars. 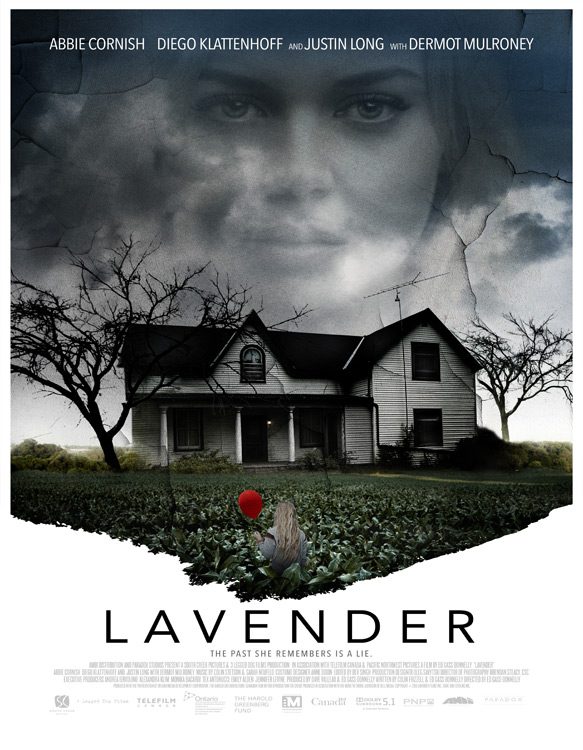