The evolution of technology in the 20th century was exponential, but perhaps none so much as within personal computing. Virtual Reality, often abbreviated to VR, where the user is fully immersed into an electronic environment, was not well-known until the late 1980s. Then in 1992, Brett Leonard’s directed Science Fiction/Horror film The Lawnmower Man was seminal in helping bring Virtual Reality into the public eye. 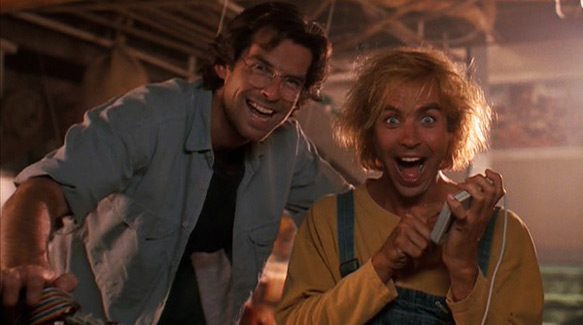 Known for other films such as 1995’s Virtuosity, Leonard teamed up with Gimel Everett to put together the interesting mindtrip of a film based on a Stephen King Short Story. Coming out on a relatively slow weekend at the box office, it went up against the massively successful Comedy Wayne’s World. Debutting at number #2 behind Wayne and Garth, The Lawnmower Man is well worth a closer look 25 years later.

Loosely tied with Horror author icon Stephen King, when The Lawnmower Man premiered, it was billed as “Stephen King’s The Lawnmower Man.” Unfortunately, it had almost nothing to do with King’s Short Story and the writer successfully sued the producers to have his name removed from the film and received substantial monetary compensation. Beyond King, the movie has been credited as an adaptation of 1968 film Charly, which also sees science used to increase the intelligence of a disabled individual.

When watching The Lawnmower Man, it wants to take the science seriously, but it also wants to create character drama and use flashy effects. Unlike 1982’s iconic film Blade Runner, it fails to tie everything together, offering a hodgepodge of direction and story that never reaches the heights it presumes to offer. The drama is shallow and unrealistic, while dialogue between characters is often delivered with slow, forced precision, sometimes leading into melodramatic hyper-tirades. The characters are mostly oversimplified stereotypes, except for Jobe. 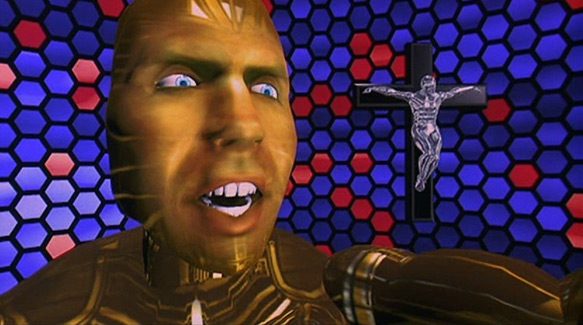 Fahey allows the audience to live through Jobe, presenting him as a sweet, autistic man with a complexity born of tragedy and circumstance. His rise to power, a sort of accelerated puberty, is frightening—a parallel to mankind’s race for technology without understanding the consequences involved. Throughout The Lawnmower Man, Fahey manages to pull in viewer empathy and the true horror is seeing Jobe break under his new powers, when all you want is for him to step back and be himself again.

Despite the film’s problems, it did put a spotlight on the emerging tech of Virtual Reality, technology that is once again becoming relevant in popular culture. Cell phones, gaming consoles, and headsets like the Oculus Rift are driving next-generation Virtual Reality into consumer hands. Previous flaws in the tech, such as nausea and headaches, have been largely addressed and the future of Virtual Reality is bright. In a case of life imitating art, Virtual Reality is even being used as therapy. In some cases, it helps people on the Autism Spectrum develop social and life skills. Even some psychologists’ offices are using it to treat depression and anxiety.

To its credit, The Lawnmower Man also boasted cutting edge visual effects and has since influenced cinema in big ways, even if indirectly. Many of the Virtual Reality scenes in the film are used in 1992’s Art film Beyond the Mind’s Eye. Also, it could be said films like 1999’s The Matrix and 2014’s Lucy borrow more than a few pages from The Lawnmower Man, a trend that should continue as new technologies are produced and humans keep pushing ethical boundaries. It is not such a large leap from Virtual Reality to Artificial Intelligence. 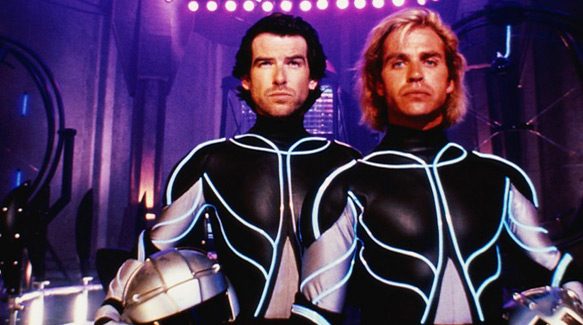 While critics did not show The Lawnmower Man much love, it seems to have aged well-enough to be, at the least, an interesting study in comparison. There was in fact a sequel released in January of 1996, entitled Lawnmower Man 2: Beyond Cyberspace, which was received very poorly.

Further proof of the film’s cultural impact, in spite of its shortcomings, there was a video game entitled The Lawnmower Man released on SNES and Sega CD in 1993 as well as 1994 game based on the film, Cyberwar. For fans interested, the good people at Shout! Factory have slated June 20, 2017 as a release date for a collector’s edition Blu-ray of the film.

Overall, for a handful of reasons, The Lawnmower Man is worthy of a Saturday afternoon re-watch. For start, Fahey’s soulful eyes, the inventive way sets and props are used, and current relevance have made it, in some opinions, a Sci-Fi/ Horror classic. Twenty-five years later, Virtual Reality is still coming into its own and the idea of man versus machine never dies, as vividly reminded in The Lawnmower Man. 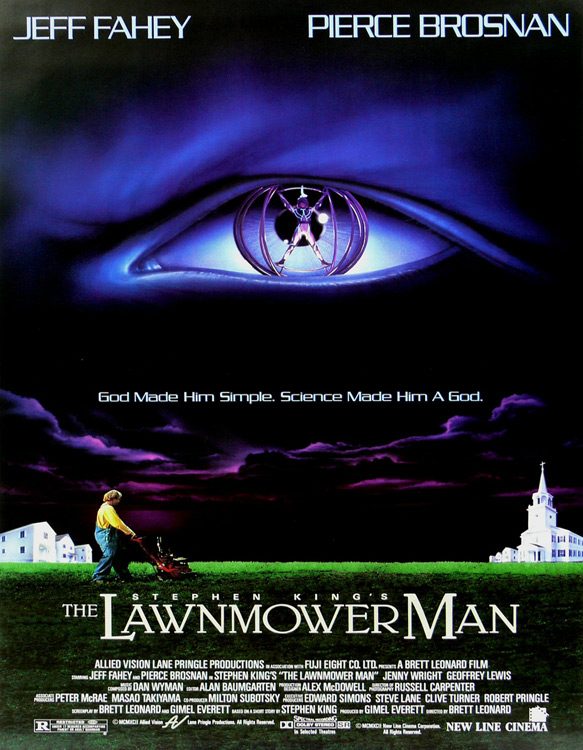