Spoof movies have been around since the advent of the moving picture with 1905’s The Little Train Robbery, a send up of the 1903 The Great Train Robbery, but with kids. Both films were done by Edwin S. Porter. One hundred and eleven years later, the Sci-Fi Action Comedy Lazer Team aimed to uphold the tradition when it was released January 27, 2016. Directed, co-produced, and co-written by Matt Hullum (The Faculty 1998, Halo 3 2007) and Burnie Burns (Halo 3 2007, Halo 4 2012), Lazer Team is a film that has received mixed reviews. 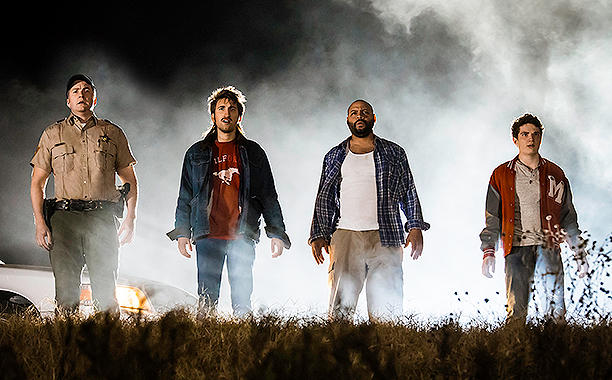 In February 2012, Netflix released its first original show, then, Amazon Prime and Hulu followed suit. It only made sense for YouTube, which had been a video-sharing social network since ’05, to join the fray in the fall of ’15 with YouTube Red; however, as far back as ’10, plans were being laid for Rooster Teeth’s first feature with ideas of Sci-Fi Action in the vein of movies Burns grew up with like 1992’s The Mighty Ducks and 1993’s Cool Runnings. 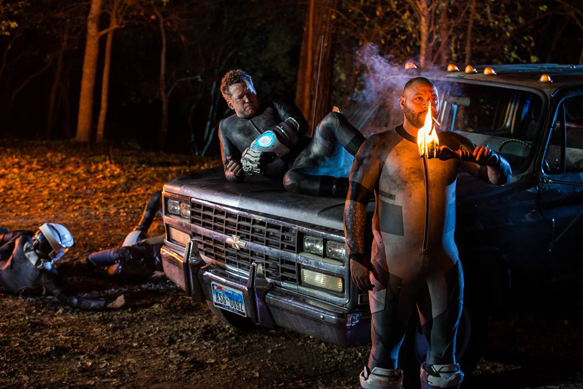 Surprisingly, the production value of Lazer Team is shot pretty well, considering it only had a 40-day shooting schedule. However, it had a healthy budget of $2.4 million gained by an Indiegogo site fundraiser, which became the highest amount gained for the site. Sadly, the crew making the movie did not seem to believe in their product after its completion, because instead at least a limited release, they did an “on demand” release.  This means that a group of people had to ask for the movie to be shown, then, the crew had to find a theater that would show the movie just for one showing to said audience. The movie pulled four hundred eighty screenings plus an additional thirty-five screens traditionally released.  Unfortunately, the movie bowed in the red financially. Although reportedly shot on location at the Austin National Guard Armory and the University of Texas at Austin and New Mexico, Lazer Team looks like it was filmed on dressed up soundstages. In all fairness, it could be the stock film to give the movie that over the top, high definition Mighty Morphin Power Rangers (1995) look and Starship Troopers (1997) scene set-up.

Plot-wise and pacing, the movie also is akin to Mighty Morphin Power Rangers with an abundant amount of corn as well as a healthy dose of tongue-in-cheekiness, but without the Paul Verhoeven sensibilities, with the pace slow enough to learn the pertinents of the characters while still clipping. However, the acting is so amateurish, as much as the actors and actresses try, that viewers probably will not care. With that being said, the characters are clichéd, specifically with Burns’ Officer Hagan’s corny, no-nonsense attitude and Jones’ football jock. DeBerry’s Mindy is the typical jock’s bimbo girlfriend while everybody else falls in line while the suit, which seems to want the viewer to see it as a character all its own; looks like the suit in 2009’s G.I. Joe: the Rise of Cobra, except white, while enhancing abilities. 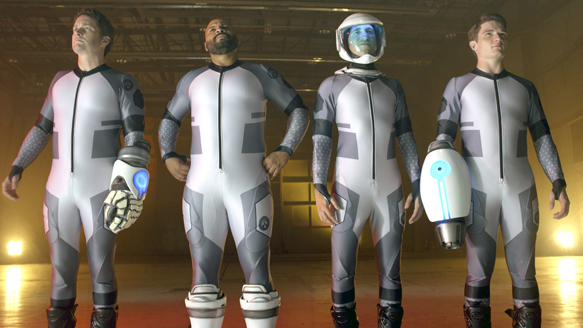 Understandably, Lazer Team tries to spoof Sci-Fi Adventures such as Independence Day (1996), even with a direct reference to that film, but it fails to hit on many intended jokes that have been pulled off much more successfully by actors and actresses with more experience than Syfy channel acting. Who knows, maybe Lazer Team could be like Rocky Horror Picture Show, which was not received well initially, to become the next best cult classic…or replace Troll 2 as the best worst film ever. CrypticRock gives Lazer Team 2.5 out of 5 stars. 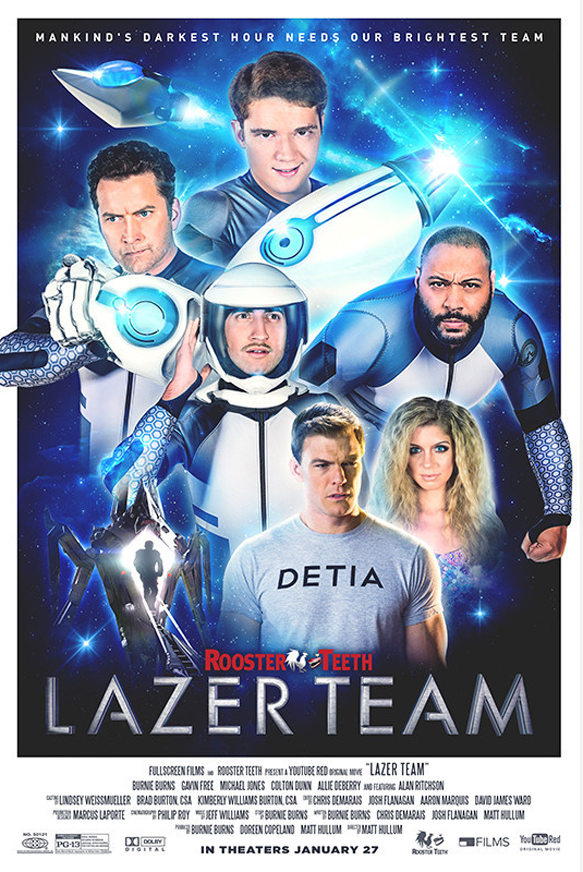