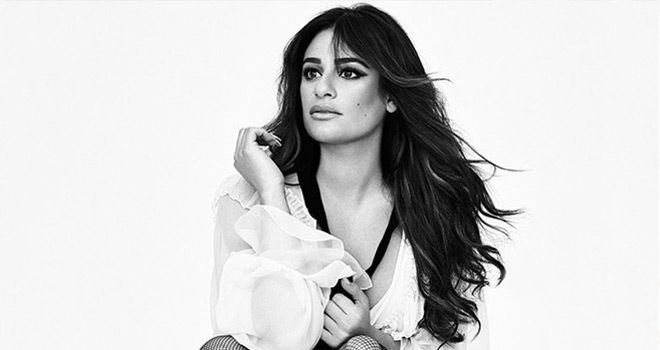 Anyone who found the character of Rachel Berry on Fox’s hit series Glee’s portrayed by Lea Michele the least bit annoying still could not deny her singing chops. After all, the Broadway alumna Michele has one of those rare voices that comes along once in a generation. It is hard to imagine anyone taking on Barbra Streisand’s “Don’t Rain on My Parade” from 1964’s Funny Girl, but Michele proved she was the one to do it. There is a monster of a voice emanating from the singer’s small frame, one that was birthed on stage and so its theatrics are never far away. All this in mind, Gleeks can rejoice as Michele embraces her Broadway and Pop sensibilities with those golden pipes on her sophomore effort, Places.

Lea Michele’s goosebump-inducing voice is a force to be reckoned with and power ballads are her bread and butter. Released on Friday April 28, 2017 via Columbia Records, this time around it feels like the singer has focused on the emotion within the lyrics and the purity of her vocals rather than the more highly produced Pop tracks on her 2014 debut, Louder. Places’ opening track, “Love is Alive,” perfectly blends all the elements that have made Michele a household name. A piano, strings and emotional, triumphant and soaring vocals from Michele combine to produce a cinematic experience. Then there is “Heavy Love” which speeds up the tempo a bit, but still remaining in ballad territory as Michele sings, “Dear lover, put another pill upon my tongue/ Forever, wrap me in your heavy love.” The song slowly builds toward the swell of the chorus, which feels uplifting and anthemic as violins accompany Michele’s high-flying soprano vocals.

The piano greets listeners again on “Proud,” a ballad that beautifully speaks of the value of support in an industry that is so very fickle. Michele’s voice is full of emotion as she sings, “I never want to let you down/ You live so deep in the heart of me/ I just need to tell you now/ All I wanna do is make you proud.” Here she is able to project both strength and vulnerability in a touching and captivating song. Next up, “Believer” is a mid-tempo mixture of Broadway and Pop, it is anthemic quality driving the chorus that will have audiences singing along to proclaim, “I’m still a dreamer/ I’m fighting my way up to the stars.” Lyrically victorious, with an inspiring message and dramatic flair, it is a song that would have fit perfectly on an episode of the aforementioned Glee.

Keeping the album diverse, tone shifts slightly on “Run to You.” A haunting piano ballad, it simply showcases both the power and restraint in Michele’s delivery; dynamics which allow the singer to produce an impactful and heartbreaking vocal. Thereafter “Heavenly” keeps in line with the vocal-driven, theatrical Power-Pop theme of the album, giving us Michele’s piercing belting prowess, but also throwing in some acoustic guitar and a slight tinge of blues in the chorus.

A recurring theme on Places is Michele’s resolve, her fight to move forward and be a survivor throughout the trials and tribulations that life throws her way. This is evident on “Anything’s Possible,” another anthem that many can connect with. The lyrics are universal for anyone who is felt rejected or had to overcome an obstacle and the triumphant track motivates as Michele declares, “I push to the limits, I climb every wall/ I keep on believing anything’s possible.”

Later on “Getaway Car” is a stripped down piano ballad, with Michele singing about “two kids with curious hearts, not afraid to break.” About first love, it is also one of the track’s Michele co-wrote. The lyrics create a sense of abandon and innocence that are characteristic of young love. On an otherwise moving album, “Sentimental Memories” seems to lack any driving emotion and ultimately falls flat. Luckily, things get back on track with “Tornado” which begins with Michele singing a capella building into a tour de force, showcasing Michele’s explosive vocals. It is one more fighter’s anthem, a song about resilience, and a declaration that nothing can destroy you if you do not let it.

Finally, Places ends with “Hey You,” an ode to Michele’s former co-star and boyfriend, Cory Monteith who tragically passed away from a drug overdose in 2013. It is a heartfelt letter, depicting both the difficulty of loss but also hope. It will undoubtedly leave listeners in a puddle of tears since it is so beautifully intimate and raw as Michele sings, “Final days were the hardest/ I didn’t think they would be your last/ Hope you know I forgive you/ Give anything to get them back…. You should know I love you more/I said so.”

Places, a nod to the term used in theater before a show begins, is exactly the kind of album one would expect from Lea Michele and there is nothing wrong with that. She is a balladeer and a damn good one. Her songs are honest and straightforward with a dramatic edge that allows her to fully embrace the gift that lies within her, that voice. Its power, range, and nuances are all utilized to allow Michele to express herself in an emotional and gripping way that can be both heartbreaking and heartwarming. No need to rain on her parade, there is just enough Broadway flair sprinkled into this Pop singer’s repertoire. For these reasons CrypticRock gives Places 4 out of 5 stars. 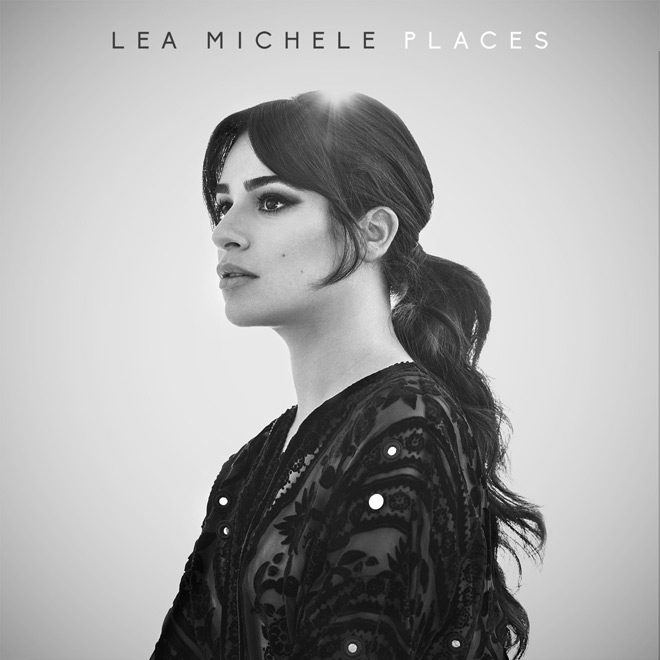