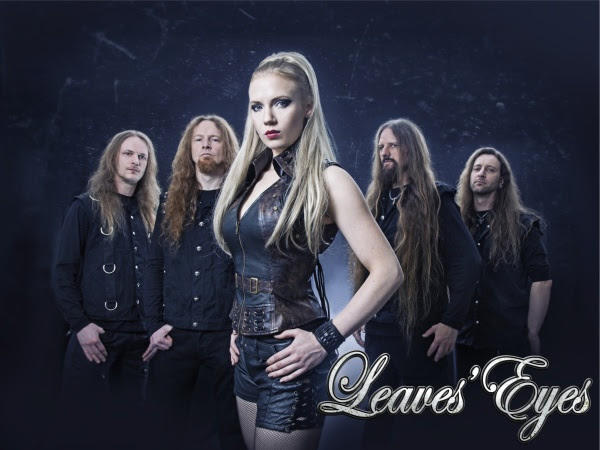 Since 2003, Leaves’ Eyes has been creating Symphonic Metal at the highest standard. Travelling more than fifty countries and all five continents, Leaves’ Eyes became one of the biggest names in Metal. Led by Atrocity Vocalist Alexander Krull and  former Theater of Tragedy Vocalist Liv Kristine, between them, they were pioneers of the Beauty & The Beast style of vocals. Then, in April of 2016, it was announced Kristine was no longer a part of Leaves’ Eyes. Raising many questions amongst dedicated followers, many took to social media searching for answers as to why. Respective of the band’s decision, Leaves’ Eyes moves on with new Co-Vocalist, Elina Siirala. Hailing from Finland, Siirala has big shoes to fill in the eyes of long-time fans, but appears to be up for the challenge on Leaves’ Eyes newest EP, Fires In The North.

Released on November 4th via AFM Records, it is the band’s first studio recording since the vocalist change, giving Siriala a proper introduction to demonstrate her skills to listeners. Consisting of five songs in total, which includes a brand new song, as both full symphonic rendition and an acoustic version, plus some re-working of three tracks from 2015’s King of Kings. Teaming up with Krull, Thorsten Bauer (guitar), Pete Streit (guitar), as well as Joris Nijenhuis (drums), the material was produced at Mastersound Studios and leaves fans full of curiosity.

The one new offering, title-track “Fires in the North,” kicks off  the new EP with not one version but two. The first is a full electric, high-octane, full-fat symphonic masterpiece, with the trademark vocal mix, growly Krull complementing soprano Siirala, fired by warrior chants and distorted guitars, it beats out its story beautifully. Then, to exhibit the sublime talent of Siirala, they reveal it as a stripped back, folksy, acoustic number. Coming right after another, listeners may have a hard time deciding which version they prefer, because both are simply breathtaking.

Next, comes “Edge of Steel,” originally from King of Kings with Epica’s Simone Simons guesting on vocals. This updated version is by far superior with choral nature that gives it an epic significance. Then is “Sacred Vow,” which is also improved, enriched and re-worked. With strength and fire, as well as plenty of Viking spirit, shows Siirala fits right in with Leaves’ Eyes. Concluding the sample, “Swords in Rock” is a Folk Rock, ceilidh that swirls and dances, with a Scottish flavor. Combining manly bravado with haunting femininity, it compares favorably with the original.

Intricate, delicate, beautiful, elegant, masterful, powerful, complex, and artistic, who knew Vikings could be so cultured. Far from the blood-thirsty invaders, these Vikings are noble and heroic. Leaves’ Eyes certainly have a bright future ahead of them with Siirala. Entering an established band can be extremely difficult and she adds a new dimension to Leaves’ Eyes’ already polished performances. As much as fans will miss Kristine, and rightfully so, they should embrace Siirala, who has shown here that she has a voice that is perfectly suited for Leaves’ Eyes. With a breadth of range that embellishes each song and gives a gilt edge to Krull’s gravelly tones, while many may resist the change, they should at least give it a try. A pure delight of an EP, Leaves’ Eyes are back in North America, so buck up and enjoy the ride. CrypticRock gives Fires In The North 5 out of 5 stars. 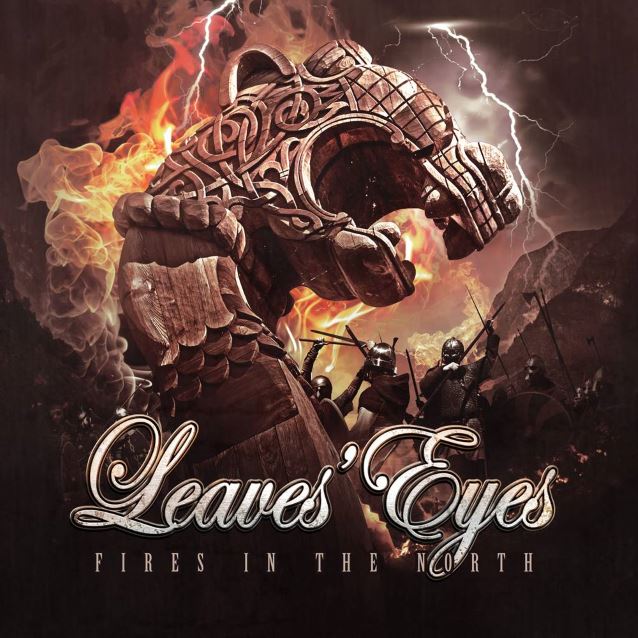