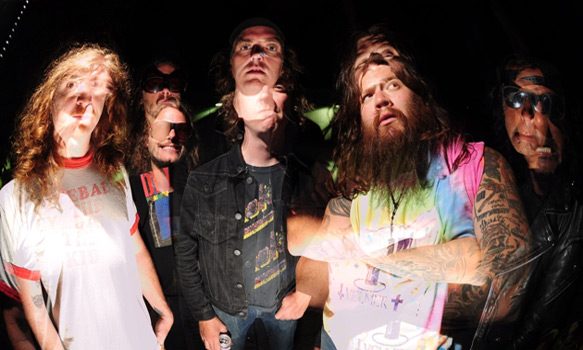 Believe it or not, excellent and creative heavy Rock-n-Roll/Heavy Metal is being forged in 2017. Where trends come and go, one of the latest is mixing a variety of genres and styles together into a masterfully, artful blend, which in turn speaks a modern language. One of the brightest talents doing such are Northern California’s Lecherous Gaze, who throw a treasure chest of influence into their music.

Featuring members of Annihilation Time, Witch, and Saviour, Lecherous Gaze came together back in 2010. Yet to slow down since, the unique result of genre mixes has pushed them to a quickly rising pedestal as they return on February 10th with their third studio album, One Fifteen.

Their first album since 2014’s Zeta Reticuli Blues, the new material was produced by Greg Wilkinson (Eerie, High on Fire) at Earhammer Studios and mastered by Carl Saff (Earthless). Composed by Bassist Chris Grande, Guitarist Graham Clise, Drummer Noel Sullivan, and Vocalist Zaryan Zaidi, along with the addition of second Guitarist Zakk Dellorto-Blackwell. Uniting psychedelic, as well as progressive, elements, Lecherous Gaze do their best to make the music world a better place.

Nine songs in total, for all One Fifteen’s psychedelic elements, there are also many heavy points with some Punk Rock in the mix. Although, much of the music is geared towards a Stoner Rock and psychedelic vibe. This in mind, the record starts out strong with the psych and clean guitar melodies before the raw catchy vocals enter. Jumping into a speedier and old school Rock-n-Roll sound with the jam “Reptile Minds,” the track is a perfect example of how Lecherous Gaze mix modern and old styles.

While the album’s playtime is relatively short, the overall goodness and pace of it is right as it should be as they continue with “Cosmos Redshift 7.” An inspiring song that pawns out their creative and quirky caricatures, so prominently inviting in a live setting, there is definitely an insane and wonderfully entertaining vibe going on. Then, the most invigorating and appealing cut comes with “Thing Within,” a song which happens to be the longest on the album. Lecherous Gaze’s equivalent of a Stoner Psychedelic ballad, it is a mind trip in itself and full of all the band’s best qualities with heavy, scratchy, and deep vocals, to the cleanly melodic guitar riffs, to the Rock-n-Roll interludes that provoke mystery.

Keeping the out-of-this-world experience coming, “Malevolent Shroud” and “Dark Nebula” have space-themed backing tracks matched with trippy riffs along with a dash of old school Rock-n-Roll. Finally, the more punky flavored fast Rock of “X City” brings the disheartening conclusion that the music is nearly over, but not before slamming listeners with catchy guitar solos.

The best part of One Fifteen is that it gets better with each listen. This in mind, the only trait Lecherous Gaze have not worked in is being lyric heavy, but for their style, sometimes less is more in terms of vocals and words. A band that must be seen live to get the full effect of the album, time and space collide on this latest offering. Simply put, Lecherous Gaze are lovely organized chaos in a nutshell and, without further exploration, CrypticRock gives One Fifteen 4.5 out of 5 stars. 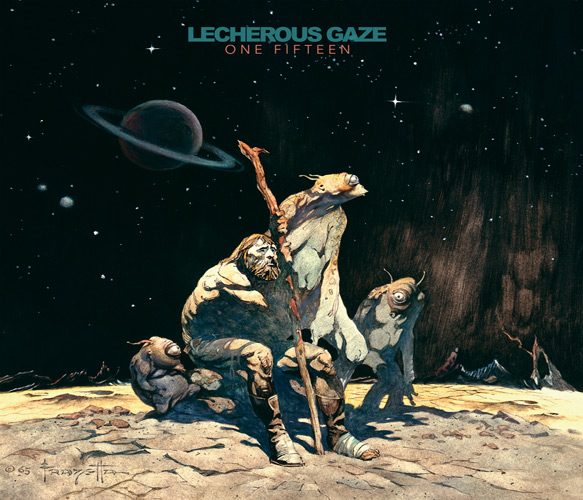