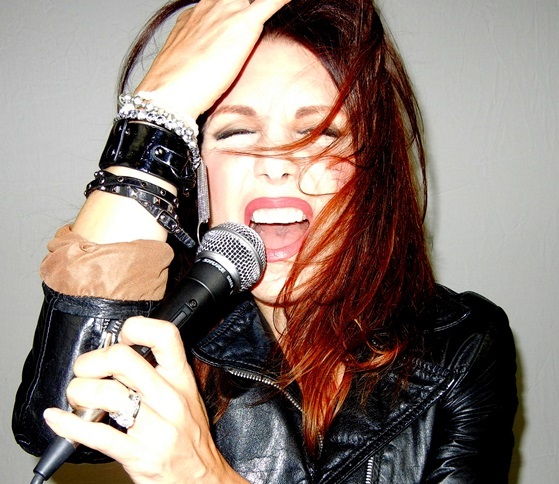 Canadian Singer-Songwriter Lee Aaron at one time was dubbed the Metal Queen, but in the three decades since, she has evolved musically as well as a person. Initially debuting in 1982 with the album The Lee Aaron Project, Aaron’s pedigree of musicianship counts twelve albums that range from her 1984 breakout album, Metal Queen, through to the commercially successful anthem Pop Metal of 1988’s Bodyrock and 1991′s Some Girls Do. Continuing to grow, Aaron’s work led to more experimentation including Alternative Rock influence on 1994’s Emotional Rain and later with Jazz styling on albums such as 2004’s Beautiful Things.

Now Aaron’s latest venture is her 2016 album Fire And Gasoline, an effort that relays a Rock, even Pop side beat, sounding something like another version of Meredith Brookes. Released on March 25th via Big Sister Records/ILS/Caroline, Fire and Gasoline was engineered by Ben Kaplan (Mother Mother, Hedley) as well as vocal engineer/keyboard guru John Webster (Bon Jovi, Aerosmith, The Cult), helping bring together eleven tracks from Aaron’s soul.

Opening the album is “Tom Boy,” which is reminiscent of earlier Avril Lavigne material. A fun little number originally written for Aaron’s daughter, it is one of the more aggressive tracks of the album. One could even say the song is thematic to where Lee Aaron is now. Next comes Aaron’s second single, title-track “Fire And Gasoline.” It resolutely delivers a groovy, funky bass sound along with a clearly developed vocal line. Within the fabric of the track, Aaron solidifies she is bad ace and she is not putting up with anyone’s stuff. It is a song that listeners will feel empowered by Aaron’s vocals bringing the words to life.

Moving on, another self-assertive track can be found within the bubblegum Punk Rock beat laden “Wanna Be.” Then there is “Bittersweet,” which rocks a great melody and a catchy sound. Furthermore, cuts like the refined “Heart Fix” and more mellow album closer “Find The Love” may be good enough to make it onto Adult Contemporary radio. Each track is solidly written with striking lyrics about life’s struggles. A topic many artists cover, Aaron’s sincere delivery make the songs that much more effective as they stand out and hopefully will get noticed for deserved airplay.

Mixed within the album is a diversity of sound, and that could be heard on “50 miles,” which possess a far darker vibe to it. With Aaron’s voice fitting very well, it is a song that has an edge of Blues Rock and Soul that will turn on many listeners. On the other side of the spectrum, “Bad Boyfriend” is the heaviest song on the album and the title states it all, letting the listener knowing this is not a romantic slow number. This before the smooth sounding “Nothing Says Everything,” which has a touch of Country Rock in its sound as Aaron emotionally sings about how the regret and the words unspoken in a relationship that could have made a difference. Thereafter is “If You Don’t Love Me Anymore,” a resplendently chill mainstream Rock song which has an ’80s feel with the complex piano and guitar lines radiating through. It is a song that is equally as effective and addictive as all those came before, and as stated with other tracks, hopefully gets the attention it deserves.

With Fire and Gasoline, Aaron brings the ’80s forward and splits the Rock to a new generation of lit and primed rollers. The album is an emotional ride from start to finish and contains topics everyone can relate to, all while remaining potent musically. With that all said, this is not a Metal album, it is an album where fans get a chance to hear a gracefully matured Aaron offering Rock in her own vision. CrypticRock.com gives Lee Aaron’s Fire And Gasoline 3 out of 5 stars. 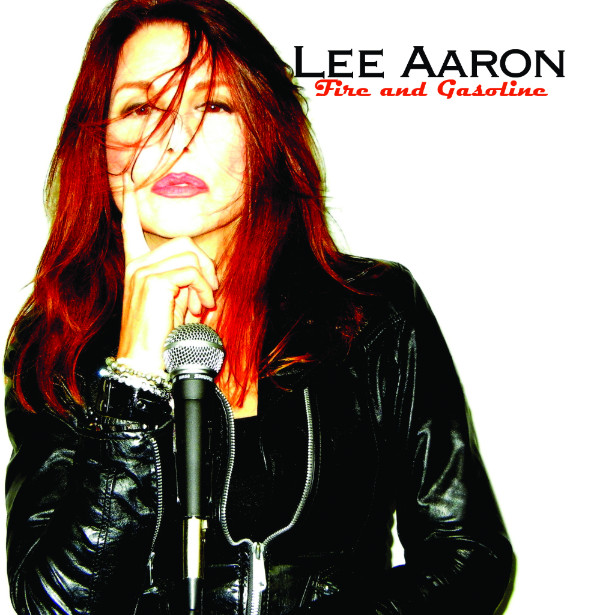 Buzzy Lee – Spoiled Love (Album Review) You Me At Six – Suckapunch (Album Review)
Like the in-depth, diverse coverage of Cryptic Rock? Help us in support to keep the magazine going strong for years to come with a small donation.