The name Ridley Scott is more often known for films like 1979’s Alien, 1982’s Blade Runner, and 2000’s Gladiator, but in 1986, his Dark Fantasy Adventure Legend is perhaps one of most underrated. Initially released in the UK late 1985, on April 18th of 1986 it hit theaters in United States after going through various cuts. The initial version ran 125 minutes long and Scott felt there were plot points that could be trimmed down, leading him to shorten the film to 113 minutes. The film was tested on audiences, but the consensus was that the audience had too much to work with to enjoy the film, and so, another 20 minutes was cut. With all that said, the 95 minute version was released in the United Kingdom, but ultimately the film that U.S. audiences would see included just 89 minutes of Scott’s original story. 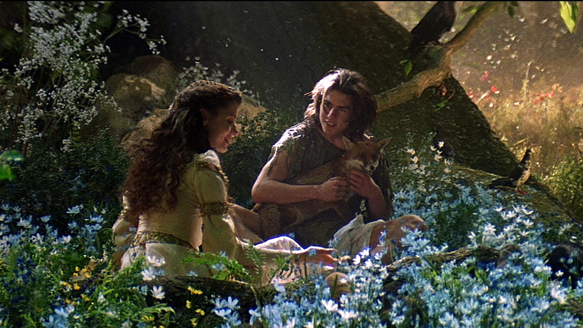 The film starred rising star Tom Cruise before his career defining role in 1986’s Top Gun, along with the beautiful, Mia Sara, and the glorious Tim Curry. At the time of its release, Legend was not received well by critics and viewers alike, generating mostly mixed reviews, with some critics praising the makeup design and Tim Curry’s performance, and others claiming the movie was simply a copy of other fantasy films. Legend was also not a commercial success, and did not recoup its budget, grossing a total of an estimated 15.5 million dollars domestically. The film was considered an epic failure that all the re-working by the studio could not save, including changing the soundtrack from the music of Jerry Goldsmith to music by German Electronic artists Tangerine Dream. Eventually the film became a cult classic, and remains a treasured Gothic Fairytale full of Unicorns, Goblins, and a very alluring Lord of Darkness.

Similarly to other films of its time, Legend centers on the battle between good and evil, and falls in line with other genre classics, such as 1982’s Dark Crystal, 1986’s Labyrinth, and 1984’s The NeverEnding Story. Scott’s intent was to create a “Once Upon a Time” story, but this is not your average Disney fairytale. Legend takes place in a magical land where Unicorns are the epitome of good. Darkness, the personification of evil, plans to create eternal night by destroying the last of the unicorns. He instructs Blix (Alice Playten: The Rebound 2009, Heavy Metal 1981), along with Goblins Pox (Peter O’Farrell: Santa Claus 1985, Harry Potter and the Chamber of Secrets 2002) and Blunder (Kiran Shah: The Lord of the Rings: The Fellowship of the Ring 2001, The Hobbit: An Unexpected Journey 2012) to kill the Unicorns and bring him their horns. 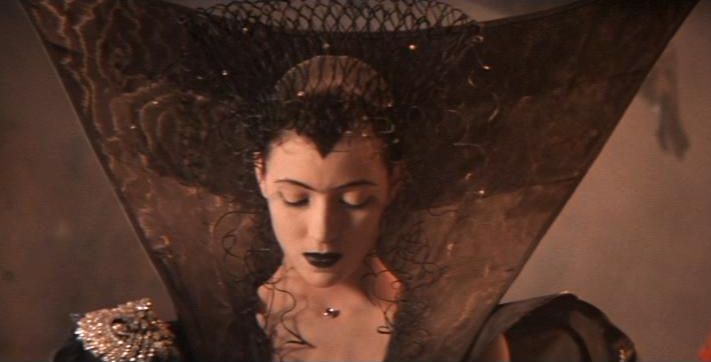 Meanwhile, the naïve Princess Lili (Mia Sara: Ferris Bueller’s Day Off 1986, Timecop 1994) sets off to meet her friend Jack (Tom Cruise: Risky Business 1983, Top Gun 1986), a forest dweller, who brings her to the two Unicorns. Lili, wanting to touch one of the majestic stallions, approaches and reaches out, unknowingly making it the perfect target for a poisoned dart, shot by Blix, who cuts the horn of the poisoned Unicorn. This begins a turn of events, which eventually leads Jack and some mystical friends on a quest to retrieve the horn and restore light to the world, and also to save Lili from the hands of Darkness.

The general assessment during the film’s initial run was that it lacked story and character development, specifically with its two protagonists, Jack and Lili. The critics were not wrong here. Tom Cruise comes off as one-dimensional and awkward, moving through the film with a slack-jawed, stupefied demeanor, his long hair often in his face. He lacked the charisma that would later catapult him to superstar status in iconic roles like Maverick in Top Gun, Jerry Maguire in the film by the same name, and Ethan Hunt in the Mission: Impossible series. Mia Sara, though not as bland as Cruise in the film, also did not fare too well. Her character becomes somewhat annoying in her curiosity. After all, it is that curious nature that puts the world in danger, and later in the film, she is easily hypnotized by the dark side because of a shiny necklace. Yet, she and the film are saved by the cinematography, Scott’s visual mastery, and a very red and enticing Tim Curry. There are many memorable moments, including Lili’s return to a cottage where everything and everyone has frozen, the grotesque swamp hag, which is one of the most frightening aspects of the film, and Lili’s seductive dance with her dark self counterpart. 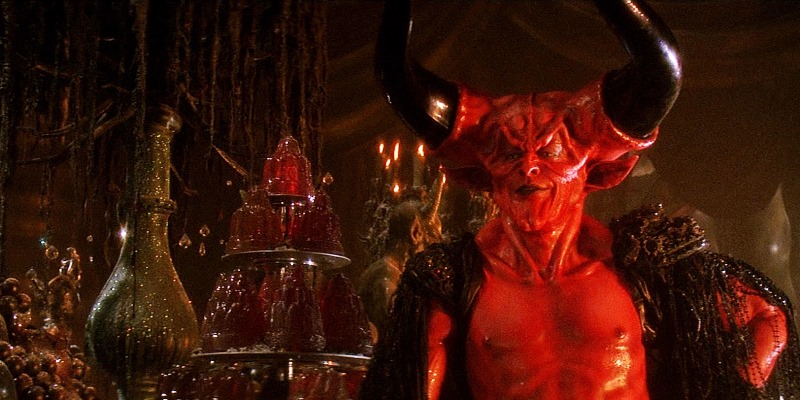 The real gem of Legend is Tim Curry and his portrayal of the Lord of Darkness. He oozes sensuality and charm, while simultaneously being an imposing and frightening character, stealing every scene he is in. Covered in prosthetics and lobster red makeup, Curry’s devil figure looks like a warped take on a mythological satyr. It is one of his most iconic roles and one of the most impressive makeup creations by the ingenious special effects master Rob Bottin. This is a character viewers do not really want to hate. While Curry infuses a bit of camp into the role, it works to accentuate the mannerisms that have become signature to the character. Even though he is demonical, there is something intoxicating and welcoming about him. His voice and, more so, his laugh are elements any person who has watched the movie will remember. In the end, he does not succeed and light is restored, allowing everyone to live “happily ever after,” but the very final image we are given is that of Darkness and his menacing laugh.

In a way, Legend was ahead of its time. That is because looking at fairytale stories in cinema today, most have shifted the focus to the villain. These characters have always been the meatier of the bunch, and Hollywood knows characters like Maleficent, most recently played by Angelina Jolie (Mr & Mrs Smith 2005, Changeling 2008) and Ravenna by Charlize Theron (Prometheus 2012, Mad Max: Fury Road 2015) are more fun and interesting to watch. Legend gave audiences one of the most entertaining characters in cinematic history and that is why, thirty years later, viewers are still intrigued. 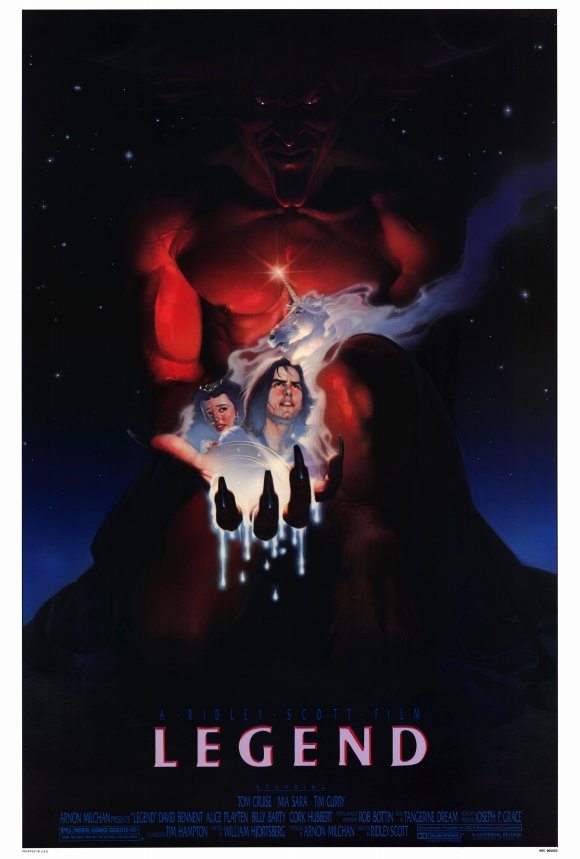 Purchase Legend on Blu-ray/DVD on Amazon