He Is Legend – few (Album Review) 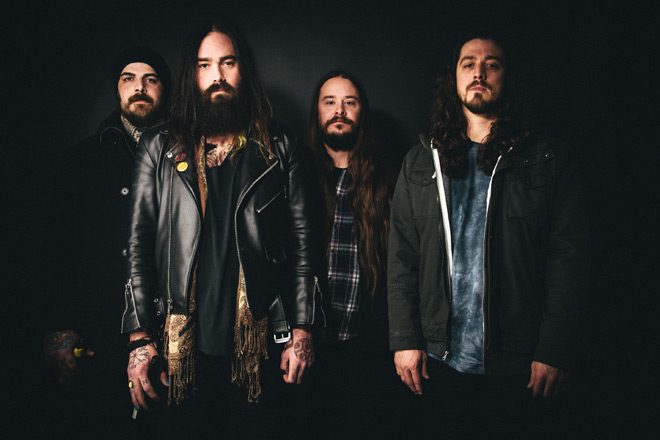 He Is Legend are a Rock band with many different influences and they are not afraid to show that off, as is displayed in their new album, few, out Friday April 28, 2017 via Finland’s Spinefarm Records.

Hailing from Wilmington, North Carolina, He Is Legend – who adapted their name from the noted post-apocalyptic masterpiece I Am Legend by Richard Matheson – released their first full-length, studio album, I Am Hollywood, in 2004 on Solid State Records. The boys would then relocate to California and nearly call it quits before releasing their sophomore effort, 2006’s Suck Out The Poison.

Lineup changes followed and it would not be until 2009 that the band – now signed to Tragic Hero Records – would release their third album, It Hates You. A hiatus, more changes, and 2014’s Heavy Fruit came next for the band, as did acclaim from the likes of Alternative Press, Revolver, and many more.

He Is Legend – currently composed of Vocalist Schuylar Croom, Guitarists Adam Tanbouz and Denis Desloge, as well as Bassist Matty Williams – have shared stages with many Metal luminaries, ranging from Chimaira to Dragonforce to Killswitch Engage. Their fifth studio album, few, with just one listen, it becomes abundantly clear that He Is Legend are writing music for themselves and pleasing their fans in the process.

The album begins with “Air Raid,” where the verses have a distinct ’70s, almost Jefferson Airplane-esque feel that is followed by a very riff-heavy chorus.  Vocalist where Croom adds a familiar rasp that can be heard on the band’s past albums, such as Suck Out The Poison and It Hates You.  Overall, the track does not appear to be very fitting album opener but it is in no way a bad offering.  Many of the songs that follow have a modern feel but with throwback guitar riffs; they revisit Psychedelia but with a tendency towards ’90s Grunge. This later influence along with Pantera-styled riffs can be heard on tracks like “Sand” and the brilliant fourth track, “Silent Gold.”

Guitarists Tanbouz and Desloge weave in and out of a delicate intro/verse that is hypnotizing right off the bat, while Croom’s vocals are seductive and Williams holds it down on the low end, adding a groove that makes you nod your head.  Songs such as “Alley Cat” and “Gold Dust” have some interesting musical surprises up their sleeves that make you second-guess whether you are still listening to the same track.  “Gold Dust,” specifically provides a solid nod to bar bands in which you can almost smell the cigarette smoke and spilled beer. For its part, “Alley Cat” begins with
tribal percussion that’s met with Jazz-influenced guitar that still retains its Rock essence.

This tribal percussion with a near Middle Eastern sound is further explored on the aptly-titled “Eastern Locust,” which is a dichotomy consisting of Eastern influences and Metallica-like riffs.  The paradox of these eclectic, somewhat opposing sounds is the genius of He Is Legend’s music; since their start back in 2003, the band have always been able to combine unique influences and elements to create a predominately Hard Rock/Heavy Metal sound.

“Fritz the Dog” has an interesting, almost fairy-tale like lyrics and begins with an exuberant and sinister guitar riff that, ultimately, turns toward the opposite end of the spectrum; there is Metal guitar work with Croom roughing up his vocals.  The album’s finale track is a 6-plus minute long song that begins with a modern Black Sabbath feel; sludgy guitar tones and drumming evolve into Alice In Chains-like instrumentals and Layne Staley-esque vocals. The guitar solo here is definitely a hybrid between the aforementioned ’90s Rock feel combined with wails and string-pulling reminiscent of Guns N’ Roses.

Overall, few succeeds at what it sets out to do which is, ultimately, to please the band members themselves first and foremost. It may not harken back to the energy of their debut album, I Am Hollywood, but there is absolutely a more mature band here; a band who are clearly more comfortable in their own skin, for better or for worse.  The album’s impression is that if you give it a long enough chance – while sipping on a beer or whiskey on the rocks after a long day at work –  it may just click with you.

Certainly listenable and creative, few is a solid addition to the He Is Legend catalogue, further solidifying that their earliest days and Solid State Records era sound are far behind them.  For these reasons, CrypticRock give He Is Legend’s few 4 of 5 stars. 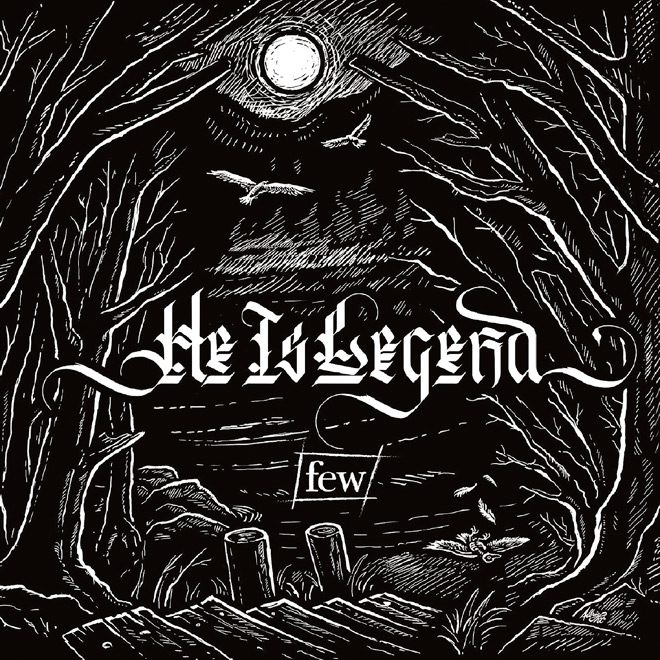