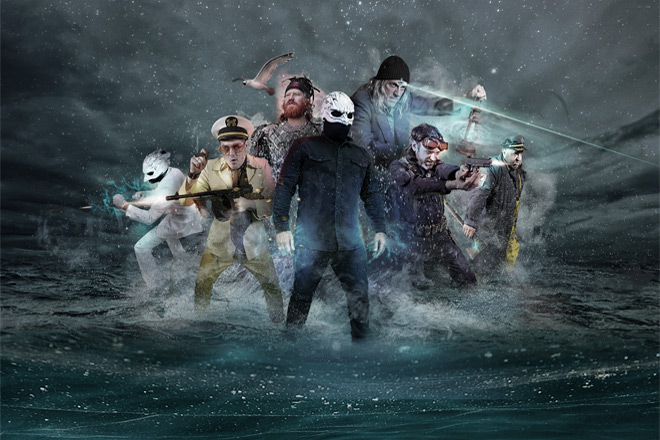 The whiskey-sloven drawl of maritime tunes and scabby, sea-weathered ocean farers is probably the exact mental picture derived from the term: nautical rock. A dimly-lit, wood-paneled bar, heaving and ho-ing with the rum-soaked bellies of tattooed regulars. Toss in a few longtime friends who happen to be members of Tool, Mastodon, and Dethklok, and an alchemy of a supergroup emerges. Releasing their debut, self-titled album via Dine Alone Records on Friday, February 9, 2018, Legend of the Seagullmen bear stories spit straight from trippy-oceanic adventures.

While news of The Seagullmen broke in early 2015 with the leak of 2 demo tracks and a possible member lineup, the band began jamming and had a solid concept well before any media exposure. Spawned from the nautically-themed brainchild of David Dreyer (lead vocals) and Jimmy Hayward (guitarist/director, Jonah Hex), Legend of the Seagullmen currently include Danny Carey (drums/Tool), Brent Hinds (guitar/Mastodon), Pete Griffin (bass/Dethklok), Chris DiGiovanni (keys/synth) and Tim Dawson (guitar).

An eager new spectrum of fans impatiently waited for the band to release, or tour, or interview, or something, and after a few more years, The Seagullmen performed their first live show in December 2017. Opening for Primus on New Year’s Eve in Oakland, California, the band was met with strong first-impression praise and a tempting morsel as to what the album might hold.

In a seven-seas-Inception move, the band opens their self-titled album with track “We Are The Seagullmen,” which is not to be confused with fifth track, “Legend of The Seagullmen,” and of course, the full band name, Legend of The Seagullmen. Can’t say it isn’t catchy; can’t say anyone will forget their name. “We Are The Seagullmen” begins with a distant chime, ancient-wood groans, the gentle swallow of waves lapping sand and the cry of none other than – a seagull. The marineland melody is quickly carved away with a grungy bass line and shadowing guitar. Dreyer’s vocals emerge gritty with salt and fully immersed in lyrical folklore as Carey’s distinct hits begin to surface. Hinds, Dawson, and Hayward interlace their guitars in a seamless map straight from the bottle it was rolled up in.

“Shipswreck” preps listeners with hazy synth and a single, anthemic beat for the calm before the storm. Intensifying with the increase of instruments, the track is garnished by unrivaled fills and greasy guitar solos. Each repeat of the hook brings a genius pairing of flair and technique echoed by the talent of the band as a whole.

The “Ballad of the Deep Sea Diver” combines old school spaghetti Westerns with the ultimate soundtrack for sailing off into the abyss. The spoken word announcement of the tune’s title cues a twangy riff and emphatic beat-mirroring background vocals. Dreyer’s vocals theatrically spew the tale of the Deep Sea Diver, bringing life to the legend and deeply rooting the album’s final track. Blossoming in climactic ascent, a full-string accompaniment follows the lyrical conclusion, drawing the bewitching instrumental epic to a close.

Expelling the antiquity of genre confinement, Legend of the Seagullmen show a rare side to the supergroup norm. Their fantasy sea-themed traverse is one of friends being friends who allowed millions of other people in on the jam sesh. The Seagullmen’s combined talents offer a fully-immersed experience, providing more than just their famous names. While a tour or even future performance dates have yet to be announced, Legend of the Seagullmen have only just begun. That is why CrypticRock gives this album 4 out of 5 stars. 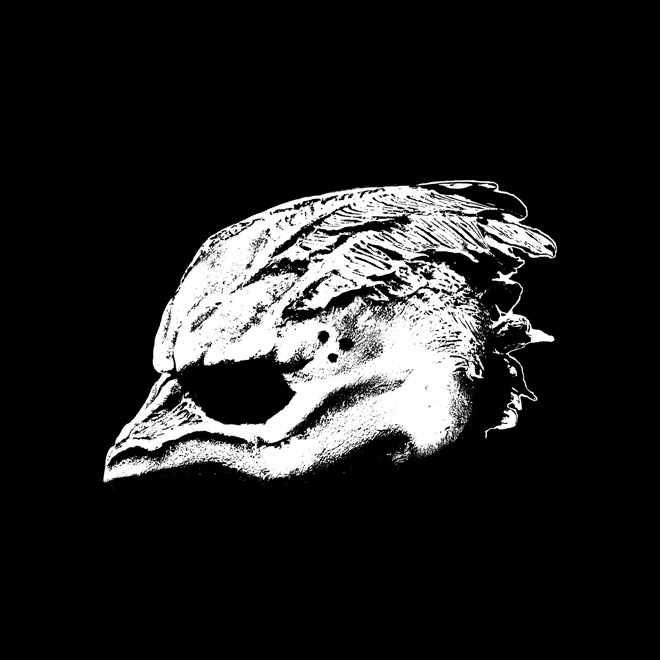 Purchase Legend of the Seagullmen: