Every country in the world has its own set of myths and urban legends, and Australia is no different. There is a stretch of road in rural New South Wales, Australia, called Lemon Tree Passage Road, where teenagers race in an effort to see the Lemon Tree passage ghost. This road is the focus of Lemon Tree Passage, the latest horror movie by Thirteen Disciples. Written by Erica Brien (Blind 2013), and director David Campbell (Afternoons with Max Marshall 2012, Blind 2013) making his full-length debut, Lemon Tree Passage is predominately filmed around South Australia. With most of the events take place at night time, the cinematography by Sam King (Italian Spiderman 2007, Collision 2011) certainly maximizes the creepiness on a lonely road. Australian viewers may recognize lead actor Tim Phillips (The Cheerleader Diaries), along with many other cast members, as characters from the series Neighbours. With Phillips (known as Daniel on Neighbours) playing the role of Geordie and starring Jessica Tovey (Tracks 2013, Wonderland 2013) as Maya, Lemon Tree Passage is another addition to the growing list of innovative Horror films coming out of Australia. 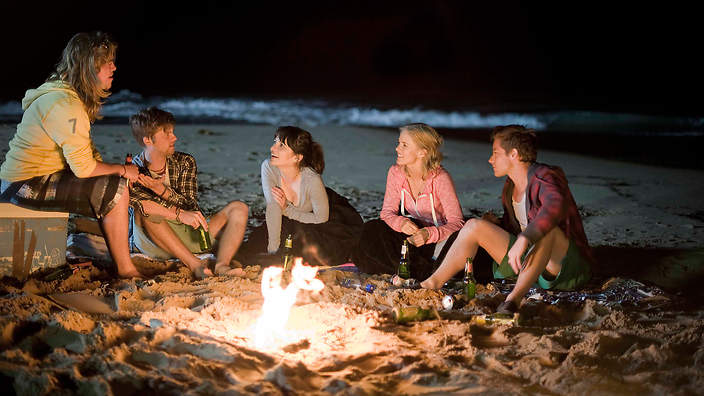 Geordie and his friend Oscar (Andrew Ryan: Tomorrow, When the War Began 2010, Not Suitable for Children 2012) befriend a trio of American backpackers whom they meet on the beach one sunny day. Maya, Amelia (Pippa Black: Law & Order: Special Victims Unit 2012) and Amelia’s brother Toby (Tim Popcock: X-Men Origins: Wolverine 2009, Dance Academy 2010)  become instant friends with Geordie and Oscar, and while sitting around a campfire that night, they tell each other scary stories. Most of these are pretty tame until Oscar tells them the story of Lemon Tree Passage. As the story goes, a couple of years ago a motorcyclist was killed by a car full of teenagers who drove off after. His ghost haunts that stretch of road, seeking revenge, and if one speeds down the road at night time at the right speed, he will see a flash of blinding white light. This story excites all of them, and they decide to see if the legend is true. After stopping briefly at Oscar and Geordie’s home, everyone happily piles into the car to head to Lemon Tree Passage Road, not knowing this will change their fate. Geordie’s brother Sam (Nicholas Gunn: The Dream Children 2014, CRANE 2014), discourages them from going, but they are undeterred. Sam is already a strange man who sees a number of dark visions and seems to be haunted by something, but how does it tie to the infamous road? Like Sam, Maya also begins having dark bloody visions about a girl, the woods, and their fate. 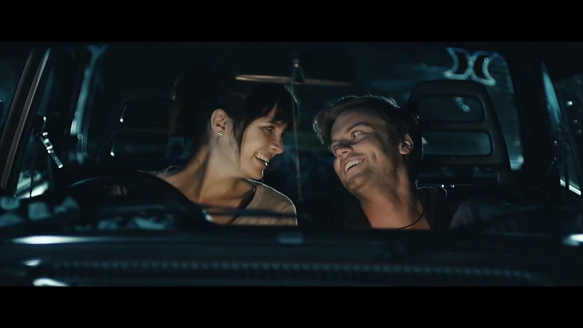 Geordie drives, and as they reach Lemon Tree Passage Road, Oscar insists Geordie drive faster, which he does. It is then that the group does see the bright light, and they want more. Despite strange happenings and weird noises, they repeat the process many times with the same result until Oscar suggests he stand on the side of the road and film what happens next. When Oscar suddenly disappears, Geordie, Amelia, Maya, and Toby search for him using the car. After failing to locate Oscar or any trace of him, they stop and search on foot through the woods that surround the road. As they search frantically for Oscar under torch light, their phones mysteriously lose their signals. They are all effectively stuck in the dark in a haunted area. Geordie and Maya fight their attraction as Toby goes missing, then Amelia. Struggling to figure out what the hell is going on, Maya and Geordie notice that a dead body has appeared in the trunk of their car and that disturbing footage has appeared on one of their cell phones. What began as a fun day has turned into a living nightmare. The arrival of Sam only confuses matters until Maya’s visions start making more sense, but that doesn’t stop people from disappearing. Sam’s deep dark secrets may be the death of all of them. Who will be left standing when the ghost gets its vengeance, and will they be fodder for a new array of urban legends and campfire ghost stories? 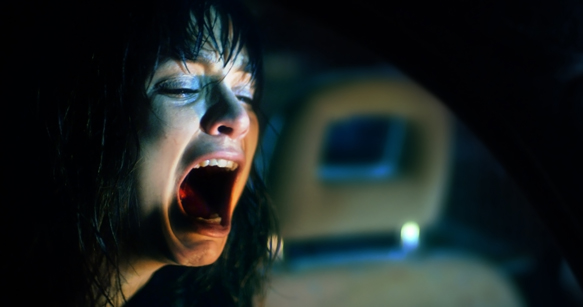 The special effects in Lemon Tree Passage are well-handled, making the events seem not only believable, but downright scary. Along with a solid plot based on legend, the film is also well-acted by a young cast who portray a real emotional intensity in the film, which builds the suspense in each scene right up to the surprising end. To the delight of viewers, there are plenty of twists and turns as well as plenty of blood and gore for Horror fans. Lemon Tree Passage is another shining example of the excellent film production that Australia has developed, particularly in the Horror genre. Hopefully the film will receive an American release very soon. CrypticRock gives Lemon Tree Passage 4 out of 5. 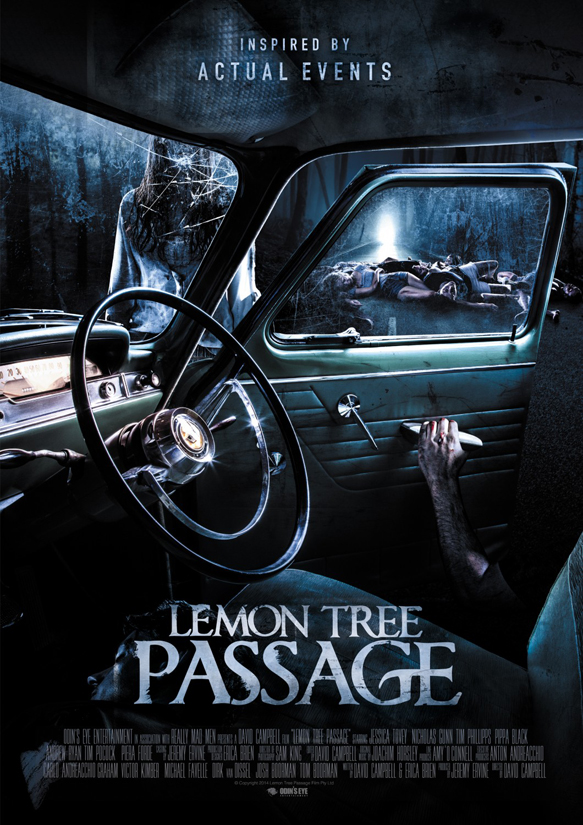