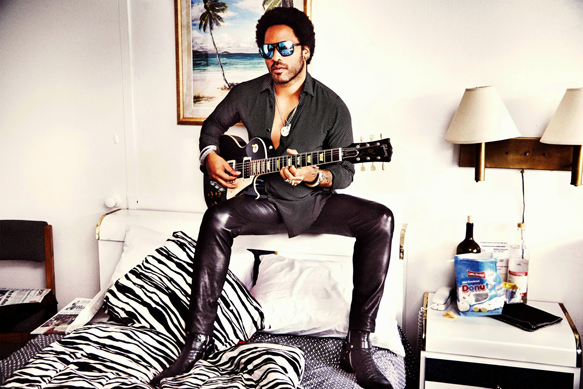 Born to African American actress Roxie Roker (The Jefferson’s TV series 1975-1985) and TV News producer Sy Kravitz of Russian-Jewish descent, at a time when mixed race couples were not accepted in American society, Lenny Kravitz first came onto the music scene in 1985. Because he did not fit into the typical musical pigeonholes, it was not until 1989 that he released his first album titled Let Love Rule. Combining talents in singing, songwriting, producing, arranging, and playing his own instruments, Kravitz is a one-man army in the musical field. His style is a very retro ’70s Funk with Disco being an obvious influence. Mixed with some ’80s guitar riffs, his songs are highly polished, perfectly produced tracks that defy age or genre. These days, he is widely known for his acting roles as well as his music, including playing Cinna in the Hunger Games trilogy, but it is his offerings in the musical field where Kravitz makes the biggest mark.  His newest album, Strut, was released September 23, 2014, marking his first in three years.  It also is his tenth overall studio recording and first on his own record label, Roxie Records Inc, named after his mother.

The first track is simply entitled “Sex,” and makes for funky, fun, and infectious dance floor filler. “The Chamber” is a typical ’70s Disco hit, a little corny and cliché, yet totally enjoyable. With an element of times gone by, “Dirty Boots“ brings a sexy and psychedelic style but gets a bit tedious and repetitive towards the end, while “New York City” is funkadelic, complete with hand claps and full-on harmonies. In “The Pleasure and the Pain,” Jazz and Blues influences spill out, while there is a strong message about being one’s self in the rhythmical title track, “Strut.”  Meanwhile, the tune “Frankenstein“ has a delightful harmonica section guaranteed to grab listeners’ attention. On the other side of the spectrum, the power ballad “She’s a Beast,” has darker, sexual undertones. This is followed by the spiritual “I’m a Believer,” which refers to Kravitz’s strong Christian belief and is more Gospel, happy, clappy, and feel good in style. “Happy Birthday” is a rather odd track and could come across as forced to some listeners.  Sadly, it does not flow well and could be considered a blemish on an otherwise fantastic album. On the other hand, the sax solo in “I Never Want to Let You Down” fits perfectly with the bluesy guitar riffs raising the bar back up. Finally, Kravitz wraps up Strut with the 1965 The Miracles’ hit “Ooo Baby Baby” in a respectful, worthy rendition that is very nostalgic.

There is something to be said for Kravitz’s mix of styles, smooth vocals, and refusal to make bland, generic, contemporary music. His albums are like a bag of pick and mix: full of variety, sweet to taste, and will make listeners remember their childhood with fondness. The tracks are generally radio and club friendly and will make people want to dance. The guitar riffs will please the Rock fans, while the Soul fans will love Kravitz’s distinctive voice. Strut is a very solid piece of work and, while not as strong as 2011’s Black and White America, will still please Kravitz’s dedicated followers.  CrypticRock give this album 4 out of 5 stars. 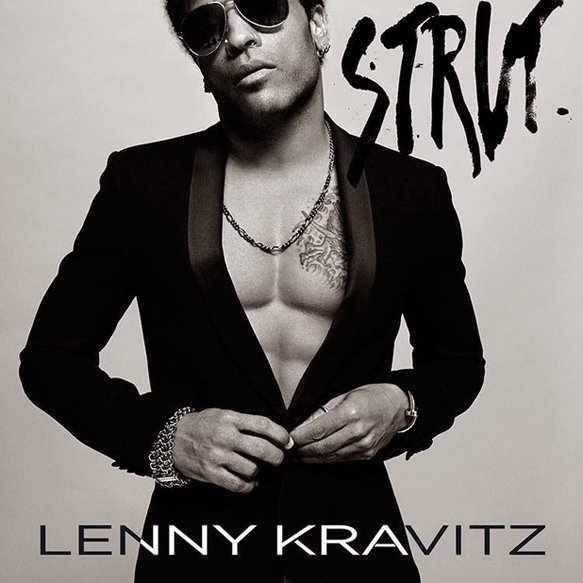